A 100% Spoiler-Free Review of Star Wars: The Force Awakens

“A long time ago in a galaxy far, far away…” 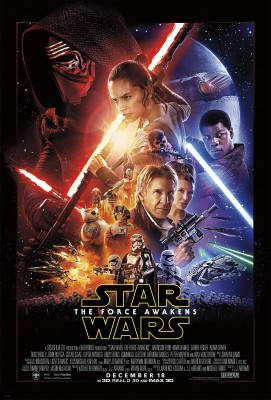 That’s the way they all begin, but it isn’t always a sign of great things to come. For fans that have felt let down by tweaked versions of the original trilogy or a backstory that didn’t feel worth the wait comes a film for fans, by fans. Brace yourselves, for the force has awakened.

This review promises to be spoiler-free, which isn’t hard to do because there’s so much that’s done right in this film that I could sing its praises all day without touching on plot details. When George Lucas made the original trilogy, cameras weren’t as portable as they are now. There are some amazing shots in this film, camera maneuvers that have yet to be seen in the Star Wars universe. In large part, these shots would have been too complicated to be possible had J.J. Abrams not insisted on doing so many visual effects practically in lens. The new (and incredibly likeable) droid BB-8 is a perfect example of this. Much of the time it’s a real robot, truly there on set and when the camera gets down to his point of view to follow him, it’s like nothing you’ve seen before. Remember when the camera remained still as R2-D2 and C-3PO waddled deep into the dessert? Shots like these are much improved this time around. 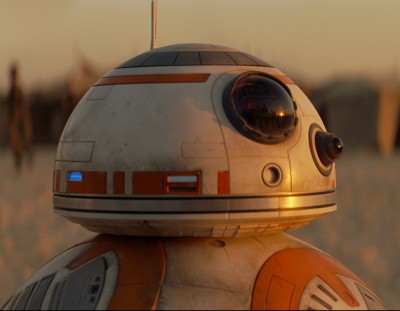 The visual effects are wonderful. There are many moments that obviously use computer effects, but for the most part they go completely unnoticed. The only times I felt taken out of the film by an effect was with the few characters who are completely computer generated. They look slightly more convincing than Jar Jar Binks did, but you can still tell they are digital. And in case that last sentence scared you, any similarities to Jar Jar begin and end there. No character in The Force Awakens should grate on your nerves to quite that same degree, or any degree for that matter. And may we all hope that nothing like that ever happens again. 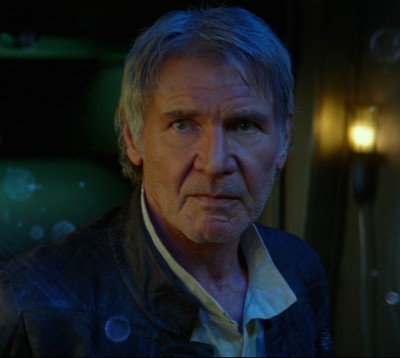 Acting performances deserve a great deal of applause in this film. Starting with the veteran performers, Harrison Ford gives what I feel is the best acting performance of his career. He’s Han Solo, exactly as you remember him, just with more experience. He’s funnier than I remember, but also warmer. While the Academy of Motion Pictures Arts and Sciences rarely gives acting accolades for films like Star Wars, I think it would be a great upset not to nominate him, as it’s one of the best performances I’ve seen all year. To that same degree, Carrie Fisher is Leia Organa just as you remember her; Strong, proud, sassy and nurturing all at once. I was emotionally overwhelmed during several of her scenes, another brilliant performance. 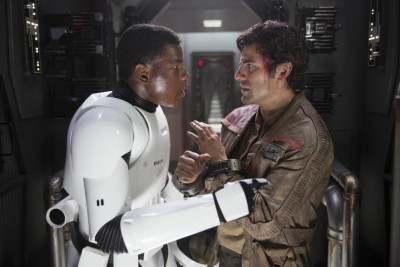 The three new leads are all fantastic. The film is surprisingly funny at times, thanks in no small part to this trio. John Boyega and Oscar Isaacs both fill roles that the new generation can easily idolize in the same way that Luke Skywalker and Harrison Ford became legendary to millions of worshiping kids. But it is Daisy Ridley’s performance as Rey that will leave a lasting impression afterwards. She’s so likeable and relatable that Rey will instantly become one of your new favorite characters, along with the aforementioned BB-8. 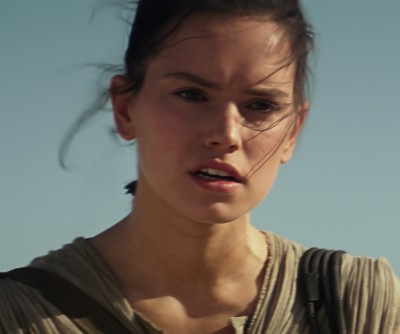 The Force Awakens is definitely a film for our modern times, but that doesn’t mean it loses any of the qualities that make Star Wars great. It pays homage over and over, reminding you of why you love these films. If there’s one criticism you can give Episode VII, it’s that it maybe relies on this too frequently. But in keeping with the times, the lead is a strong female character and the film spends some time setting up some elements that don’t pay off by the end, as they will be in upcoming episodes (Thanks, Marvel Cinematic Universe). Don’t worry; it’s nothing boring like an explanation of midichlorians. The setups are done quickly and within scenes that drive the plot forward. You don’t feel like any key elements are unresolved until the film has ended and you start to think back about everything you just experienced. 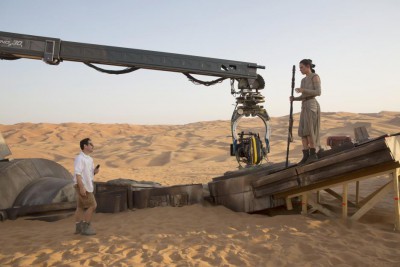 J.J. Abrams has done a fantastic job directing this film and I’m a little sad that he won’t be continuing for the next installment. The film is very well paced from beginning to end and only drags for a brief moment in the middle. But to me, the best thing about this film is that it manages to be inclusive of fans of the franchise, making their visit to the theater worth the wait, but also manages to be a great starting point for a new generation to get into the series. In other words, this is the Star Wars film you’ve been waiting for.

I give Star Wars: The Force Awakens 5 out of 5 crushed Darth Vader helmets.