Every year at the Oscars, it seems that animated films get left out in the cold.  Before the introduction of the Best Animated Feature category, only one animated film, “Beauty and the Beast”, had been nominated for one of the big, non-technical awards (though “Toy Story” had it’s screenplay nominated in 1995).  Since then, “Up” and “Toy Story 3” have found themselves nominated for Best Picture, but the new glass ceiling for animation is the acting categories.  That’s why it may be surprising for most people to learn just how much work Disney puts into their character’s acting performance.

Disney held a presentation entitled “‘Frozen’: The Art of Animation” at the Arclight Cinemas Hollywood on February 10, 2014.  The panel was hosted by Lino DiSalvo (AKA Vinnie the Pigeon from “Bolt”), who was the Head of Animation on Frozen, as well as Wayne Unten, Becky Bresee, and Hyrum Osmond, the Animation Supervisors for Elsa, Anna and Olaf, respectively.   In addition to Disney’s guiding principles of having compelling stories, believable worlds and appealing characters, a big emphasis in the presentation was what they called “truth in acting”. 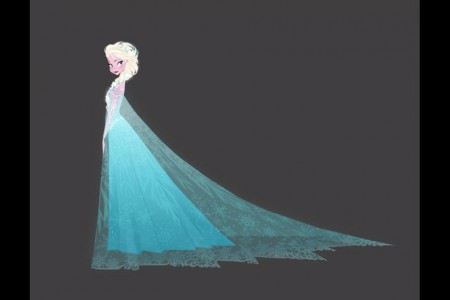 To achieve this, the first step was a group meeting with acting coach Warner Loughlin (who has also worked with Amy Adams, Ryan Reynolds, Zooey Deschanel, among others).  Together, they discussed the backstories of each character, beyond the timeline of the film itself. “The basic principle was: how do we get 70 animators to be on the same page? And the idea was, if we know—if we believe the character’s history of who they are, all the animators will pull from the same history, from the same character moments”, DiSalvo explained. 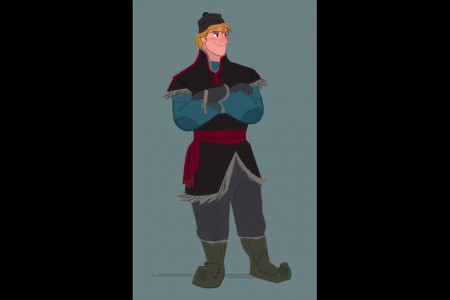 Next was to meet with the voice actors. The animation team will use incorporate some of the actors techniques into the characters. For example, DiSalvo showed a clip of Jonathan Groff, the voice of Kristoff, demonstrating for the animators the different ways he sings and his process for singing (Somewhat ironically, Kristoff only has the short song “Reindeer(s) Are Better Than People” in the film).

Following this, the animators created what they call “Emotional Crescendo Boards”, which were used to mark the emotional high points and low points for each character in a given sequence.  This would be used to prevent the animators from foreshadowing a moment too soon or, as DiSalvo put it, “over-animating the whole film where the first five minutes you’re watching… you’re numb to it, everything’s so loud”. 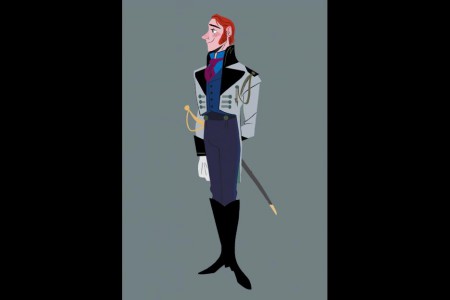 One of the unique challenges to “truth” in “Frozen” is that the characters spend a fair amount of time trudging through snow.  Seeing as Burbank doesn’t get much snowfall, the crew took a trip to Wyoming to experience a part of what their characters might be facing.  They noted what it looked and felt like to walk, run and fall in the snow.  They even took test footage of possible camera angles to reference later. This actually lead to a change in the film’s story.  “The film actually had a lot more of the characters on their journey, but when we reported back to Chris [Buck] and Jen [Lee]… the truth in stepping in that snow and trudging and, especially if you’re at elevation, you quickly get so winded that it was something that… you really couldn’t buy,” DiSalvo said, “the film would have gone nowhere fast.”  Later, the crew brought in a ball pit to try to replicate the snow, but this idea was less successful.

Perhaps the most interesting topic covered was the relationship between hand-drawn and CG animators, which DiSalvo called, “very very very special to us”.  In fact, when the crew were watching “dailies” (scenes the animators were working on that day, which are then screened and given notes), animators like Mark Henn (long-time Disney animator) would sketch expressions the crew described as missing from the scene.  In fact, DiSalvo said that most of the notes given in the dailies screenings weren’t about the technicals of the shots but rather the acting and subtext. “We very much used dailies to talk about… is that the right choice? Are we crescendoing in the right spot? How does the acting feel?” DiSalvo said. 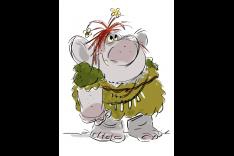 The characters for “Frozen” would first be born in hand-drawn form.  They would be tweaked and evaluated until the team felt they had captured the character, they would then animate them in CG.  The first thing they would produce were 10-second animation tests. “The idea behind these tests— they’re not supposed to be… unbelievable, ground-breaking animation; they’re supposed to be the subtext and who the character is  in the film and how they react to a situation,” explained DiSalvo.  For example, Anna’s screen test featured her getting hit with a snowball, then playfully running off.  As DiSalvo stated, “anyone reacts a million different ways being hit in the face with a snowball— this is how Anna in ‘Frozen’ would react.” 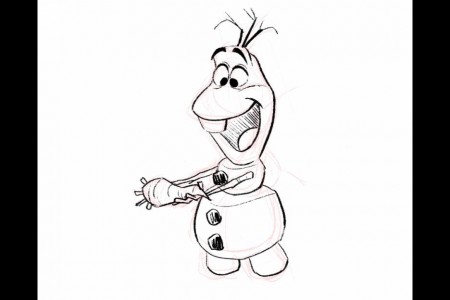 Each character is assigned to an Animation Supervisor.  The Supervisor for Olaf was Hyrum Osmond, who described Olaf as, “that character that’s kind of an animator’s dream.”  He elaborated by saying, “those broad expressions, you can pull him apart, put him back together… really anything you want”.

When they were developing Olaf, the animators were cautious.  As Osmond explained, “we didn’t want this character to be that annoying sidekick… or just a sidekick for the sake of having a sidekick.”  Instead, the animators decided that Olaf was trusting, pure, sweet and unconditionally loving.  This collection of adjective reminded Osmond of someone: his son, Timmy.  Osmond then brought in a short video of his son for the team to see, which helped them discover who Olaf was.

Another challenge with Olaf was deciding how his arms (made of sticks) would work.  For a time, when Olaf bent his arms, they would break and fray a bit.  However, the idea then came up that Olaf would not bend his arms at all, which actually gave Olaf more of a toddler-like quality.  In fact, the only time Olaf does bend his arms in the final film is during his song “In Summer”, since this is a fantasy sequence. 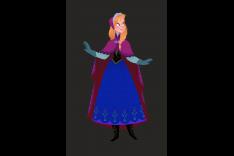 Becky Bresee, supervisor for Anna, then explained her work-flow process.  The clip she showed was when Anna is telling Kristoff that they are to leave on their journey.  The reason Bresee was excited about this scene was that, “it gave me a chance to show Anna’s goofy nature, which I love.  Kristen Bell lent her voice very well for that.”  A slightly embarrassed Bresee went on to show a clip of her acting out this scene.  She explains that she uses that as a reference when animating.  “I’m taking poses, I’m taking acting, I’m taking expressions.  I’m taking little thing that I do like, in the reference, I’m not quite sure what to do with my hands and it’s kind of uncomfortable,” she said, adding, “It creates little truths in my scenes and that’s that really brings the character to life and makes it believable.”

While animating the now infamous “Let it Go” sequence, Elsa supervisor Wayne Unten found himself focusing on one part in particular: the moment when Elsa removes her crown, throws it and lets down her hair (literally).  Unten first showed a copy of the lyrics, notated with actions as well as emotions.  As he explained, “the way that we treated the songs, we didn’t animate music videos… each lyric is dialogue in the film— it’s acting.”  His first pass at animating this moment lacked the sense of celebration he and the directors wanted.  Ultimately, he had to start over.  His first step in re-exploring this scene was to go into his office, crank up the music and sing along with it.  Unten did this in front of a mirror, and sketched out some thumbnails.  “I’m thinking about the subtext, so when I’m acting it out, I’m thinking about… when she takes off her crown, what’s going on in her head?” he said.  He then realized, “the crown represents the past and all that life living in fear, so when she takes it off…she’s not delicate with the crown… when she takes that thing off she’s saying ‘I’m not gonna live in this life of oppression’.”

Once this emotion was properly animated in, there was one final note to take care of: Elsa’s breathing.  Seeing as she’s belting out this song, the animators felt it important to show that accurately.  For reference, Unten watched footage of Idina Menzel (the voice of Elsa) in the studio.  As it is now, you can see Elsa’s diaphragm move as she breaths in, making the film even more believable.  Unten explained, “the purpose isn’t so the audience sees all those little details and makes note of that; it’s actually so the audience won’t be aware of it… and forget their looking at something that really isn’t real.”

So what are the odds that one day an animated character and their creators will get a nod for their performance? “I would love to see a performance in CG being so compelling that it gets nominated—that a character gets nominated for Best Actor at the Oscars”, said DiSalvo, “Either that, or invent another category at these award shows: Best Animated Character.”  This may be a ways off, but given critic’s and audience’s warm reception to “Frozen”, perhaps it’s only a matter of time before a film breaks through.