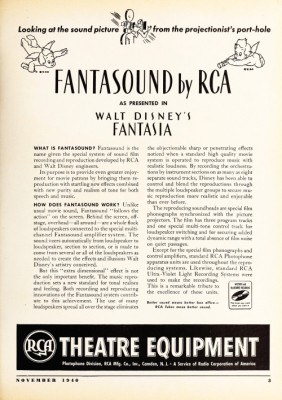 Walt Disney had many visions for Fantasia, but one of the more revolutionary was Fantasound. It was intended to be an immersive audio experience where music elements would travel around the theater, enveloping the audience in surround sound. Audiences seeing Fantasia in its original roadshow release would have heard the film this way if they saw it in New York City, Los Angeles, Boston, Philadelphia, Chicago, Detroit, San Francisco, Baltimore, Washington, Minneapolis, Buffalo, Pittsburgh or Cleveland. However, bookings for this engagement were unpopular as any theater playing host to Fantasia in Fantasound needed to close before and after to install and remove the additional speakers. 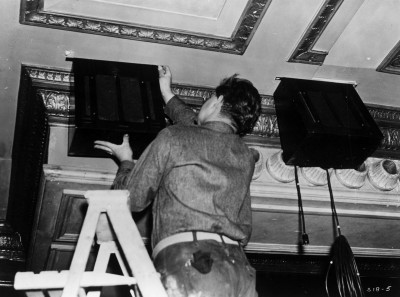 Fantasound required the use of five speakers, although it truly only used two separate audio tracks. The main track remained exclusively in the center speaker, similar to the common mono experience of that era. But the second track would “float” around the room, bouncing between the other four speakers throughout the show. In most theaters, the floating track was manually moved from speaker to speaker by a human operator, a far cry from the surround sound that is not only a part of every movie theater, bust also in many homes across America.

Over time, surround sound has improved and many have forgotten that Walt Disney and Leopold Stokowski were the innovators behind this every day experience. As Dolby Atmos gets added to more and more theaters, surround sound keeps getting better and better. That’s why Disney is reusing the name Fantasound on April 15th when Disney’s The Jungle Book comes to theaters. 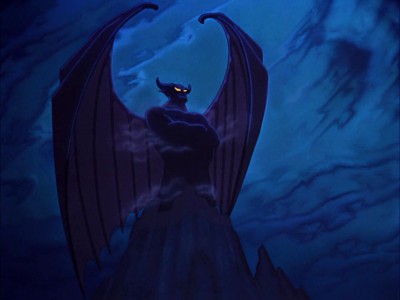 Director Jon Favreau often uses Fantasia to inspire his creative teams when making movies and when he was put in the director’s chair on Disney’s newest live action adaptation of an animated classic, The Jungle Book, he saw an opportunity to do something special. “I remember when I was talking to my sound people and to composer John Debney saying ‘Wouldn’t it be cool to explore what Fantasound would be now.'” 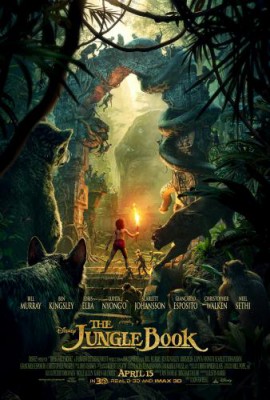 Dolby Atmos mixes typically fill the surrounding speakers with sound effects, but Debney realized it could be done with music the same way. “He really leapt at the opportunity,” explained Favreau, “So when we were miking the orchestra, we isolated instruments when we could. And in the sound mix, we created a Fantasound mix. If you go to see the film in Atmos, you will feel that there are instruments that move around the theater.”

“If you see it in a Dolby (Atmos) cinema, you will experience a version of what we were trying to channel which was Walt’s vision for this.” If you’re unsure of where your nearest Dolby Atmos theater is, Dolby has a theater locator tool that will help you find one. I have already experienced Disney’s The Jungle Book in Fantasound and can assure you, it’s worth the drive. Many fans often speculate what Walt would think about modern Disney, but I have a feeling he would have been extremely proud of this.