Nothing like a beautiful late summer day to visit Disney’s Hollywood Studios! While the park is enjoying a brief downtime, work is moving ahead at light speed on Star Wars Land and other projects. First, we have a look at a small change but one that shows how much one change can alter the look of the park: the removal of the ABC Sound Studios Broadcast Tower. As we are heading back to see the main work being done in the park lets take a look at Star Tours and how long the wait is… 10 minutes — a far cry from the hour plus just a few days ago. The Olaf and Mickey/Minnie meet and greet areas also have gotten some love over the past few months with new signage and marquees.

Back at the former site of the Streets of America mass clearing has been done for Star Wars Land construction. 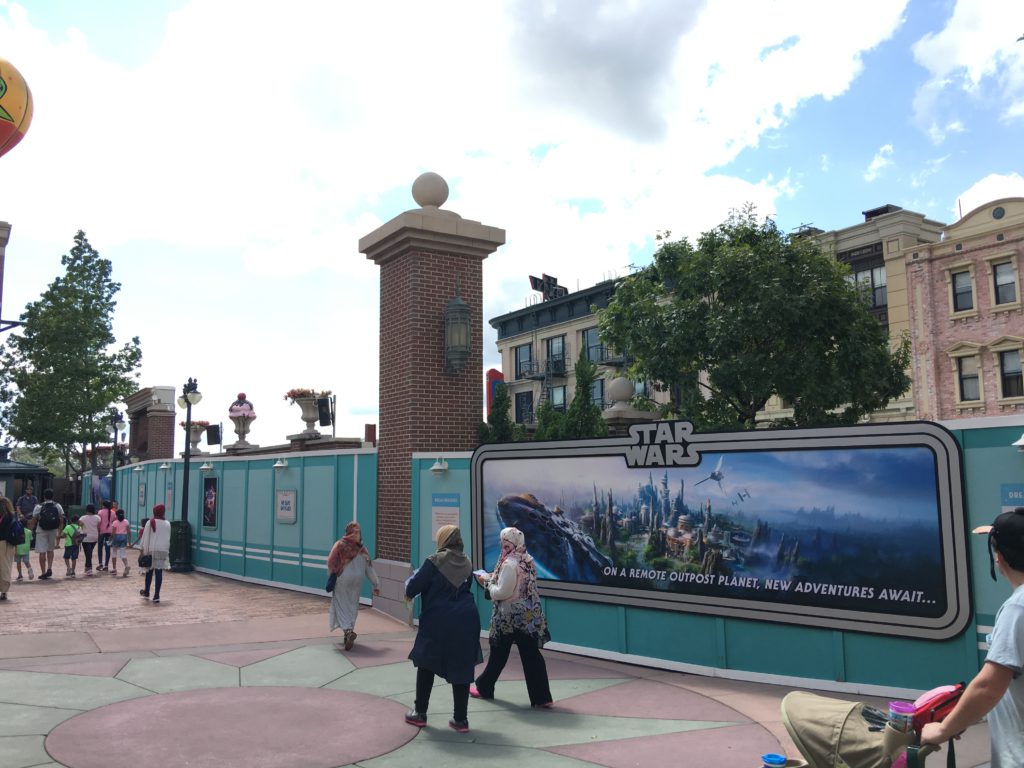 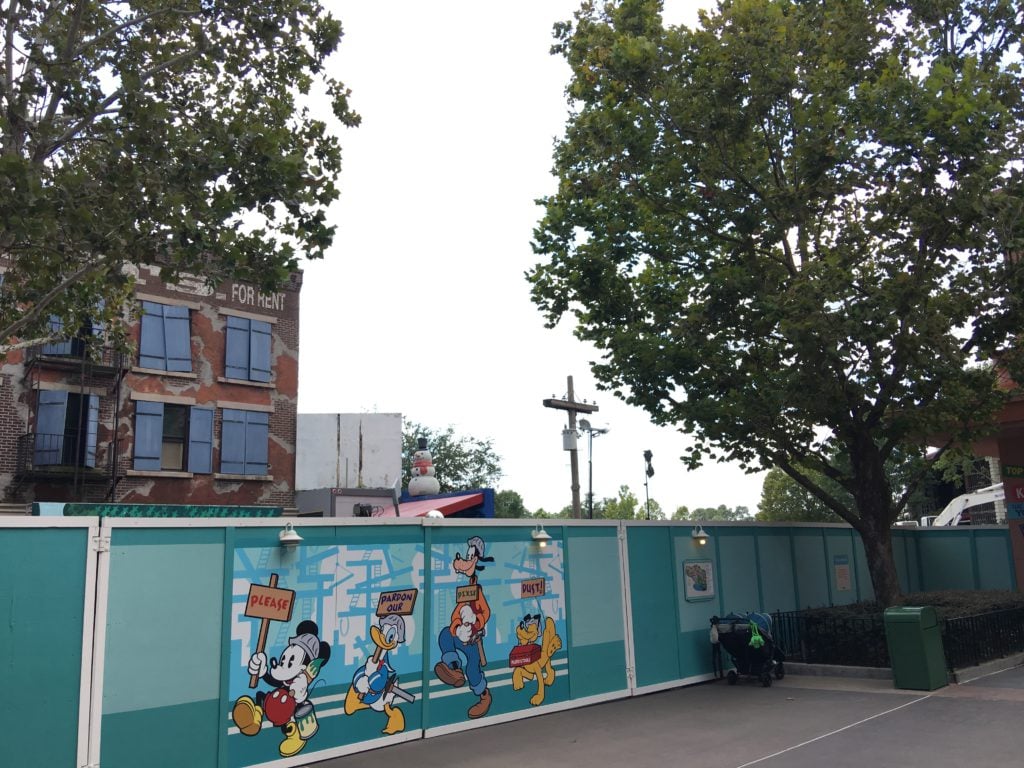 One of the projects that is just weeks away from completion is the PizzeRizzo counter service location. Having added lots of new signage and getting closer to finishing the second-floor addition, this location should be complete before the busy Christmas season at the rate they are going. As most know the folks over at WDI love to throw tributes to past attractions/show/restaurants into new locations and from this sign they are not being too shy about it this time. One change that sent the Twitter world a buzzing recently was adding a marquee to the existing bathrooms to add to the theme of the small Muppets land. The other expansion, Toy Story Land, is not as visible but work has been progressing with lots of land clearing backstage and the removal of the “Honey, I Shrunk the Kids” play area. 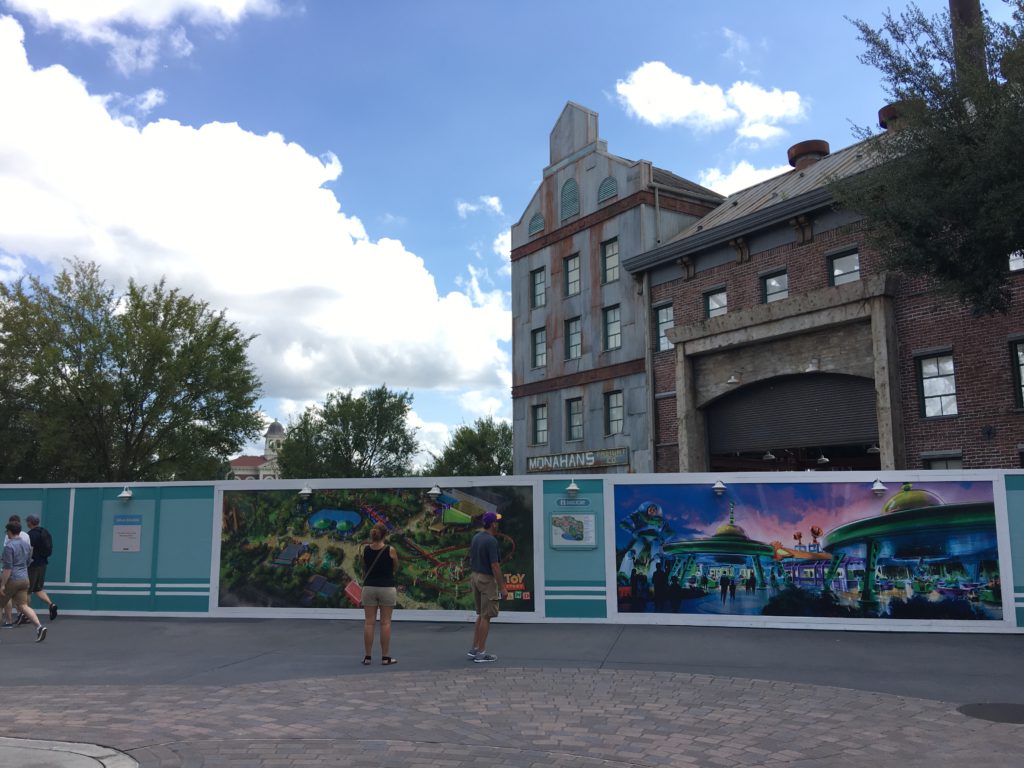 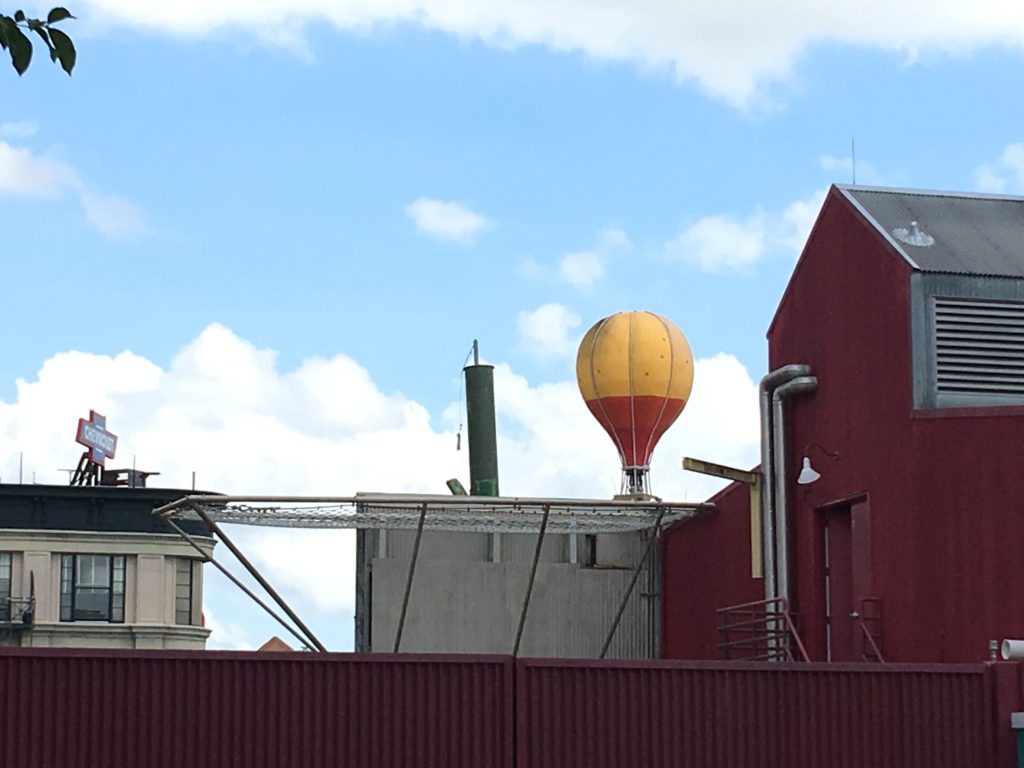 With September 8th, 2016 being the 50th anniversary, I would be remiss not to make note of the original costumes from Star Trek: The Motion Picture located in the lobby of The Great Movie Ride… but, to even that out, I’ve also included a picture of Captain Phasma and the First Order marching through the park. 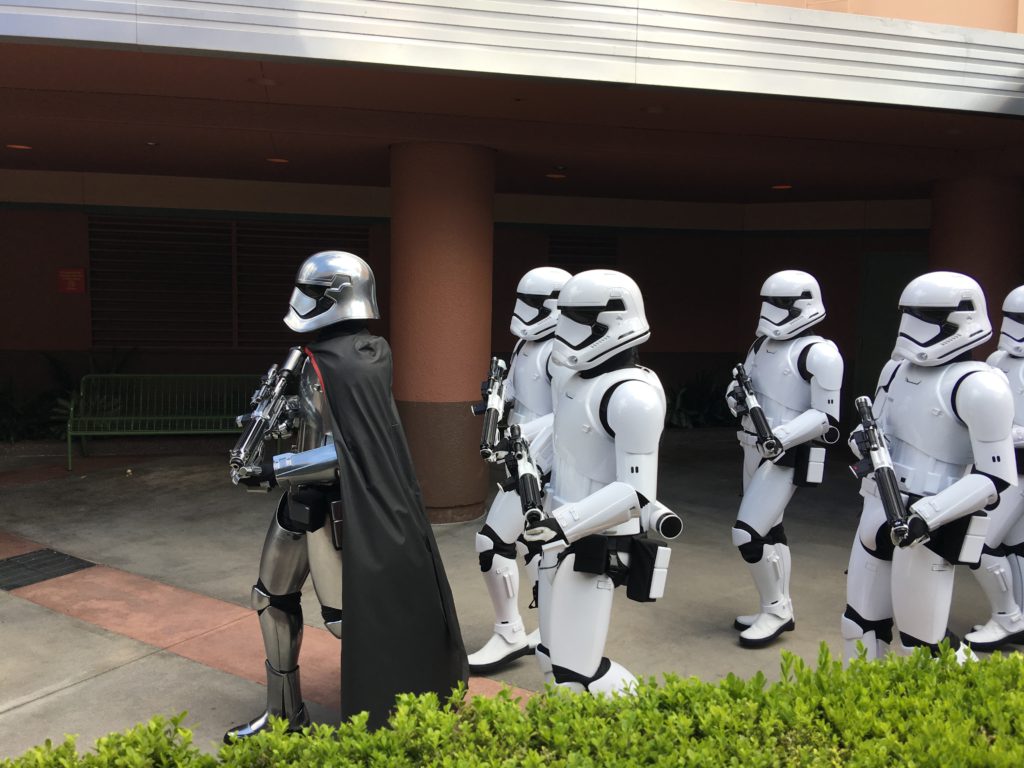 Look for updates soon including Mickey’s Not So Scary Halloween Party, the new Fall shows at the Magic Kingdom, and anything else that may pop up…but, until then, enjoy Gaston! 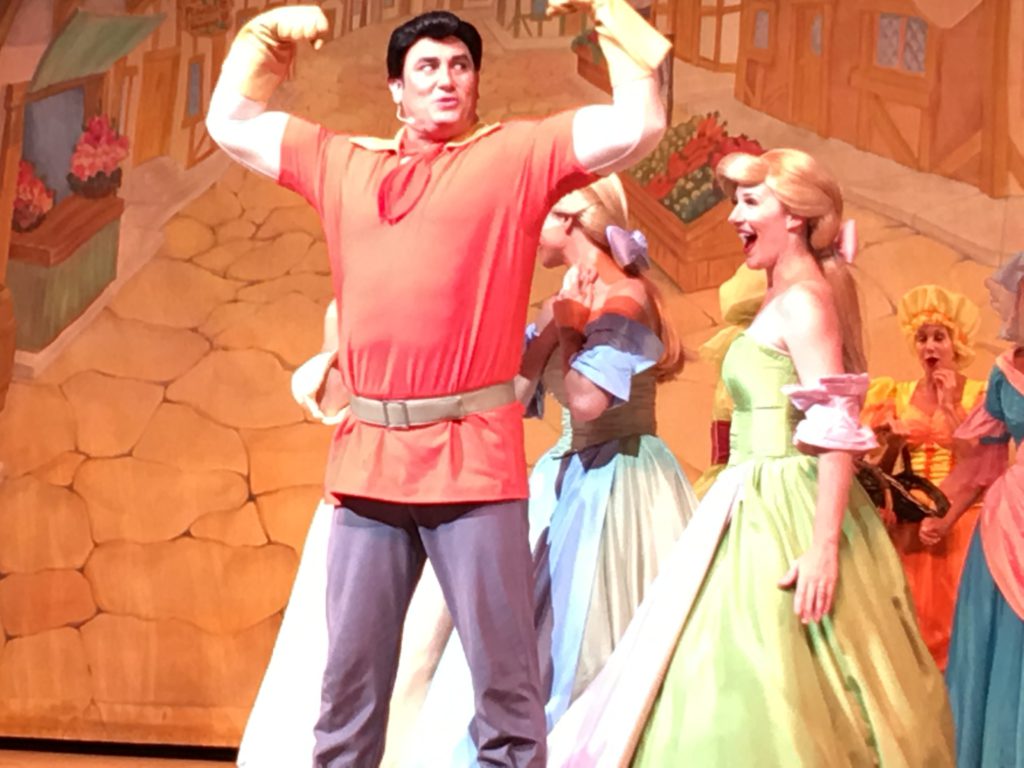