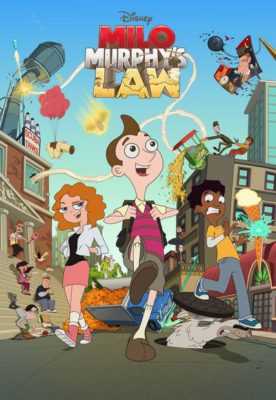 When Disney announced that Phineas and Ferb was ending, I was pretty sad. But when I heard that creators Jeff “Swampy” Marsh and Dan Povenmire were hard at work on another series, I was pretty excited. And when I learned that Weird Al Yankovic was attached, I couldn’t wait for Milo Murphy’s Law.

Based on Murphy’s Law, which states that anything that can go wrong will go wrong, the series follows the daily activities of one of Edward A. Murphy Jr.’s descendants. In the premiere episode, Milo’s friends believe he is jinxed. The new kid in town, Zack Curtiss, doesn’t believe it’s possible until he finds himself dodging obstacles alongside Milo.

Like Phineas and Ferb, each episode of Milo Murphy’s Law is split in half with two stories. In part two of the pilot, Milo, Zack and Melissa find themselves deep underground in a new civilization started by lost miners. Milo’s curse ends up saving lives this time around, although the highlight is when the miners elect his dog to be their leader. 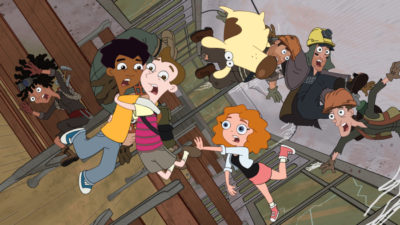 There are many reasons why it’s hard to not instantly draw comparisons between Milo Murphy’s Law and Phineas and Ferb. Stylistically, the characters and color choices feel like they belong in the same world. And with the exception of the lead character voiced by Weird Al, much of the supporting voice cast includes Disney Channel veterans like Sabrina Carpenter (Girl Meets World), MeKai Curtis (Kirby Buckets) and Chrissie Fit (Teen Beach Movie). 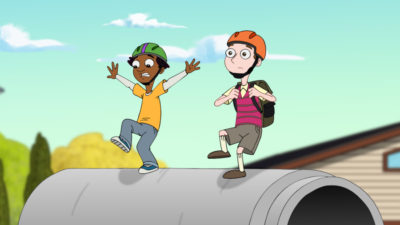 However, it also has more in common with shows like Nickelodeon’s Hey Arnold since it has swapped suburban Danville with urban Swamp City. It also appears to be less formulaic than Phineas and Ferb, with no villain to speak of and the only recurring theme being that bad things will happen to Milo. But the theme of the show seems to be finding silver linings, as Milo’s misfortunes usually have happy outcomes.

It’s hard to base a series’ longevity off a single episode, but the pilot of Milo Murphy’s Law didn’t entice me enough to tune in next week. I might occasionally catch it, but it didn’t get added to my DVR (and for the record, Phineas and Ferb was on my DVR list). While it is the best non-Star Wars/Marvel animated series on Disney XD, that in and of itself is almost a Murphy’s Law jinx as most of the network’s original content is pretty forgettable.