Is Mission: Breakout at Disneyland Resort in Thor: Ragnarok?

The folks over at Slashfilm have spotted what may be an homage to Disney California Adventure’s upcoming Guardians of the Galaxy: Mission: BREAKOUT! attraction in the recently released Thor: Ragnarok trailer.

Behind Jeff Goldblum, who portrays the Grandmaster, there appears to be a facility that has a striking connection to The Collector’s fortress that is being built in Anaheim. The connection is unclear, but in the comics both the Grandmaster and the Collector are members of the “Elders of the Universe.” Goldblum and Benicio del Toro, who played the collector, also seem to have similar fashion sense which may imply that there is a connection between the characters. 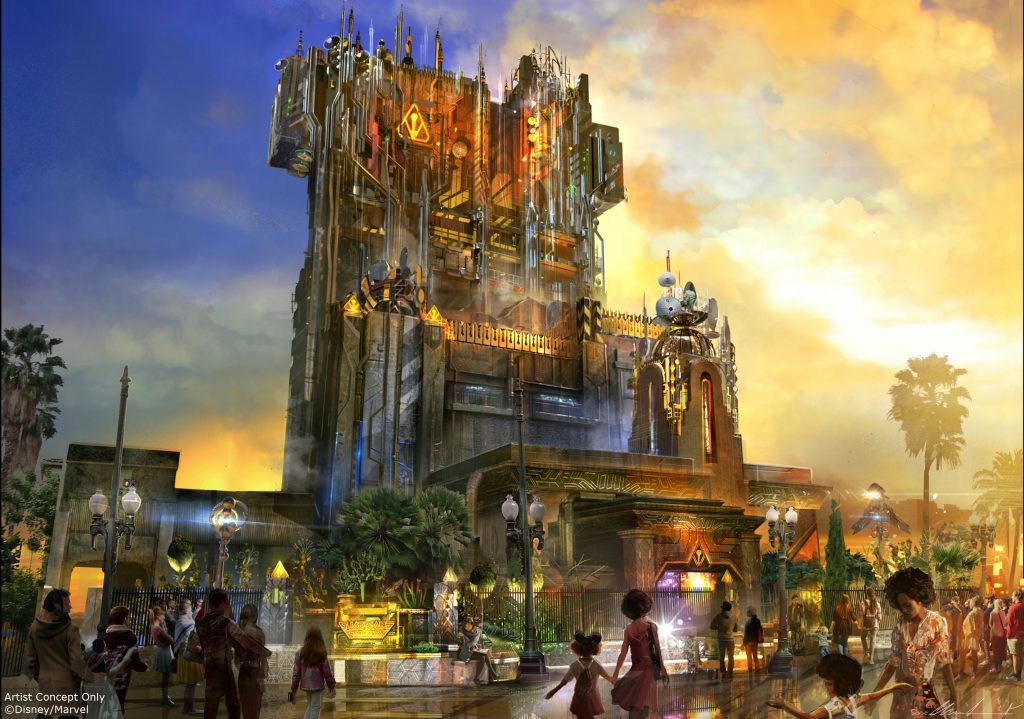 According to the backstory of the attraction, deep inside his fortress-like collection, the mysterious Taneleer Tivan (aka The Collector) is displaying his newest acquisitions, the Guardians of the Galaxy. They are trapped in customized display cases, suspended over a vast abyss. Unbeknownst to their unscrupulous captor, the intrepid Rocket has escaped and is enlisting the Collector’s VIP guests for help. Guests board a gantry lift, which launches them into a chaotic and hilarious adventure as they join Rocket in an attempt to break his fellow Guardians out of captivity.