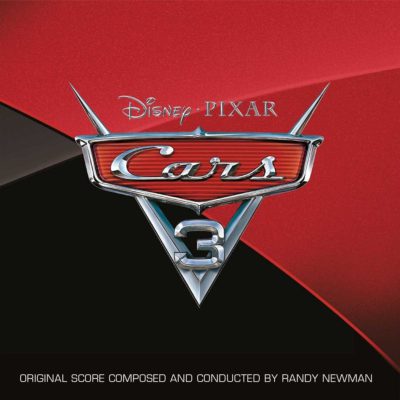 For Disney Pixar’s Cars 3, Walt Disney Records has released two separate soundtracks. The first features all of the songs from the film in one collection, while the other presents the full score. And while this is sure to be the less popular of the two, there’s a lot to love in the Cars 3 (Original Score) soundtrack from Walt Disney Records.

For me, one of the reasons that Cars 3 feels like it could have been made a decade ago in Pixar’s heyday is because Randy Newman returned to provide the score. Many people forget that he did not return for Cars 2, literally passing the baton to Michael Giacchino that time around. In fact, Cars was the last original film that Randy composed (he returned for Toy Story 3 and Monster’s University). But with a film that feels more like the original in both tone and spirit, Newman’s return strengthen’s the connection and makes the film feel uniquely Pixar… the good kind.

The new melodies that Newman has created feel like they could have been written for a cross between Toy Story, A Bug’s Life, and the original Cars. What’s impressive is that he doesn’t rely on his previous melodies very often, but they are undoubtedly Randy Newman’s own. For the most part, the score airs on the softer side with flights of whimsy and only the occasional tension you’d expect from a racing film.

The main theme is a very sweet, heartfelt melody, that can also be played for dramatic effect. In listening through the soundtrack several times, it can be found frequently and often. But my favorite use is on a track called “Through the Pack,” which also combines some of the other themes and comes towards the end of the album.

Another fun theme is best used on a track called “Drip Pan.” It’s full of optimism and spirit, performed with uptempo violins and horns, both signatures of Randy Newman’s scores. This particular melody comes to represent Cruz Ramirez through much of the film.

The track that feels the most like the score from the first film is called “If this Track Could Talk” (how poetic!). It uses some of the uptempo theme, but adds in some folksy instruments which became the touchstone of many of the Radiator Springs orchestrations the first time around. It’s a slower track and contains the more melancholy theme for this film, which is repeated elsewhere on the soundtrack but is used most effectively here.

If there’s one regret I have on this soundtrack, it’s that there isn’t a “Cars 3 Suite” type of compendium with all of the themes. Since the end credits play with upbeat pop songs about cars, we miss out on getting one track to rule them all. If you’re like me and create lots of movie music playlists, I recommend the aforementioned tracks (“Through the Pack,” “Drip Pan,” and “If this Track Could Talk”).

I couldn’t be happier that Randy Newman returned to score Cars 3 and am grateful that Walt Disney Records chose to release the entire score, rather than just rounding out the other soundtrack with a few highlights. There are two bits of “score” that are missing here, as they were written by Brad Paisley to underscore the demo derby sequence. Those can be found on the other soundtrack, but Randy Newman purists will delight that this release is all Randy from start to finish.