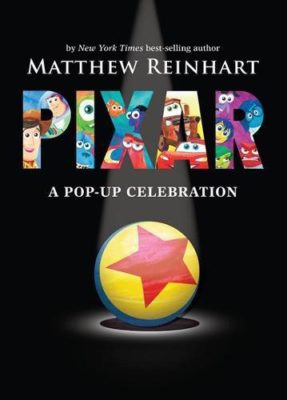 Adult coloring books provide a creative way to destress and release your artistic side, but Disney Editions invites us to escape through another childhood past time, pop-up books. From New York Times best-selling author Matthew Reinhart comes Pixar: A Pop-Up Celebration, advertised for ages 12 to 99. If you’re still delighted by Disney art books, you’re likely to marvel at every page of this deluxe pop-up book.

With a short paragraph of text on each page, Reinhart tells the Pixar story in short form, recapping its humble beginnings to its box office, award winning glory. Nineteen feature films are represented, with as many as four fold-out sequences from films on each page. Smaller pull tabs also reveal artwork from nineteen of the studio’s theatrical shorts. The center of each page supports the text, with Luxo Jr., the original PIXAR server, storyboards, animation modeling systems, and the iconic Pixar gates as the centerpieces. 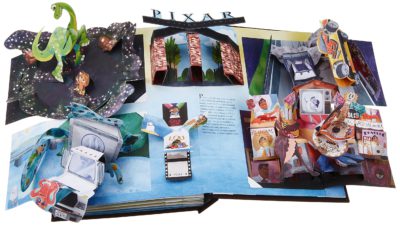 Every film from Toy Story through Coco have impressive fold-out piece, most of which are elaborate and intricate. The most impressive one for me was Cars 3, which recreates the finale race. As you open the fold, you’ll find that Cruz Ramirez is animated, flipping almost 360 degrees above Jackson Storm! The spread for Up also dazzles, as paper balloon clusters expand beyond the space you’d expect and Carl Fredrickson’s house pops out.  There are also hidden gems, such as doors that open in the Monsters, Inc. section, A113’s, and hidden Mickeys.

This is the second pop-up book by Matthew Reinhart that Disney has released, the first being themed to Frozen back in 2016. I was surprised by how different the two are, despite being the same size. The Frozen book mostly featured full page spreads with smaller pop-up folds or flaps. This one, however, features smaller centerpieces and instead delights in what’s under each film’s poster. 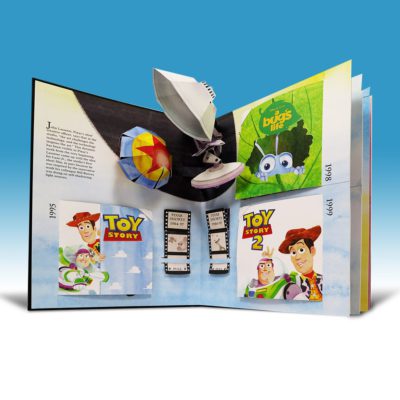 Pixar fans are going to love Pixar: A Pop-Up Celebration. Due to the intricate and delicate pop-up elements, this book fetches a pretty price of $65 MSRP. As many of the scenes need to be folded back up slowly and gently to avoid damage, parents are encouraged to handle the book for younger kids who will surely be intrigued by it. But as the recommended age range suggests, this is aimed at an older crowd of pop-up art enthusiasts to enjoy. There’s a lot to love and this would make a special gift for the Pixar fan in your life.

This review covers the standard edition, but fans should note that there is also a signed and numbered Limited Edition available, which comes in a deluxe box with a bonus pop-up Luxo Jr.