Below are pictures of Hong Kong Disneyland's parade along with the parade's press release:

Every day the stars from Walt Disney's classic animated films come to life in "Disney On Parade," a lavish moving spectacle in Hong Kong Disneyland Park.

Disney "celebrities" -- including Mickey Mouse, Snow White, Ariel, Chip 'n' Dale and the Cheshire Cat -- perform in the daily parade that winds throughout much of the theme park. The parade begins in Fantasyland and passes in front of Sleeping Beauty Castle and down Main Street, U.S.A.

Nearly 100 performers and technicians plus articulated puppet figures are part of the colorful parade. Michael Jung, creative director for Walt Disney Creative Entertainment, was in charge of developing the parade along with other live shows for the new park. He was joined by a staff of show business veterans from New York, Hollywood and other Disney parks.

Here's the lineup of gala floats featured in the new parade: 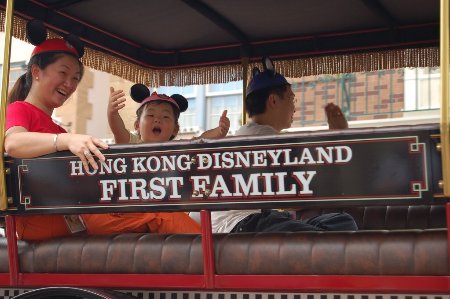 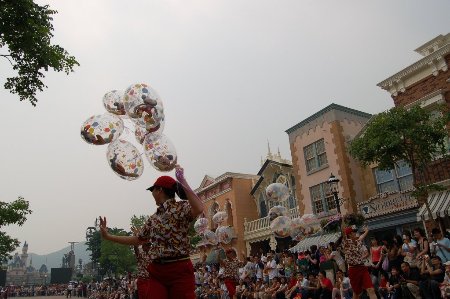