by Daniel Kaplan
July 23, 2007
A countdown of the all-time 50 greatest quotes at Walt Disney World as determined by LaughingPlace.com contributor Daniel Kaplan.

Magical Quotes, the Top 50 Best Quotes of Walt Disney World
by Daniel Kaplan
This article was supplied by Orlando Vacation

Disney theme parks have long been known for the wonderful use of architecture, lighting and music to create magical stories. What's often less talked about are the great scripts also heard by guests on a daily basis in the parks. To me, it's one of the biggest Disney differences that set the parks above others. How often do people remember quotes from rides at Cedar Point or Six Flags Great America after all? Let's take a look at what I think are the top 50 best quotes of Walt Disney World, both past and present. 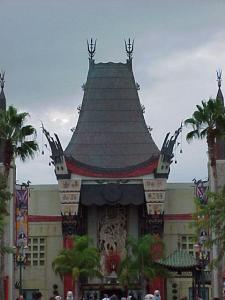 #50 - "That just goes to show that anything can happen in the movies." Host, Great Movie Ride

What was a relaxing tour through the world of movie quickly becomes dangerous when a troublesome gangster or rambunctious cowboy takes over control. With just a little bit of movie magic, your original host emerges triumphant and utters what everybody is thinking. The cliché line is a great capper to the visual gag.

#49 - "Talk about your weakest link!" - Regis Philbin, Who Wants to be a Millionaire Play It!

In an unusual departure for Disney theme parks, Regis Philbin makes a direct potshot at the opponent. The opponent being the Weakest Link game show, then airing on rival network NBC.

#48 - "Mr. Baxter, if you think you're seeing mermaids and sea monsters, you've been submerged too long!" Captain Nemo, 20,000 Leagues Under the Sea

Mr. Baxter has got to be one of the more famous theme park characters who's never seen and rarely heard from. The character also appeared in Disneyland's Submarine Voyage, but unfortunately was left out from the current Finding Nemo version. The irony that the audience is clearly seeing the mermaids and sea monsters, while Captain Nemo cannot see them made for a very fun show scene.

In an usually sly double entendre, Pumbaa exclaims the word "dam," while looking at Hoover Dam. A very funny moment, albeit a little strange for a mostly philosophical presentation about humans coexistence with nature.

Riders on the Wedway People Mover enjoyed the comedic antics of Orac One, who based on my ears was voiced by Ronnie Schell (who also voiced Jake the Cat in Cat From Outer Space). 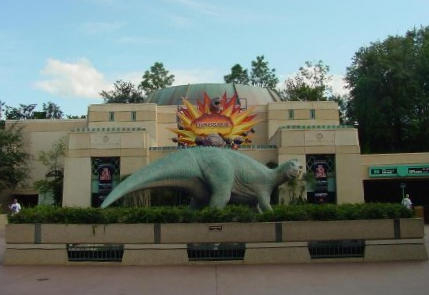 In a move pulled from Jurassic Park, the brainy scientist Dr. Grant Seeker nearly kills the entire mission crew by hacking into the computer system. Never trust your programmer.

#44 - "I almost bounced clear out of the ride!" - Tigger, Many Adventures of Winnie-the-Pooh

In a scene that always brings down the house, Rizzo decides to parade out in a very flimsy Mickey Mouse costume. Sam the Eagle is not impressed. 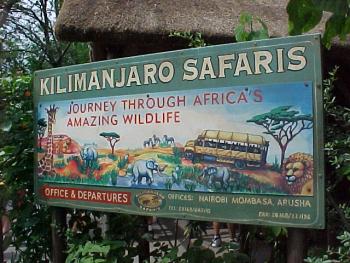 #42 - "Miss Jobson, no one in Africa calls them Thomson's Gazelle. They are tommies, tommies!" - Warden Wilson Matua, Kilimanjaro Safaris

A favorite line of many children upon exiting Kilimanjaro Safaris, I think it's the absolute indignation on Wilson Matua's part that makes this line so funny.

Timekeeper had a particularly funny script with a lot of great one-liners. One wonders how many of those were brought in by notorious ad-libber Robin Williams.