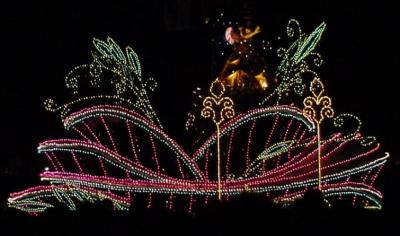 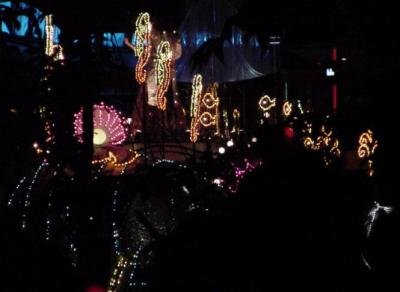 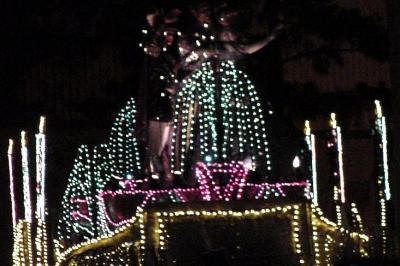 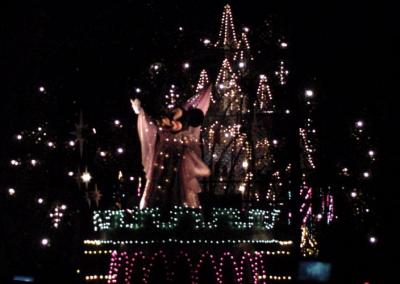 Farewell
All of the photos in this report were taken near the beginning of the parade route, with the exception of the last one. After the last float had passed us at our original location, my trusty assistant (Mariko:) and I made a mad dash for the end of the parade route (in Toontown), to get that picture of the very end. What happened right after that picture was taken was very touching...

Standing next to us in the crowd which had gathered to see that last moment was the parade's head of operations.  Soon after Minnie had disappeared backstage, two of his assistants showed up. One of them told him, "It's over... We didn't have any problems" (in Japanese, of course). His reply was a heartfelt, "Arigato gozaimasu" (a polite thank you). His mixed emotions could be felt as much as heard... the happiness and relief that the last performance of this incredibly complex show had come off perfectly, and the sad realization that it was, indeed, over... The two assistants left, and a third arrived. Choked with emotion, he said nothing, but offered his boss a deep and respectful bow before quickly disappearing backstage.

He started to head backstage himself, and then suddenly stopped and stood there, alone... just looking at the large doors that his parade had disappeared behind. I though about walking over and thanking him for his work, but my feeling was that it was better to not bother him. We were standing between him and the doors, just off to the side. I gave him a respectful bow and we left him to his memories...