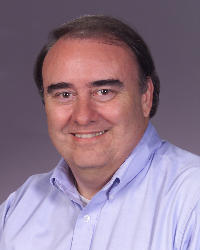 I mourn Bruce’s death as an admirer. I never got to know him as well as I would have liked. He was more of a hero than a friend. Although we had private conversations in person and over the phone, they were almost never about personal matters, and we never hung out together on personal outings. I had never been to his house. So there was that emotional wall that I never got through.

I was sitting in my office when I was first tipped off that Bruce had died. I couldn’t believe it. I called Tony to confirm it and get some answers… make some sense of it.

In many ways, Bruce had the professional life of my dreams – working on some cool projects as a Walt Disney Imagineer, working with the Sherman Brothers, working for the Walt Disney Family Foundation, and writing/designing the books that he did – books that are must-haves for Disney and theme park enthusiasts. The NFFC presentations, the online chats, the appearances in videos about Disneyland and Walt Disney - it was obvious that he really enjoyed being involved with Disney parks and the Disney legacy in general. It wasn’t just a job to him.

From the Los Angeles Times obituary:

From the obituary that was posted here on LaughingPlace.com:

He went to Disneyland often as a child, and built countless models of the famous landmark in his parents’ garage. One particularly ambitious project involved actual water from the “Jungle Cruise” that he smuggled out of Disneyland in a milk carton.

Gordon was a lifelong collector of Disneyana and sought vintage Disneyland memorabilia at swap meets, conventions, and collectible shops. In addition to the numerous books that he authored and designed on the history of Disney theme parks, he was also a frequent editor and contributor to various Disney employee publications, and wrote feature articles on the subject for national magazines.

It seemed like he never lost that childlike enthusiasm. I’m sure he’d race Peter Pan to Neverland in a flying DeLorean. He left this life way too young.

My wife and I missed his memorial because of a long-planned family event that took place on the other side of the country – one that in retrospect, due to a number of reasons other than Bruce’s memorial, we should have skipped. I had hoped we could make it back in time for Bruce’s service, but it just wasn’t to be.

I probably would have cried like a baby. I’m a sucker that way for weddings and funerals as it is, but I know I would have sat there reflecting on Bruce’s kindness to me and my friends, and the wonderful things he’d brought to the Disney enthusiast community, and I probably would have ended up dehydrated and sitting in a pool of my own tears.

If nothing else, I wanted to thank his father and sister in person. But even if I couldn’t do that, being there would have provided some closure. Instead, I have to try to get that through this column. That makes writing this all the more difficult, because this is my goodbye to him.

In every innovative organization, especially one where much of the work takes place behind locked doors, there should be a journalist/historian/archivist who documents things for future generations of enthusiasts and for historical and academic purposes. David Mumford and Bruce Gordon often served that role for WDI and Disneyland with their books, and they are both gone. At least we still have Tales From the Laughing Place, and Jeff Kurtti has demonstrated his skill as an author as well.

Aside from Bruce’s work on those books, I consider Splash Mountain to be his most significant triumph.

Â© 2020 Logo, contents and media copyright Laughing Place Inc. unless otherwise noted. All rights reserved. Laughing Place is a dedicated group of Disney fans, like yourself, who love Disney. Laughing Place is not endorsed by or affiliated with the Walt Disney Company, or its subsidiaries. By using this website you agree to Laughing Placeâ€™s User Agreement and Privacy Policy.