by Jim Miles (archives)
February 21, 2002
Jim talks about the Disney's Renaissance Stars - some big-name Disney stars and their non-Disney projects.

Looking back upon the decades of Disney movies, we know so well the work of the talents that helped make some of our favorite productions. When Kathryn Beaumont began to record the voice of Alice in Alice in Wonderland or Wendy in Peter Pan, she probably never expected that some day, these films would far outshine any of the other films from her career. In fact, we are probably consciously aware of very few films from 1951, whether they were hits or flops, but around North America and Europe (and who knows where else), the charm of Alice in Wonderland is being relived again and again on video and DVD.

Today, as always, our favorite Disney stars from our favorite Disney works are making their marks on the world in a variety of other ways. For many, their Disney work may well outshine all the other impressive accomplishments in their careers, but as a Disney fan, it can be entertaining to see what else these immensely talented people have done. 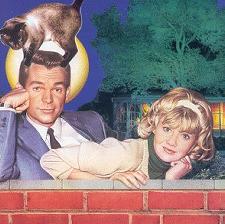 Dean Jones--In 1965, Dean Jones made his Disney debut in the comedy favorite That Darn Cat!, which also starred Hayley Mills. Following that, Jones appeared in many of Disney’s most popular comedies, including Blackbeard’s Ghost and The Love Bug. Little known to Disney viewers is that Jones is a talented singer as well.

In 1970, Jones opened the cult Stephen Sondheim musical Company to raves for his lead role of Bobby, a bachelor who learns about marriage in a collection of vignettes involving his married friends (among those friends is Charles Kimborough, voice of Victor from The Hunchback of Notre Dame). As detailed in his autobiography Under Running Laughter, Jones’ stint in the show was short due to the personal demons that haunted him at the time, but in this recording, his voice is strong and makes one wish he had recorded more musical roles. While it might be said that the CD is difficult to appreciate without having seen or read the libretto, it is worth a checkout from the library just to hear Jones belt out a few of the classic Sondheim songs. A classic documentary of the recording of the album is available on video and was recently released on DVD. 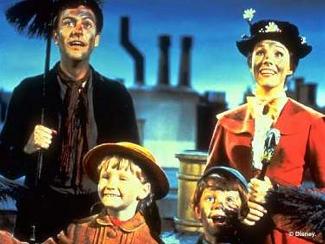 --Julie Andrews would tie her name to the Disney legacy in one amazing role, the one which earned her her first Academy Award, in Mary Poppins. And as if that wasn’t enough, she recently returned to the studio to star in the hit comedy The Princess Diaries.

While no Disney music collection is complete without the excellent Richard M. Sherman and Robert B. Sherman Oscar-winning soundtrack, Andrews has recorded many other albums worth noting. The most obvious is the soundtrack of her other immortal film The Sound of Music as well as soundtracks for the quirky Thoroughly Modern Millie, Star!, and Victor/Victoria. She also has many solo albums comprised of Broadway classics, a Christmas album, and numerous Broadway recordings, including My Fair Lady, Camelot, a studio recording of The King and I, and the stage adaptation of her film Victor/Victoria (the stage version is also available on DVD).

One of her lesser-known recordings is her first Broadway role in the swinging flapper musical The Boyfriend (which would be an inspiration for Thoroughly Modern Millie). Recorded in 1954, the disc is a charming collection of songs that reflect the flapper flavor while forming a fun love story of a rich young woman who falls in love with a rich young man, both of whom have to play poor in order to find someone to love them for who they are and not what they have. The songs are simple, fun, and memorable, and as the lead, Andrews gets to sing some of the best, including the title song and the flirtatious "I Could Be Happy with You."

Another great Andrews role was as Cinderella in the original Rogers and Hammerstein television musical (which was later remade with Disney musical star Lesley Ann Warren, and then remade again by Disney starring Brandy). The role was actually written for Andrews in 1957, and her glorious voice rings out in the show’s best numbers, including "In My Own Little Corner," "Impossible; It’s Possible" (duet with Edie Adams), and "Ten Minutes Ago" (duet with Jon Cypher). Strangely, while the original version of the show is now probably a little dated and lifeless, the music is some of the great works of Rogers and Hammerstein, and no one sings it better than Julie Andrews.