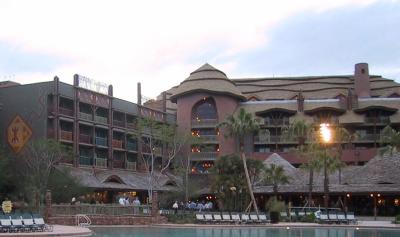 Even today, some 20 years after the Imagineers crafted their plans for the African pavilion, this proposed Epcot addition still sounds like a solid assortment of shows and exhibits. Something that you'd make a point of visiting the next time you walked around World Showcase Lagoon. So why doesn't WDI just dust off these plans and try to persuade Mouse House management that Epcot really needs an Africa pavilion?

Simple. To do so nowadays would just be an unnecessary duplication of effort. I mean, think about it, folks. Disney World already has an elaborate display of African art and culture on property in Florida. It's called the Harambi Village area of Disney's Animal Kingdom. That -- coupled with this week's opening of Disney's Animal Kingdom Lodge Resort Hotel -- means that Mouse House management no longer has to feel like it's ignoring the dark continent. Truth to be told, Disney's got Africa in the front window these days ... as the company desperately tries to make a few bucks off of our nation's interest in that country's wildlife and rich artistic heritage.

So -- in spite of all of Alex Haley's research as well as all the artistic renderings that Ken Anderson and Herbie Ryman worked up -- Epcot's grandieous plans for an African pavilion are going to remain right where they are: tucked away on some shelf at WDI. Given that DAK's Harambi Village and the new Animal Kingdom Lodge Hotel seem to have the dark continent covered, there's really no need for the Mouse to repeat itself and build yet another recreation of Africa along the edges of World Showcase Lagoon. 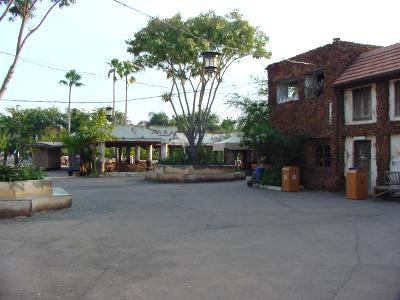 Still -- based on the plans I've outlined today -- this proposed pavilion still sounds like it would really have been one fun place to explore.

P.S. - There's an old saying in journalism: Try to keep your words soft and tender, for you may be forced to eat them later. Such is the case with something I wrote in Part One of this "Whatever became of ... Epcot's Africa" series.

Here's the line that got me in trouble: "It's considered sort of a sore spot with senior company officials - as if they're embarrassed by the idea that World Showcase fails to include any representation of a continent that's four times the size of the United States."

Well, any idiot with access with an atlas would realize that Morocco is actually in Africa. Sure, it's up there toward the top of the country, nestled up against both the North Atlantic and the Mediterranean. Which makes it kind of easy to overlook. Which I obviously did while writing Part One of this series.

My thanks to the many LaughingPlace.com readers who wrote in to politely point out my error. My apologies, folks. I'll try to do better in the future."