Jim Hill: From the Archives
Page 4 of 5

Part Three: Saving the "Kingdom"
Mark Dindal and Randy Fullmer had just two weeks to turn "Kingdom of the Sun" into a marketable motion picture. Could it be done?

OUR STORY SO FAR: After three years of development and a year and a half of active production, Disney's Summer of 2000 release "Kingdom of the Sun" was obviously in trouble. The project's two directors hadn't been able to agree on a style and tone for the film -- which made for a really schizo movie.

"Kingdom" producer Randy Fullmer had tried to explain to "Kingdom" 's primary director Roger Allers that the studio was getting really nervous about the shape the still- in- production film was in. With $25 million dollars already invested in the project, executives at the Walt Disney Company wanted assurances that Allers would definitely deliver a marketable motion picture.

Allers was disappointed that the Walt Disney Company had lost faith in his version of "Kingdom of the Sun." So he asked to be removed from the project.

Disney CEO Michael Eisner was reportedly furious when he heard that Roger asked to be taken off the picture. Eisner was supposedly so upset at the condition "Kingdom of the Sun" was currently in that he issued an ultimatum: Disney Feature Animation had just two weeks to convince him that "Kingdom" was still a viable project or he'd pull the plug on the whole production.

Producer Randy Fullmer immediately got ahold of "Kingdom" 's secondary director, Mark Dindal. The two men then launched a desperate, last ditch effort to save "Kingdom" from the scrap heap.

The clock was ticking.

Fullmer and Dindal had just two weeks to convince Eisner that there was still a movie that could be made out of the mess that "Kingdom of the Sun" had become.

And not just any movie. But a highly marketable, commercially viable project. Something that would generate some serious coin for the Mouse.

So Randy and Mark really had no time to mourn Allers' decision to exit the project. There was too little time and too much work to do.

It was time now for Fullmer and Dindal to be brutal, cold blooded. So they watched and re-watched the work-in-progress version of "Kingdom of the Sun," as Randy and Mark tried to determine what could be saved and what had to be heaved out of the unfinished film. 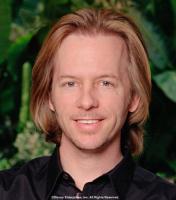 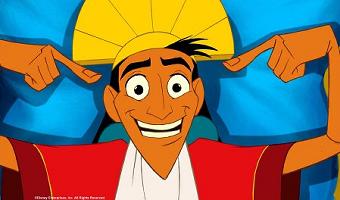 Based on the reaction of the test audiences, David Spade's character -- the self centered Prince Manco -- worked as did Eartha Kitt's performance as the vain sorceress, Yzma. Audiences also seemed to enjoy the idea of Spade's character being turned into a llama as well as the story's South American setting.

Beyond that, Fullmer and Dindal didn't know what to do with the grander elements Allers had included in his version of "Kingdom of the Sun." Test audiences hadn't really responded to the gentle romance between the kind hearted llama herder Pacha and Manco's bride-to-be, Nina. Though these folks had been thrilled by the pomp and the pageantry of the project as well as the lassoing-the-sun climax featured in Roger's story for the film, they also had evidently seen "Prince and the Pauper" one too many times. Over all, test audiences seemed to find the idea of an animated remake of Mark Twain's classic tale to be a bit of a snore.

So -- if they ditched the romantic sub-plot as well as the Manco / Pacha look- alike story -- what did that leave Dindal and Fullmer to work with. Quite a bit, actually.

As Mark and Randy reluctantly removed all of the story sequences that Allers had carefully crafted for "Kingdom of the Sun," a glimmer of a new plot for the film emerged. The grand animated epic that Roger had hoped would top "Lion King" was gone for good. In its place was a smaller, hipper comedy with two incredibly self centered jerks -- Manco and Yzma -- as its central characters.

Fullmer and Dindal quickly realized that Eisner would never go for a cartoon that had two such heartless egomaniacs at the heart of its story. They knew that the audience -- and Eisner -- would need to have someone they could root for, someone they could grow to care about if the film was to succeed.

In the new version of the story, Pacha was no longer a dead ringer for the young egocentric Emperor. The character was still a llama herder, but -- where Manco (Soon to be renamed Kuzco, 'cause everyone knows that names that start with a hard "K" sound funnier) was still small and thin -- Pacha would now be big and barrel chested. A well meaning slob with a very pregnant wife at home -- just trying to get by.

(Some have argued that Disney didn't show much originality by pairing David Spade's character with a big fat guy. After all, hadn't Spade made all those comedies with his "Saturday Night Live" buddy, Chris Farley? What exactly were Fullmer and Dindal trying to do here, anyway? Create the Incan version of "Tommy Boy"?

Personally, I prefer to turn a more kindly eye toward Randy and Mark's decision to make Kuzco thin and Pacha fat. These guys were just going with that old reliable: contrasting comic characters. Think about it, folks. Ever since Stan Laurel was first paired with Oliver Hardy, Art Carney appeared alongside Jackie Gleason on "The Honeymooners," or Keenan did his first skit with Kel, fat and thin performers working together as a team are funny. Don't ask me why. It's just one of those universally accepted rules of comedy. 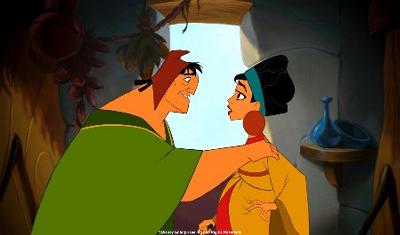 Pacha and his wife (c) Disney

So I chose not to view the new version of Pacha as some South American rip-off of Chris Farley, but rather as Fullmer and Dindal's decision to insert a classic comic device into a pretty hip movie. Anyway ... )

To make Yzma more palatable, Randy and Mark decided to ditch her original sidekick -- the evil little totem, Hucua (voiced by Harvey Fierstein) -- and give the sorceress someone bigger to play off of. But -- where Pacha was barrel chested but good hearted -- Yzma's new henchman, Kronk, was muscle bound but dumb as a rock.

Keeping the film's original Incan setting and time period intact, Dindal and Fullmer did come up with an engaging new storyline for the film:

Warning! Major Spoilers Below. If you haven't seen the film and don't want to know the story, go to the next page now.

As for the rest of you, the revised storyline goes something like this:

Young Emperor Kuzco -- a vain, self-centered brat -- is planning to build a combination summer palace / theme park on a beautiful mountain top at the outermost edge of his kingdom. His proposed name for this palatial retreat (which will include a water slide)? Kuzcotopia.

There's only one slight problem with Kuzco's plan. A small village already occupies the site of the young Emperor's proposed summer digs. A peasant from that village -- Pacha -- journeys to Kuzco's palace and pleads with the selfish ruler to build his vacation home somewhere else. 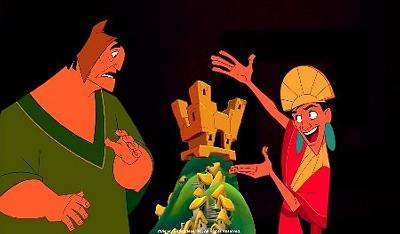 Emperor Kuzco is obviously not going to take orders from some lowly peasant. So he tells Pacha that the summer palace *WILL* be built as planned, then sends the crushed commoner away. Pacha sadly starts for home to break the bad news to his wife and friends.

Kuzco now calls in his longtime advisor, Yzma and announces that -- since he feels she's too old to do her job -- the young Emperor is firing her.

Ah, but it's not wise to anger someone like Yzma -- a vengeful old beauty who dabbles in the dark arts. With the help of her dim- witted assistant, Kronk, the evil sorceress devises a plan to poison the young Emperor. With Kuzco out of the way, the path will then be clear for Yzma to ascend the throne.

Unfortunately, things don't quite go according to plan. Kronk -- who's supposed to be mixing the poisonous potion -- gets distracted because he has mushroom puffs in the oven. Consequently, he throws a few extra ingredients into Kuzco's cup. So -- instead of dying -- the young Emperor is turned into a llama.

After knocking the Emperor out with a frying pan, Yzma orders that Kronk take the llama version of Kuzco out into the jungle and kill him. But -- again -- things don't go quite according to plan. Instead of killing Kuzco, Kronk accidentally drops the unconscious llama-ized Emperor in the back of a cart heading out of town.

And who's the portly peasant driving that cart? You guessed it, folks. Pacha.

When Kuzco comes to in the back of the cart, he immediately accused Pacha of kidnapping him and turning him into a llama. Pacha eventually convinces the Emperor that he's mistaken. Then the two come to an understanding: If Pacha will take Kuzco back to the capital and help him get de- llama- ized, the Emperor will agree to spare Pacha's village and build his summer palace elsewhere.

So Kuzco and Pacha head back to the city, little realizing that Yzma -- now firmly in command back at the palace -- has learned that Kronk didn't exactly kill the Emperor. So Yzma orders the Army to search high and low for a "dangerous talking llama."

As if that wasn't bad enough, due to Kuzco's reckless behavior, the bewitched Emperor and Pacha soon find themselves lost in the South American jungle -- surrounded by vicious jaguars, hungry crocodiles and deadly scorpions.

Okay, here's a real shocker for all you Disney film fans: Good triumphs over evil. Pacha helps Kuzco defeat Yzma, who -- due to yet another botched potion -- ends up turning into a peacock.

Because of all of what he's gone through while he was a llama, Kuzco learns to become a good and wise leader. The young Emperor no longer puts his own selfish needs and wants ahead of his people. So -- even though Pacha's village was damaged by Yzma's soldiers (in a desperate attempt to find that "dangerous talking llama") -- Kuzco promises to rebuild that village better than before.

As a triumphant celebration break out in the streets of the capital, the Top 40 version of Sting's soon-to be-a- hit song is heard as the credit begin to roll...