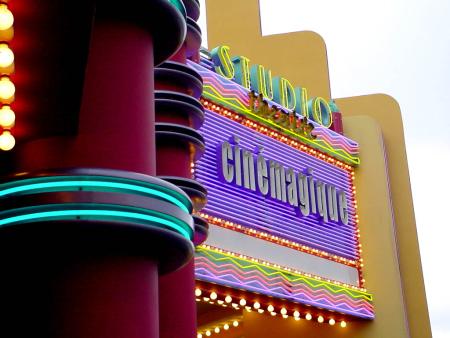 Short immediately falls under the charm of the French actress but is chased away by her leading man. What ensues is a chase through some of the most famous scenes in movie history. Movie buffs would have a field day spotting the references to the greatest classics of the twentieth century from Casablanca to The Exorcist to a substantial scene from James Cameron’s Titanic. The movie is both funny and entertaining to watch throughout. The key to its success is the sharp editing and the fact that the audience can grasp the entire story as Short and his French leading lady Julie Delpy as the language is not an issue as most of the comedy is slapstick-style and the dialogue is secondary to the action. The climax of the movie sees Short returned to the stage when a medieval knight at Agincourt throws a sword straight through the screen, splitting the screen and appearing wedged into the stage. This scene requires split-second timing and was awesome to watch. Short is returned to the stage, but immediately wishes to be reunited to his girl. Cumming returns to the movie and magically creates a door in the screen for Short to return.

The movie is over twenty minutes in length but it a joy to watch. All too often, theme parks have resorted to 3D fare in an attempt to dazzle the audience. However, CineMagique works as it is simple, but captivating. The scene recreations are superb as we see Short interacting with actors like Harold Lloyd and Leonardo DiCaprio. Also, the writers and producers have been keen to highlight the success of French cinema with scenes from such classics as the original Three Men and a Baby. The in-theater effects are nothing new, with a few rainstorms, but the sword scene is excellent and Short is both charming and compelling in the lead role. The audience of my show were on their feet applauding and cheering at the climax and I cannot wait to experience the show again next week. 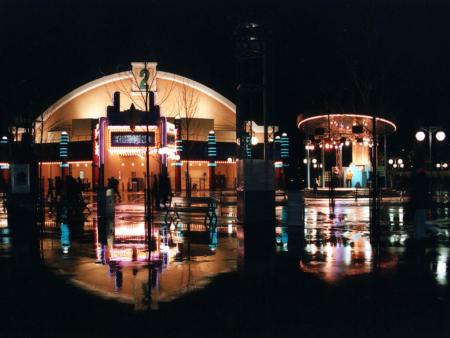