The Future and “La Terrasse”
As someone who has followed the planning, designing and construction of the park for nearly 5 years, the sight of La Terrasse was somewhat perplexing. I had never seen the area on any of the WDI designs and park layout maps. The area was also the last to be constructed in the entire park, and sections of the concrete walls still needed paint. La Terrasse has been designed as a food court, as two of the park’s 13 Studio Catering Company trucks are stationed there. However, the trucks were not open on the first preview day and no seating has yet been installed. Closer observers will have noticed the enticing “HTH” logo on the overhead concrete beams in front of the closed gates. The construction site behind the gates is already progressing on the foundations for the most popular Disney attraction in history (according to Walt Disney World guest surveys), the Twilight Zone: Tower of Terror. Although no official press release has been issued, cast close to the project have alluded to the Tower taking the design specifications of the recently unveiled Tower for the Disney’s California Adventure district, the Hollywood Pictures Backlot. 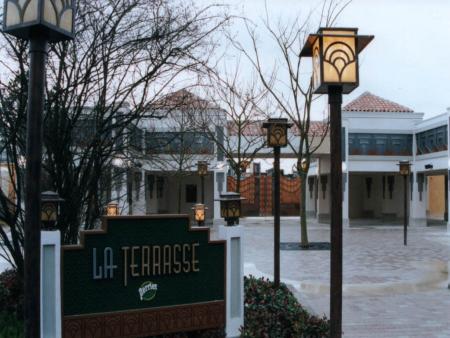 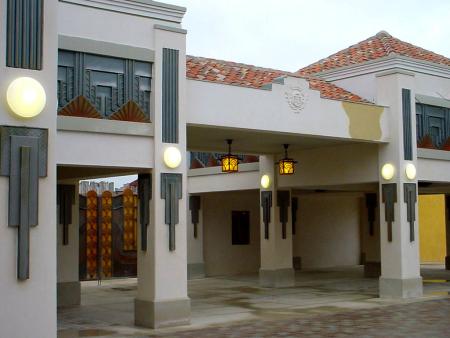 Coming Up
Next time, we shall move behind the Studios gates and into the final district, the BackLot featuring a vastly improved Rock’ n’ Roller Coaster Avec Aerosmith, Armageddon and the awesome Moteurs...Action! Stunt Show Spectacular.