The Theater of the Stars at Disney’s Hollywood Studios welcomed back its flagship show today, Beauty and the Beast – Live on Stage. This was the show’s first performance since the theme parks of the Walt Disney World Resort closed in March 2020. Offering a shaded break from the Florida sun, the show also features six songs from the animated classic, including the Oscar-winning “Beauty and the Beast.” The board outside the theater also received a new poster that puts it more in line with the Broadway show (it was previously a photo of Belle and Beast from the show). 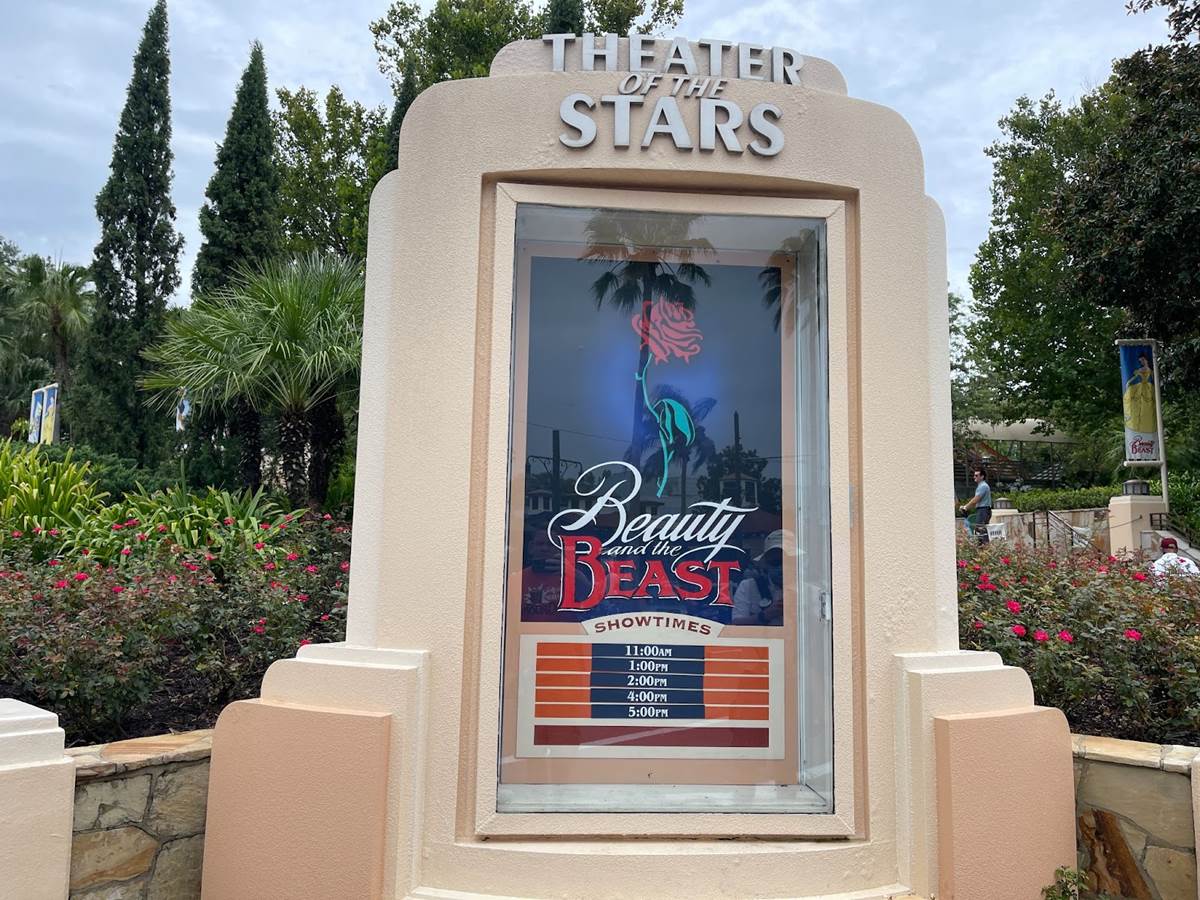 The show has seen a few changes over the years (read all about it!), including the location of the theater, but has been a staple of the park’s entertainment lineup since November 22nd, 1991, opening day-and-date with the film’s theatrical release. 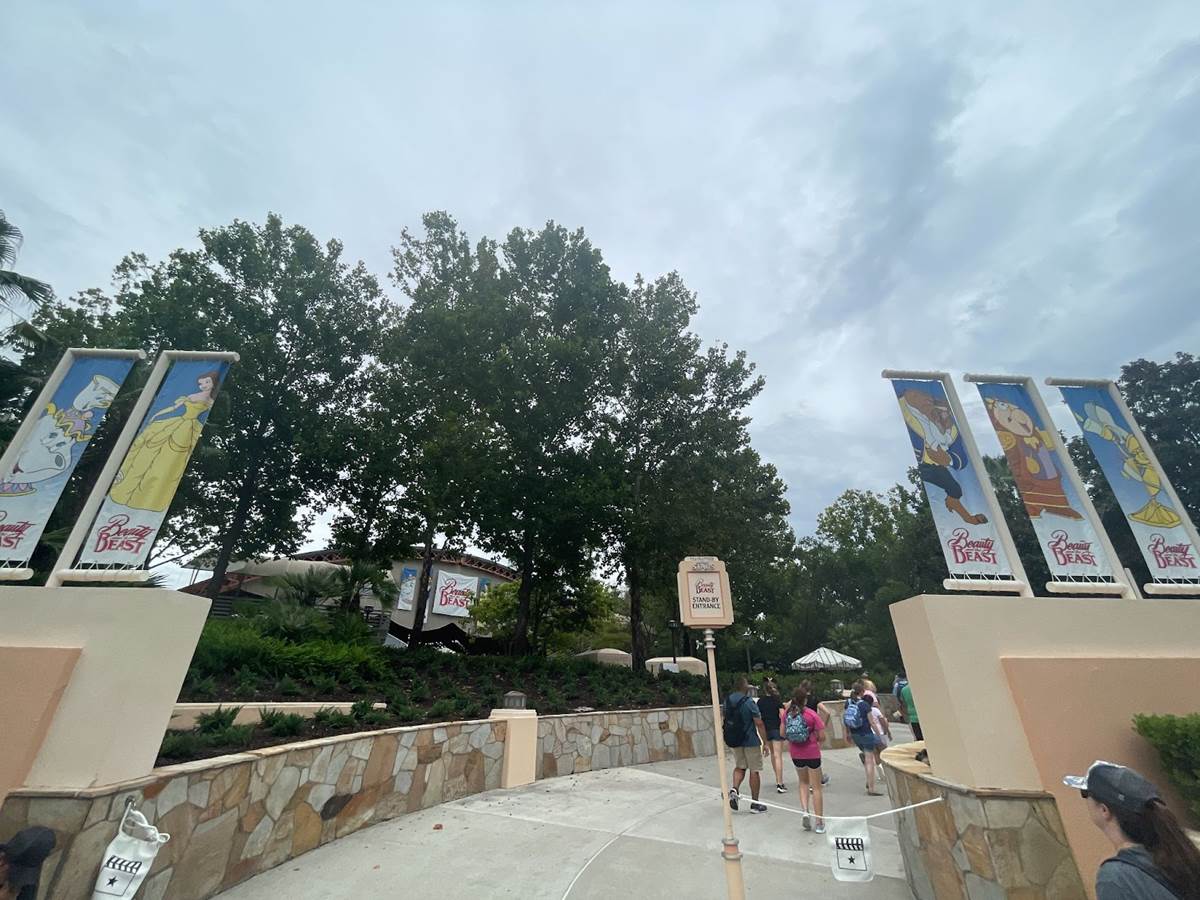 Considered an attraction, Disney currently requires face masks to be worn throughout the duration of the experience, from the moment you enter the theater until you exit. 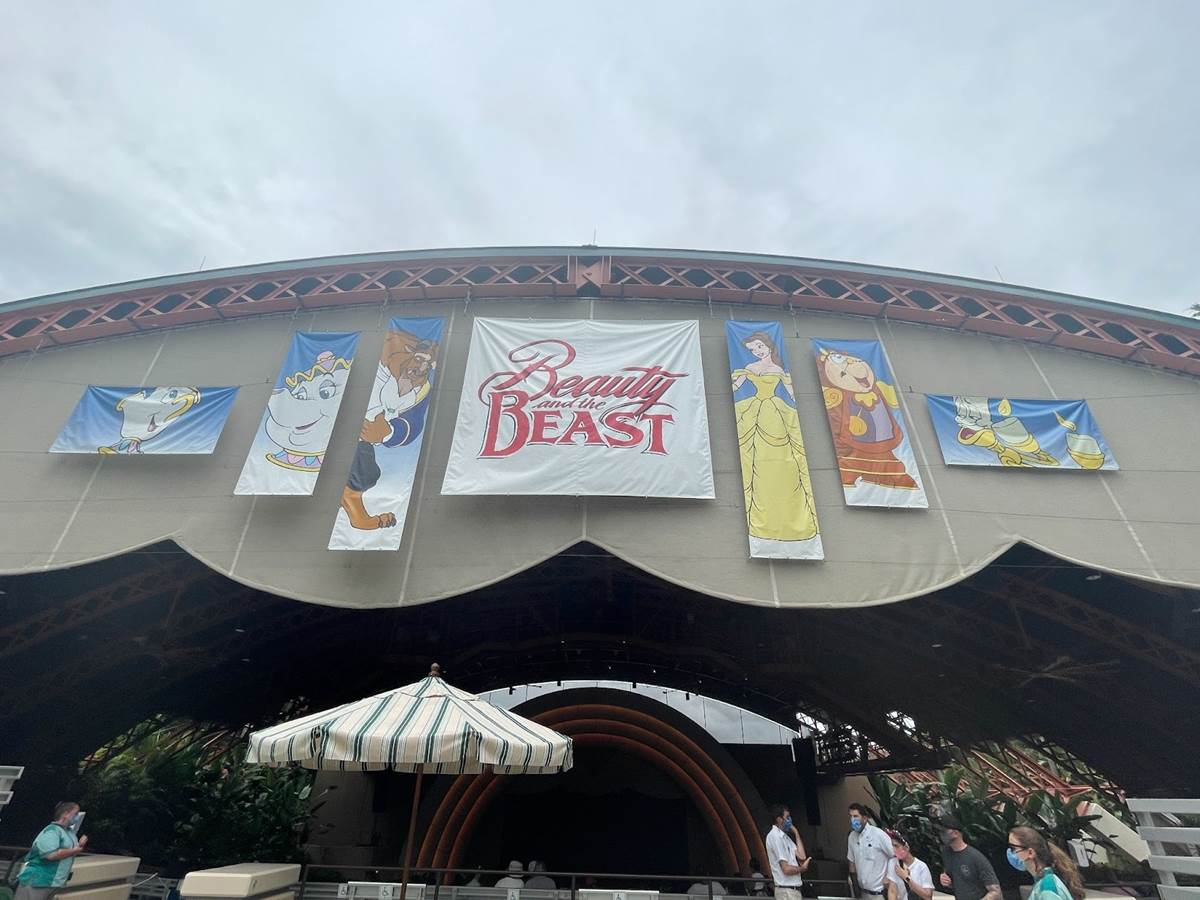 The theater still offers open seating, so once inside, just select a row and move down to create enough space for everyone. The exceptions are the rows behind and in front of the tech booth, which are roped off at this time. 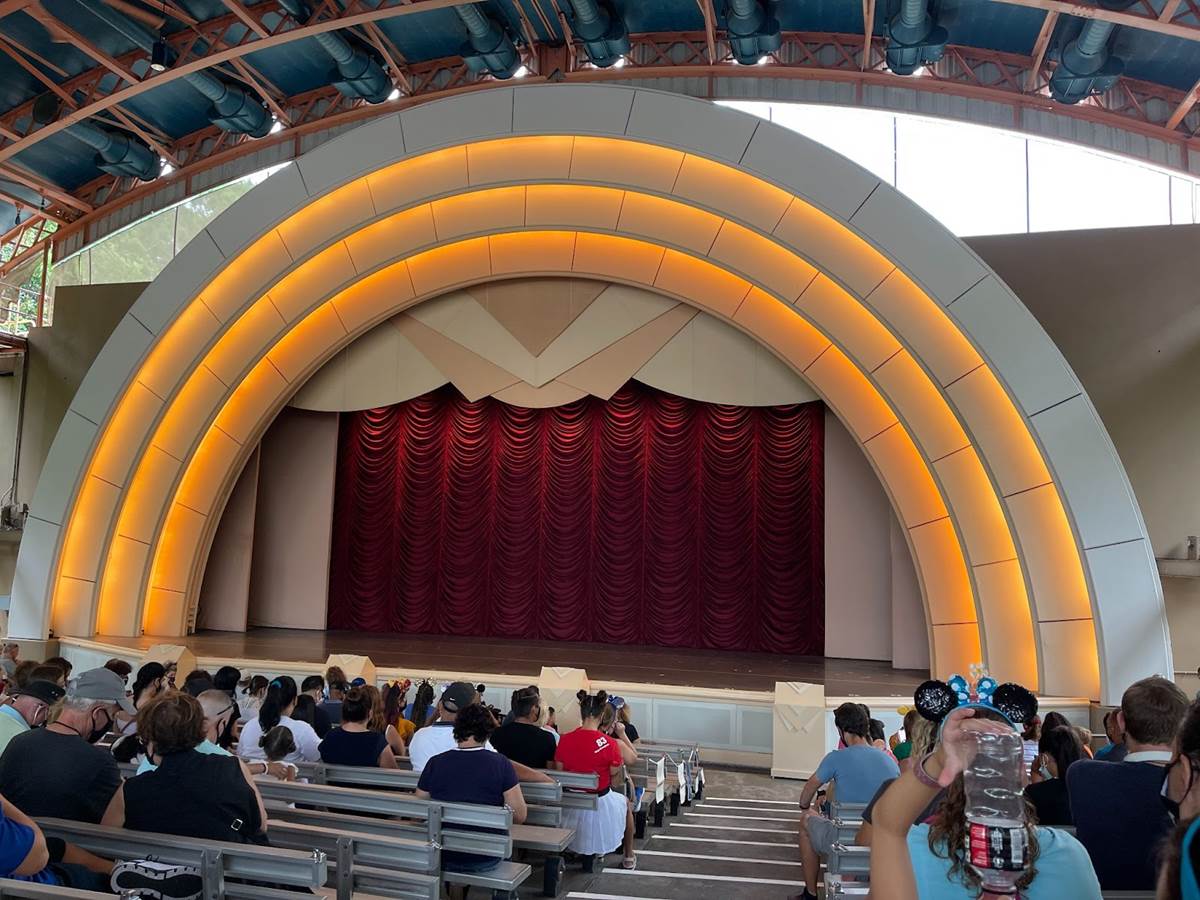 Once the curtain rose, Guests were treated to a “Tale as old as time” full of music, magic and romance. There were a few changes to the show that are presumably temporary. The dancers no longer link hands and arms, the transforming ice cream sundae was missing during “Be Our Guest,” and the finale has been restaged. 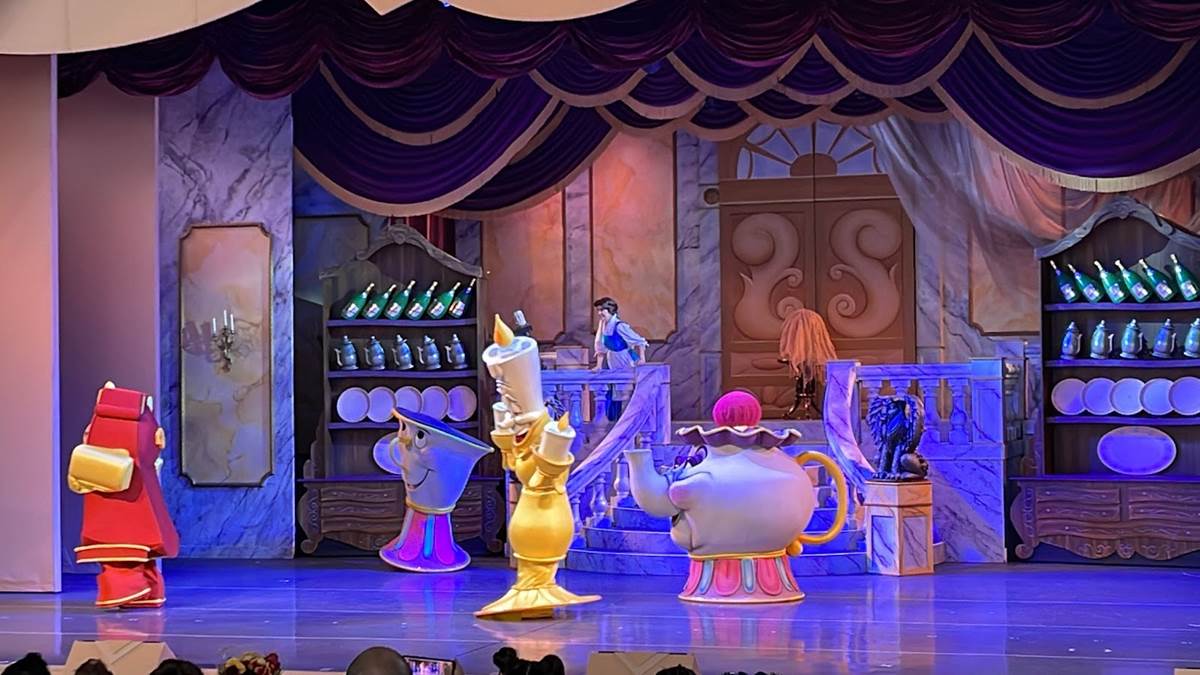 Nonetheless, Guests were so appreciative to have the show back that the performers received a standing ovation at the end (without a tropical bird having to ask for it).

A standing ovation for the amazing cast of Beauty and the Beast – Live on Stage on their first shows in over a year. #BatB #WDW pic.twitter.com/VMWE57KtIp

Never seen Beauty and the Beast – Live on Stage? We’ve got you covered with a full recording of the show, captured on the first performance back. Enjoy the show!

Want to see Beauty and the Beast – Live on Stage in person? It’s never too early to start dreaming about your next Walt Disney World vacation.