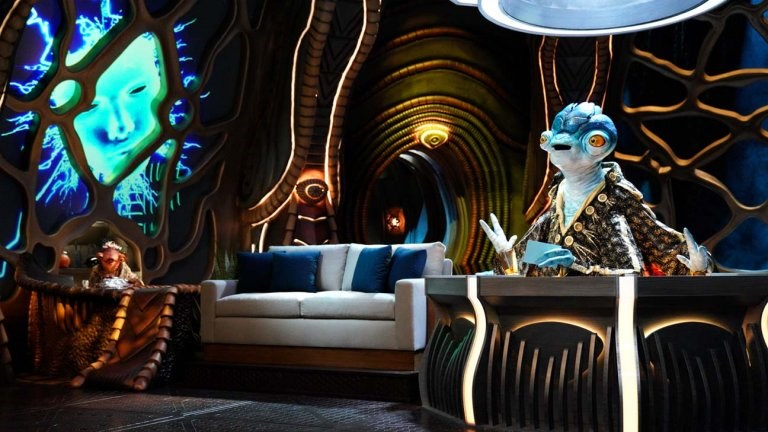 Earth to Ned  is a half hour comedy that follows Ned, a blue-skinned alien, and his lieutenant Cornelius, who were sent to scout Earth for an eventual invasion – but instead became obsessed with popular culture. Now they host a talk show, broadcast from the bridge of their spaceship hidden deep underground, where they interview our most precious commodity – celebrities – to talk about Ned’s current pop culture obsessions. Ned will be bringing real-life celebrity guests to his ship from across the known universe and interviewing them, late-night talk show style, in hopes of producing the ultimate talk show – making Ned a celebrity and putting him further off-mission. And the more Ned learns about our human culture, the more obsessed he becomes.

Earth to Ned comes to Disney+ from The Jim Henson Company