Board the fastest ship in the galaxy and brace yourself for adventure. This fully interactive and immersive attraction will send you across the stars on a simple smugglers’ mission that should be a piece of cake for an experienced outlaw like you. Of course even with luck on your side—and the Millennium Falcon as your transport—things could get a little out of hand. Can you and your team complete this mission successfully or will your constant refrain be, “I’ve got a bad feeling about this.”

The events of Star Wars took place “a long time ago in a galaxy far, far away” and now fans are going to get the chance to live some of those experience for themselves. Millennium Falcon: Smugglers Run will be unlike any other attraction built at Disney. For the first time, guests will play a major role in the outcome of the ride as every decision made and button pressed could spell success or disaster.

Executive Creative Director for the Millennium Falcon: Smugglers Run Asa Kalama says, “You’re truly in control of the fastest and most iconic ship in the entire galaxy. And Hondo, he’s gone ahead and added a couple extra seats so he can get as many of those flight crews through as possible. There are 200 some odd buttons, knobs and switches on the inside of the cockpit and they all do stuff.” 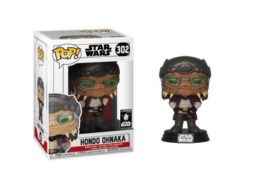 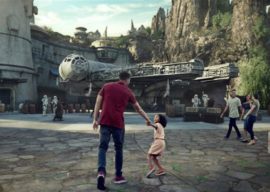 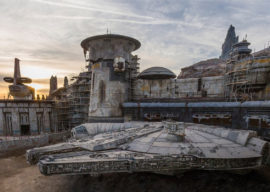 Disneyland Shares a Look at the Millennium Falcon at Star Wars: Galaxy’s Edge 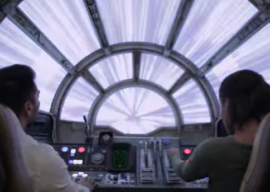 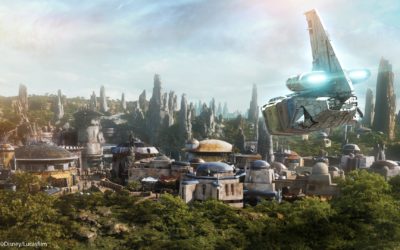