The Walt Disney World Swan and Dolphin Resort is expanding and adding a third tower. This tower will be called the Cove. The Cove will include 349 rooms, bringing the total to 2,600 rooms between the three buildings. The Cove will be located across the street from the Swan and Dolphin, near the Fantasia Garden miniature golf course.

A opening date for The Cove has not been announced at this time.

Pictures of The Cove (Swan and Dolphin Expansion)

Videos of The Cove (Swan and Dolphin Expansion) 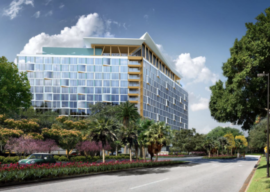 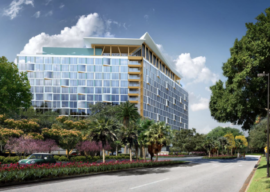