Review: Guardians of the Galaxy

So here is my review in one sentence:

All kidding aside, it is no secret that I love super heroes. But that being said, I struggle with the “cosmic” comics. The galaxy spanning tales tend to feature a wide-variety of characters and a variety of worlds, but what they tend to lack is what draws me to these characters; humanity. What makes Captain America interesting, is that you understand his life as a 98lb weakling. Bruce Banner’s struggle to keep the monster within, is what makes the Hulk fascinating. Even non-human Thor’s draw is his human-like characteristics of hubris and complicated relationships. Normally, cosmic tales forgo character development for wide spanning-epics. 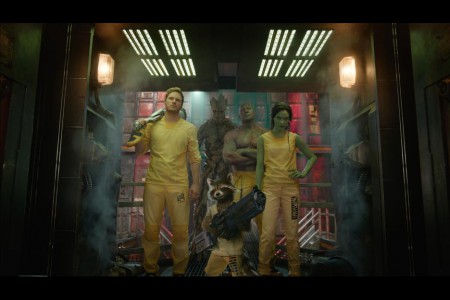 For that reason, when it was announced that Guardians of the Galaxy was the new franchise being introduced in Phase 2 of the Marvel Cinematic Universe I was a little nervous. Not only was it a cosmic film, but it was a team-up. How much time for character development were we going to get? Can a talking tree that only says one line even have character development?

Apparently I forgot something. Kevin Feige is producing this movie. When will I learn to trust him? Much like Walt Disney, it is well documented that Mr. Feige is a heavily involved producer. No movie, script, director, or release date are an accident. There is always a plan. And much to my glee, the film was much more Star Wars than Green Lantern. 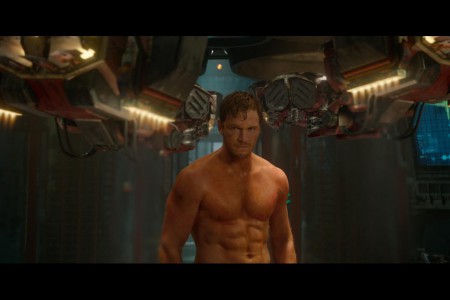 James Gunn was able to craft a film where all the core-characters are interesting and not squeezed out. While you want to learn more about each team member, the film still feels like a whole unit. (I would love to see each character have a spin-off film, even Groot.) Each character has that humanity that I thought may be lacking. It also helps that the film starts on earth, and remains grounded through Peter Quill’s mix-tape that includes 70’s favorites.

It is odd, that the Marvel film that has the widest scope, also has the most light-hearted tone. But it works. In fact, the comic moments allow the film from getting to big and unwieldy. Wisely, they keep the comedy away from Ronan, the main villain of the film, to keep him menacing and a real threat. Speaking of Ronan, it is hard to tell that Lee Pace plays the part. This is probably a good thing as his character from ABC’s Pushing Daisies is the polar opposite of Ronan the Accuser. 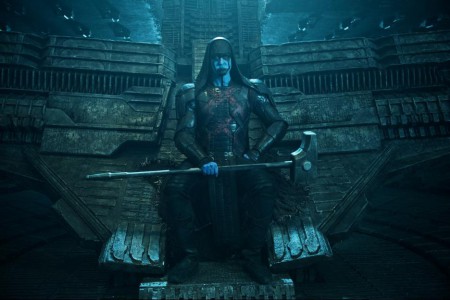 Glenn Close’s Nova-Prime and Benicio Del Toro’s Collector have briefer appearances than you may initially believe. But one must presume we will be seeing more of them in future Marvel films for reasons that I do not want to spoil. Thanos also makes his presence felt through the movie, but he hardly has any major screen time or real impact.

It is hard to talk about any Marvel film, without discussing the role it plays in the larger Marvel Cinematic Universe.  The film’s connection to the broader universe is quite different than the film that preceded it Captain America: The Winter Soldier. With Cap the world as we knew it with S.H.I.E.L.D. in control was destroyed. Guardians does not have that instant world-changing moment. The folks at Marvel’s Agents of S.H.I.E.L.D.  do not have to revise their series plan for Season 2. That being said, Guardians of the Galaxy does continue building something that Marvel has been working towards since Captain America: The First Avenger. 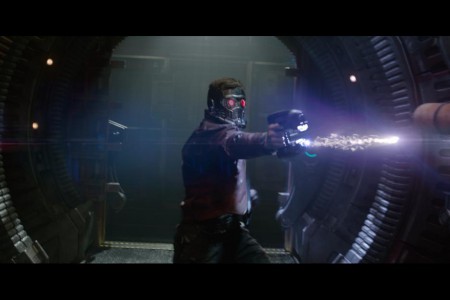 As we learned in Thor: The Dark World most of the McGuffins in the Marvel Cinematic Universe are actually Infinity Stones. The Tesseract from Cap 1 and Avengers and the Aether from Thor 2 are confirmed to be 2 of the 6. It is also suspected that Loki’s Scepter contains a third stone. In Guardians we learn of a fourth. That leaves two more. It is presumed that Thanos wants to collect all six so he can rule the galaxy… Sounds like a great plot to end Phase 3, right?

But while the universe connections are fun, each film has to stand on its own. Guardians of the Galaxy does just that. While it has often been said that the only irreplaceable actor in the Marvel Universe is Robert Downey Jr., that is no longer true. Chris Pratt is Star-Lord. He brings charm to the lovable loser who is starting to make something out of his life. I was also impressed with the acting from Dave Bautista who I had low expectations from as well as the CGI actors behind Rocket and Groot who brought those characters to life.

The plot balances the humor and action fairly well. If I have one criticism, it is that we never really have a chance to care about the planet that Ronan is attempting to destroy. It is a fairly generic world with few characters we know. It’s destruction would have had less emotional impact than the Death Star blowing up Alderaan. It is not until our five main heroes are put at risk, that the tension really builds.

But this minor point, does not change that this film leaves you wanting more, in a good way. I can’t believe I am saying that I want more Marvel Cosmic films. I want to see the history of Gamora and Nebula, I want to learn more about what really happened to Rocket, I want to know about Drax’s family. I also want to go on a fun romp with this ragtag team again. Perhaps we finally know what should replace Captain EO. How fun would a 4D Guardians attraction be?

Unlike Captain America: The Winter Soldier, I would recommend seeing the film in 3D. The space setting uses the format well. I also saw the show in Dolby Atmos, and I would encourage you to do the same, if that format is available at a theater near you.

Now the hard part, giving the rating. Did I enjoy the film as much as Marvel’s The Avengers? No. But just because I did not enjoy it as much as one of my favorite movies of all-time does not mean the film deserves less than a perfect rating. So with that in mind, I give the film 6 out of 6 Infinity Stones.