There was a time when my favorite talk radio station had flipped formats, my XM radio only worked in my car, and HD radio wasn’t a thing yet… not that anyone knows what that even is. It was in these dark days that I turned to podcasts — a new invention at the time that not only brought radio to the internet but also added on-demand convenience. Soon, I had tons of podcasts in my queue as more and more people caught on to how to download these shows and how to make them themselves.

Because of this huge influx, there was a time when I had to let some of these shows go by the wayside. Then again, many shows killed themselves off as their hosts realized how much time and energy producing a quality podcast can take. This left me with only the shows I worked on (The Disneyland Gazette), a rotating list on upstarts, and a small handful of others to listen to religously.

For whatever reason, be it the fact that I work at home now and need entertainment or that I was seeking new Disney shows while trying to promote my book, I’ve been getting back into podcasts in a big way. It seems that while I was away a whole new crop of great shows grew under my nose. And so, for this week’s entry into The E-Ticket Life, I thought I’d share with you some of my favorite podcasts (both Disney and non-Disney) that I’ve been listening to. Some have been with me for a long time, some are still relatively new to me, and others have grown on me over time, making their way up my list. (Also, I’d be remiss if I didn’t include Laughing Place’s own podcast, as it is honestly one of my top picks as well.)

Here are my lists: 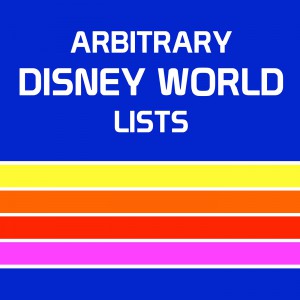 I stumbled across this show while on Twitter a couple of months ago and have really enjoyed since — even if it’s technically missing a “Walt” in its title.

It’s a concept so simple but so well thought out (in terms of how they score each of their nominees to compile the final list) that it keeps me coming back to see what the next topic will be.

So far they’ve covered attractions, queues, restaurants, resorts, and even fictional attractions, varying the scope of their list with each episode. This makes the show fresh and will surely give them plenty of material for as long as they care to produce their podcast. 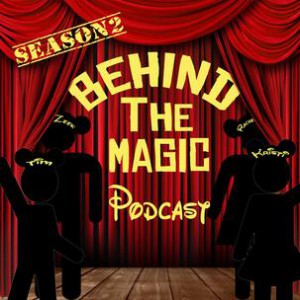 Hosts Zeek and Rachel get huge props for producing a daily podcast (minus weekends) since I know how hard it is get even a weekly show out on time. At around 15 minutes an episode, BTM easily sneaks its way into my daily podcast routine.

The show’s weekly schedule follows some theming for each day, though the hosts have been known to throw that out the window when they feel like it. For example, “With Us Wednesdays” brings in guests from around the community (like me, for shameless example) while in-depth discussions on park-by-park attractions typically happen on Thursdays. This clever twist gives you something to look forward to every day of the week. 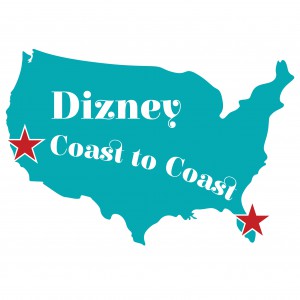 Aside from some special live streams I’ve viewed in the past, Dizney Coast to Coast is the only podcast in my regular rotation that I typically watch instead of listen to.

Although each show is on iTunes and can be enjoyed in the audio medium, host Jeff DePaoli and Patrick Dougall also release each episode as a vidcast. Admittedly, watching the show makes it even more impressive how casually the hosts transition between various Disney topics with such ease.

While originally titled in reference to where the two hosts resided, I love the bicoastal nature of this show’s topics as it catches me up on everything in one shot. 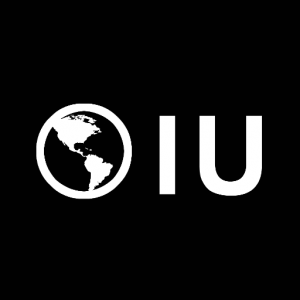 While not a Disney podcast, Inside Universal is fantastic theme park-centric show, especially for those in LA.

Focusing on Universal Studios Hollywood, IU has seen great growth in recent months as their home park expands to now include some much needed new attractions (including the impending “Wizarding World West”). At the same time, these hosts don’t ignore the fact that Disneyland is a mere hour away and have been known to openly compare the two, including pointing out Universal’s shortcomings.

With USH being somewhat a mystery to most Disney fans, it’s great to get an insider’s view from this monthly show.

NSFD (Not Suitable for Disney) 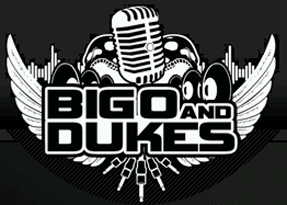 This has been my favorite show for nearly a decade now, when Oscar Santana and Chad Dukes were on terrestrial radio in Phoenix, Arizona. Since then, the boys have moved to DC, left regular radio, and relaunched their show as a twice-weekly podcast.

What I love about this show is its hosts. Dukes is hilarious while Oscar often allows himself to be a punching bag at times. Give this show a shot by starting with one their “Snacks of the Roundtable” segments and enjoy from there. 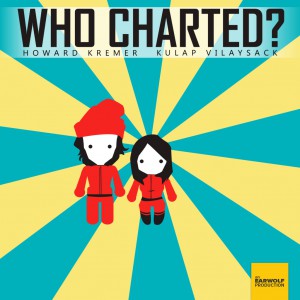 Even though both hosts have gone on record that they (at least originally) hated the name, Who Charted? is actually a great title if you forgive the silly allusion.

Each week, hosts Howard Kremer and Kulap Vilaysack invite a different guest — often a comedian — to discuss the most recent music and movie charts. Sometimes these conversations yeild interesting information about the person while others just provide a good laugh.

While I was initally drawn to this show for its guests, the friendship between the hosts has become a great part of the show, even inspiring a spinoff (Two Charted) with just the two of them. 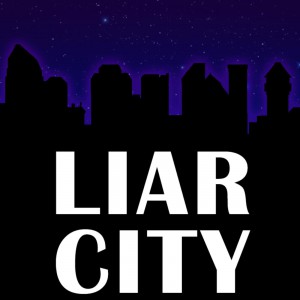 When I tell people about Liar City, I may try to lure them in by describing it as, “Kind of like Serial, but with resolution.” That might not quite be true, but this podcast is one of the most interesting I’ve come across.

Each episode focuses on one particular lie — be it more harmless ones like Milli Vanilli or deceptions that have ruined (or even taken) lives like those of Jim Jones. Hosts Brian, Darien, and Bren discuss each lie in depth along with history and clips to help the audience fully understand the setting and circumstances for each tale.

While entertaining, this podcast also serves as a history lesson and often a word of warning for future generations.

What’s interesting about this podcast is that a good half of it is actually more like a game show. In each episode, host and comedian Doug Benson invites guests on to talk about movies and then challenge them to famous Leonard Maltin Game.

Listening to this show is great, but it makes me miss the days I used to be able to watch the show live in Los Angeles. Nowadays, Doug brings his show around the country and I highly recommend checking one out if he comes to your town. If not, just be sure to listen to his show instead. Sidenote: Doug is also a big Disney fan and even gave away a copy of my book, The E-Ticket Life, on a recent episode!

So I hope you’ll give these podcast a try and let me know what you think. Also feel free to comment below with your suggestions for other shows I should check out!