Without hyping it too much, today’s face-off may be the most exciting one yet. In the top seed, the cult classic and easily the scariest ride to ever call Magic Kingdom home: ExtraTERRORestrial Alien Encounter. (Speaking of Alien Encounter, be sure to check out Cole’s blog post yesterday all about the attraction.) This alien will encounter another beloved attraction that even inspired a protest movement built around its closure: Mr. Toad’s Wild Ride.

So will Mr. Toad send the extraterrestrial back to its home planet or will the vicious alien beat this toad all the way to nowhere in particular? Vote now:

Today's #MouseMadness match-up promises to be a wild encounter… Which MK classic will move onto round 2? Vote now: https://t.co/68kKFgo6jy 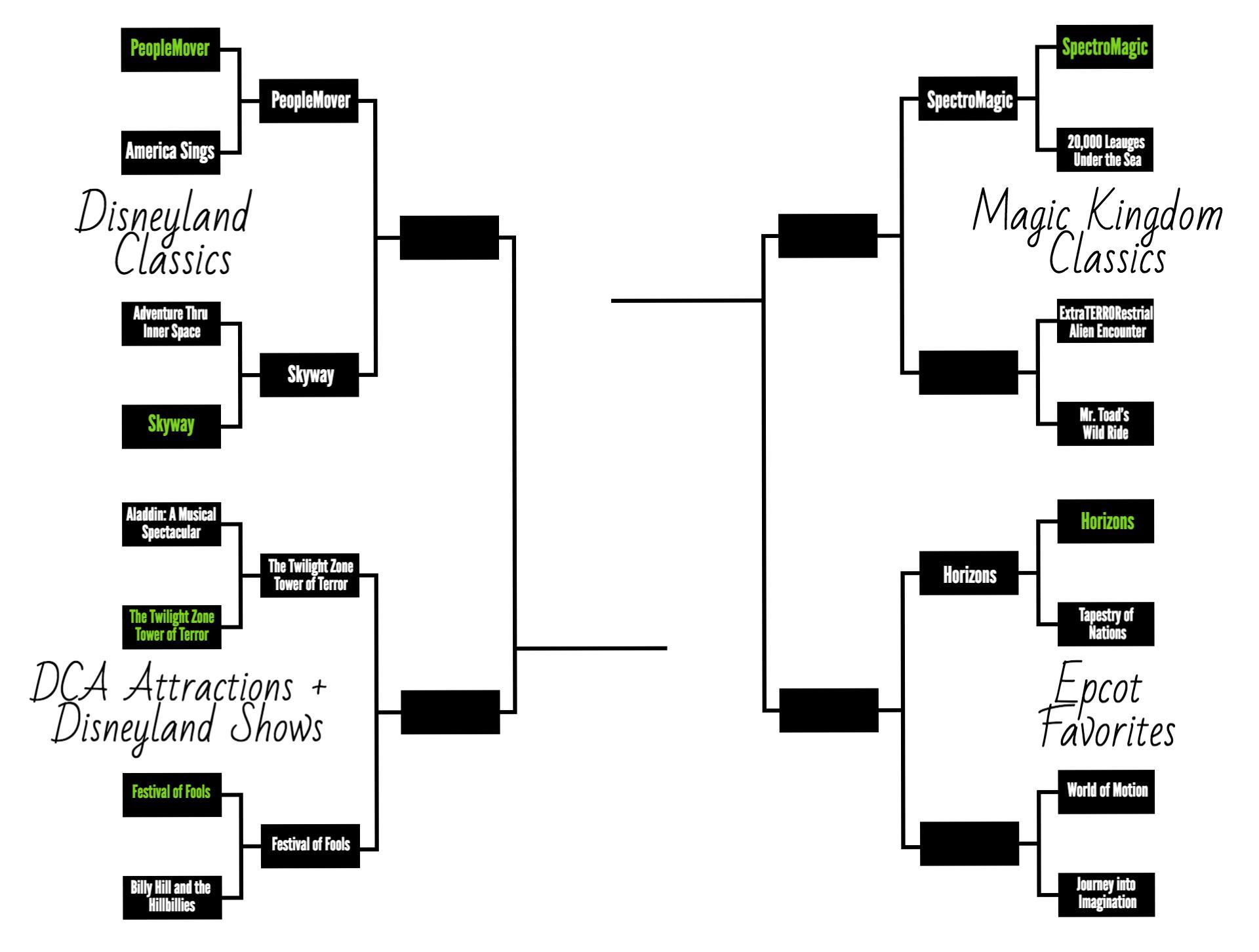