Who's ready for a road trip? Instead of packing up the kids and car and traveling cross-country or to the beach, Feld Entertainment is making it easy and convenient for families to experience exotic and far-off places with a few of their friends. Disney On Ice presents Road Trip Adventures hits the road in the fall and it has everything that we have come to expect from the ice show extravaganza and more this time around. 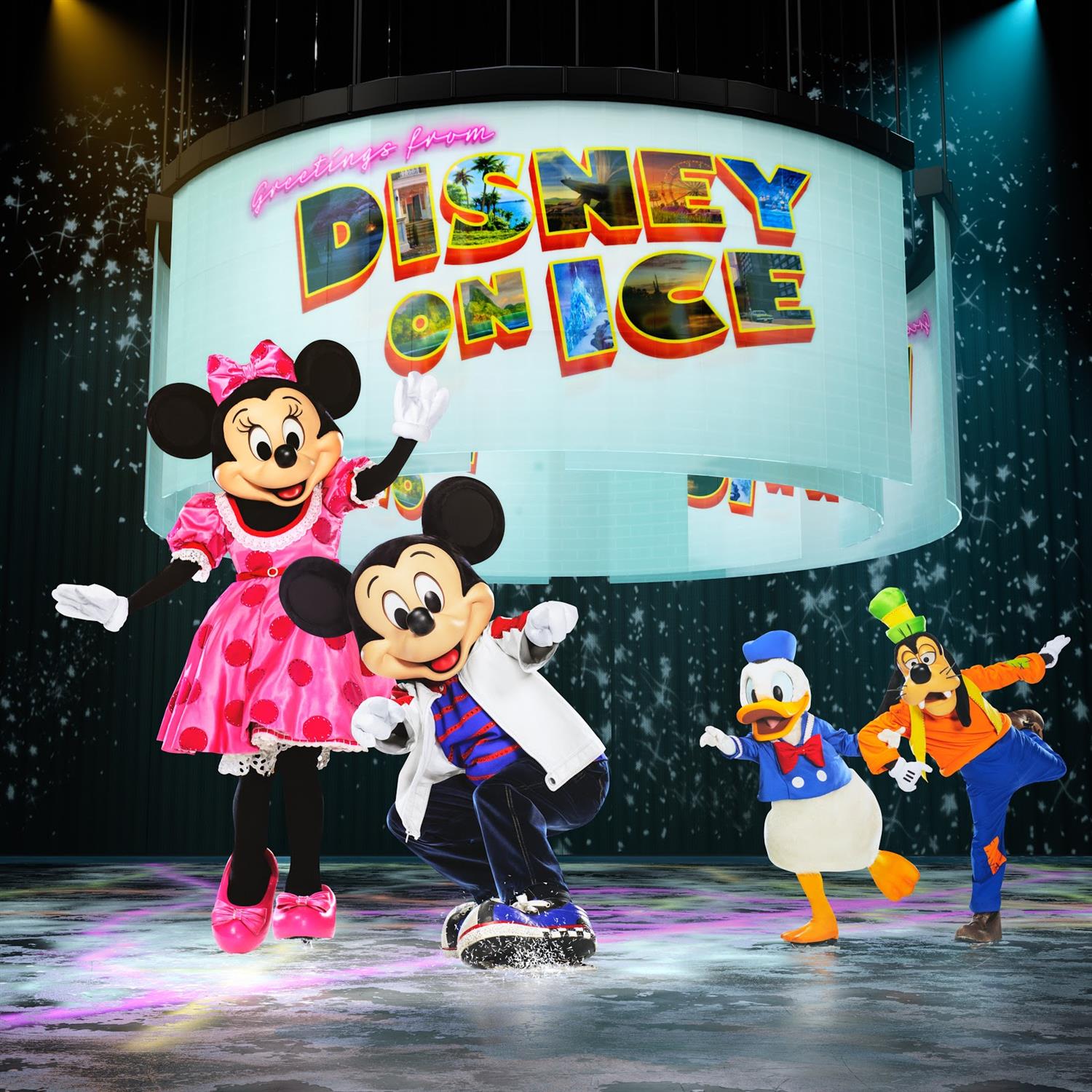 I don't know about you but I look forward each year to the touring production of Disney On Ice. Produced by Feld Entertainment, the show gives me and my family a much needed fix of Mickey and Minnie and the entire Disney gang in between visits to the Happiest Place on Earth.

This year looks to be especially entertaining as Feld has announced that the new production will be the most participatory and innovative offering in the ice show's history. Disney On Ice presents Road Trip Adventures is the newest installment of the ice pageant and when it skates into arenas, Feld promises it will allow families to participate in an immersive road trip to create a multi-generational experience. Producers say the show will come alive with stories brought to life through inventive and theatrical performances.

Realizing just how precious family time is these days, Nicole Feld, Vice President and the Producer for Feld Entertainment says “with this production, we wanted to design an atmosphere where families come together and interact with the performance to create something truly special.” Feld promises by the time the finale comes around “more audience members than cast will have been on the ice creating family memories that can only happen at Disney On Ice.”

So exactly how is this going to happen you ask? Trust me there will be a genie, a magic lamp, giraffes, monkeys and a wart hog (oh my) just to name a few of the surprises in store for guests. While not revealing too many secrets, from the minute spectators arrive for the show tour guides will engage and greet the audience and prepare them for the adventures in store. Through a variety of interactive elements built into the production, families will become an integral part of the narrative regardless of where they are sitting. There will be in-audience dance movements, a show-stopping version of Road Trip Karaoke and Toy Story 4 carnival games that everyone in the audience plays. And for some lucky 50 guests they will be in the center of all the action or the ice when they are invited to ride in small groups in a specially-designed vehicle driven by Mickey Mouse or one of his pals, stopping at favorite Disney destinations such as Montunui, the North Mountain and Metroville. (How cool and special is that – I have to figure out how to get myself invited to ride on one of those special vehicles.)

Feld promises through innovative technology with classic theatrical elements, audiences will help The Incredibles save the day as Dash's speed brings fire to the ice and a thrilling aerial bungee enhances Elastigirl's powers. Audience members will also feel toy-sized when they help Woody and the gang find their new pal, Forky.

“The arena is our canvas,” says Patty Vincent, Creative Director for Disney On Ice. “We use space to create a 360-degree experience that brings the heart of the show closer to families,” observes Vincent by stretching the performance area beyond the ice into the air and into the audience.

You say you want more? Stepping right off the screen and onto the ice will be Simba, Timon and Pumbaa as vibrant costumes and wearable art will infuse life into majestic lions, flamingos and animals that roam the Pride Lands of Africa in The Lion King segment. Transporting audiences to “A Whole New World” to the mystical city of Agrabah, the Genie will provide magical moments in Aladdin's princely parade filled with spectacular stunts.

The Prince Ali parade which be awash in bold colors and opulent costumes will enhance the athletic choreography and performers demonstrating extreme flexibility in the regal procession. Elsa from Frozen will also show off the depths of her power as the arena is transformed into her ice palace with the use of scrims and LED panels.

As with every Disney ice show, Feld incorporates the latest Disney enterprises in its production to insure that guests will be thrilled and chilled with fan favorites like Mickey, Minnie, Donald and Goofy but will also be entertained by friends from Toy Story 4, Aladdin and The Lion King. Also look for everyone's favorite nanny Mary Poppins to fly in as well as characters from Frozen and Moana.

Disney On Ice Road Trip Adventures will premiere in Orlando on September 6th before embarking on a two-year, 60-city tour with stops in Miami, Atlanta, Philadelphia and New York City in 2019 before kicking off 2020 with visits to Boston, Chicago and Dallas. Tickets will go on sale on May 21st for all 2019 engagements.