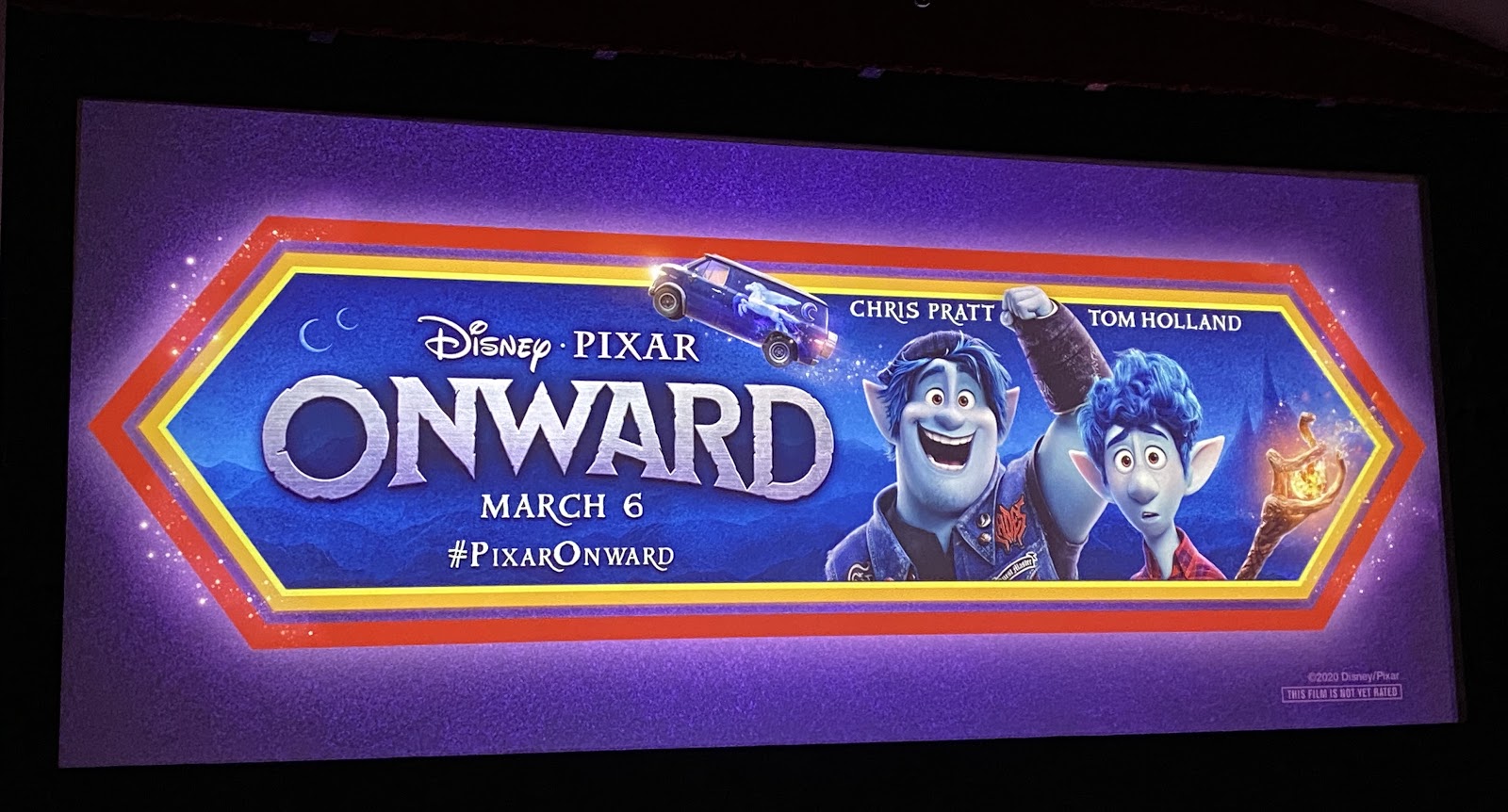 Pixar’s Onward takes audiences on a magical quest with brothers Ian and Barley Lightfoot who are on a race against time to get one more day with the father Ian never knew and Barley barely remembers. At a press junket, Director Dan Scanlon, Producer Kori Rae, and actors Tom Holland and Chris Pratt sat down to talk about the next original film in a catalogue of touching Pixar classics.

“It is a very personal story,” Director Dan Scanlon shared. “Much like the characters in the movie, my father passed away when I was about a year old and my brother was three. So as you can imagine, we don't remember him at all. But we always wondered who he was and how we were like him. And I think that question became the seat of “Onward,” which is what if you could meet him? What if you could have one day and what would you learn? What would you ask? And then we added the elves and the sprites to that incredibly sad story.”

Using an ancient wizard staff, a rare Phoenix Gem, and a spell their father left for them, Ian is able to start the enchantment when something goes wrong, only bringing back the bottom half of their father. “You'd be amazed sitting in a story room with a group of like ten or twelve people, having a very serious conversation about that for days, weeks, months,” Producer Kori Rae joked about story meetings to determine exactly how much of their dad would be brought back. “We tried it all. We thought maybe just a pair of shoes at first, I think.” “And we also were thinking when you are someone who didn't know someone, every little piece you get is special,” Dan added. Certainly with my dad, every little piece of information, every little object they own. And so the idea that the boys literally have a piece of their dad but he's walking around felt funny, but also lined up with that idea.”

Research trips are often part of a Pixar animated project, but a lot of the research for Onward was done right in Emeryville, CA. “We did do tests of what it would look like with pants just walking around,” Dan shared. “We put green screen cloth over our faces and walked around with khaki pants on.” Kori expanded on the home-grown research. “We like to do weird stuff at Pixar, so the weirder it is, the more we know that people within the studio and then hopefully outside and audiences are gonna love it.”

“Kori and I weren't big fantasy fans,” Dan shared when I asked him about a particularly random reference in the film to an element of the fantasy game Dungeons and Dragons. “We didn't know a lot about fantasy. But as you can imagine, at Pixar, there's lots of fantasy fans that were on our teams, great artists. And they were really good about getting to the specificity of fantasy. And a Gelatinous Cube is kind of a deep cut for us, but for real fans it's kind of a classic. A giant gelatinous creature that goes through dungeons and just destroys everything in its path. I just thought it sounded funny and desperately wanted it in the movie.” Pixar films have always been about compelling stories, fantastic worlds, and great characters. “We live with these characters for a long time and then the performers come in and they make them real and they give them a heart,” Dan shared about the actors sitting in the room during the press junket. “Tom [Holland] and Chris [Pratt] are just amazing,” Kori added. “We are forever grateful for how much they invested themselves into the roles and how they really, really took the characters and elevated them and made them so much more complex and real.”

Characters often change or evolve throughout a production and sometimes it’s influenced by the voice actor cast for the role. “When we originally wrote Ian, he was a little more, I think at times sarcastic,” Dan shared.  “Tom brought a sincerity and a vulnerability to him that was crucial in a way that I didn't quite understand. That just naturally comes from him.”

“Because Chris [Pratt] and I were obviously so close already before we even came on to this film, it was almost like we were just playing ourselves,” Tom Holland revealed about his Marvel Cinematic Universe costar. “But the similarities between Ian and myself go back to more when I was sort of in my early teens, twelve, thirteen. I was a little bit of an introvert. I was a very nervous kid and I had a hard time in school. And it wasn't until I went on this adventure that was Billy Elliot where I sort of came out of my shell and I became more confident in myself and I believed in myself. And what drew me so much to this character was that we get to see that entire journey that I went on as a kid in him throughout this film. So I just was really happy to kind of pull my past experiences into this process and I'm really delighted and thrilled to where we got to.”

“Chris [Pratt] was very protective of Barley,” Dan Scanlon said of the action film star who voices a character very unlike his recent on-screen action hero roles. “Barley's kind of a goofball and a crazy character, and we'd write scenes where, you know, Barley's pants fall down and he falls down the stairs. And Chris was always like ‘He's not an idiot. He is a well intentioned guy who's trying to help.’ And he was a protector of Barley as a character and as a human being.” Chris Pratt’s older brother acted in school plays and inspired him to pursue his own acting dreams. “He went in the army, he didn't become an actor, but I became an actor and there was that moment where Barley realizes that Ian has the gift,” Chris shared about how he drew inspiration from his own brotherly relationship for the role. “My instinct, I was like ‘Do you think Barley wishes that he had the magic gift? Because he's the one who loves magic, he wasn't able to do this, but his younger brother was.’ And I think this was really the heart of the film is he loves his brother so much that he's just so proud of him that he has this gift, that he's been given this gift. And when I saw that in the movie, how it was expressed, it really made me appreciate how my brother was with me… He's always… only ever been super encouraging and positive about what I've been able to do as an actor. And I think that's what makes this brotherhood and this relationship so special. And it's why grown men come up to me and say, ‘Wow. I really was moved. I really cried. This is like Field of Dreams or Radio Flyer to me.’ And the reason why is because it celebrates a love between two brothers and their brotherhood. And that oftentimes is not something you see in movies. What you see is the older brother who doesn't let the younger brother hang out with him, who doesn't take him to school, who says, ‘Get out of here, nerd. Get out here, twerp.’ It's like that contentious brotherhood. You see that all the time. It's kind of a caricature of what real relationships are with brothers 'cause truth is brothers love each other.”

Dan Scanlon hopes audiences leave Onward feeling inspired. “It's a film about support and the people that go above and beyond in our lives to help us become the people we are today. It's absolutely about walking out of that theater and thinking "Who are those people in my life?" And they don't necessarily have to be family members. A lot of times, they're friends or teachers. And I would go one step further. How can you be that for someone else?”

You can join Ian and Barley Lightfoot on a magical quest in Pixar’s Onward in theaters starting March 6th.