The Mandalorian Polaroid Now Instant Camera provides the nostalgia of a classic while celebrating an excitingly fresh TV series. It's hard to believe that, long ago before we knew the secret of Luke’s father or his connection with Leia, photographs were mostly enjoyed days or weeks after they were taken. I can remember the wonder at my grandfather’s Polaroid camera, although I wish I could forget the super curly perm and nearly too short shorts that those pics captured for eternity. 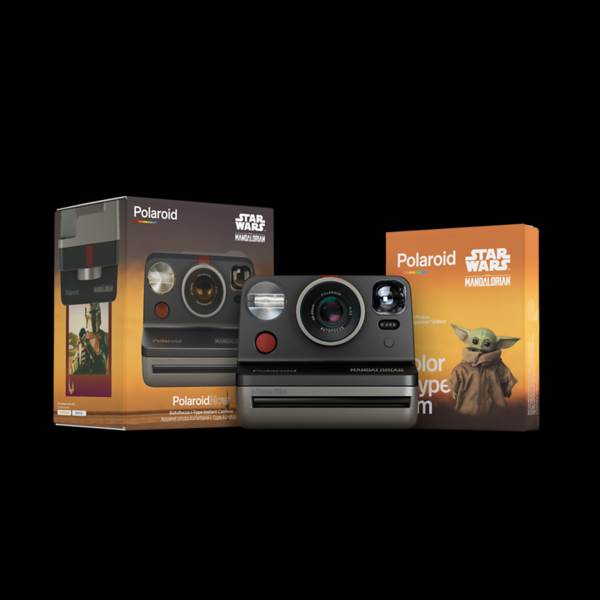 The Mandalorian camera comes in a steel grey color reminiscent ofn’s armor made of Beskar steel. The front of the camera features the Mandalorian logo and a mudhorn signet like the one emblazoned on his shoulder is found on the back. The battery is rechargeable via USB.

Along with autofocus, the camera features a dynamic flash that Polaroid says adjusts its hue based on the lighting conditions as well as a self-timer feature that lets you set up the shot and then jump into the photo within 9 seconds (a small light on the front of the camera will blink towards the shutter). Or you can have extended creative fun with a double exposure feature that is accessed by double-clicking the self-timer button. We had fun using the double exposure feature to craft a light side versus dark side battle. 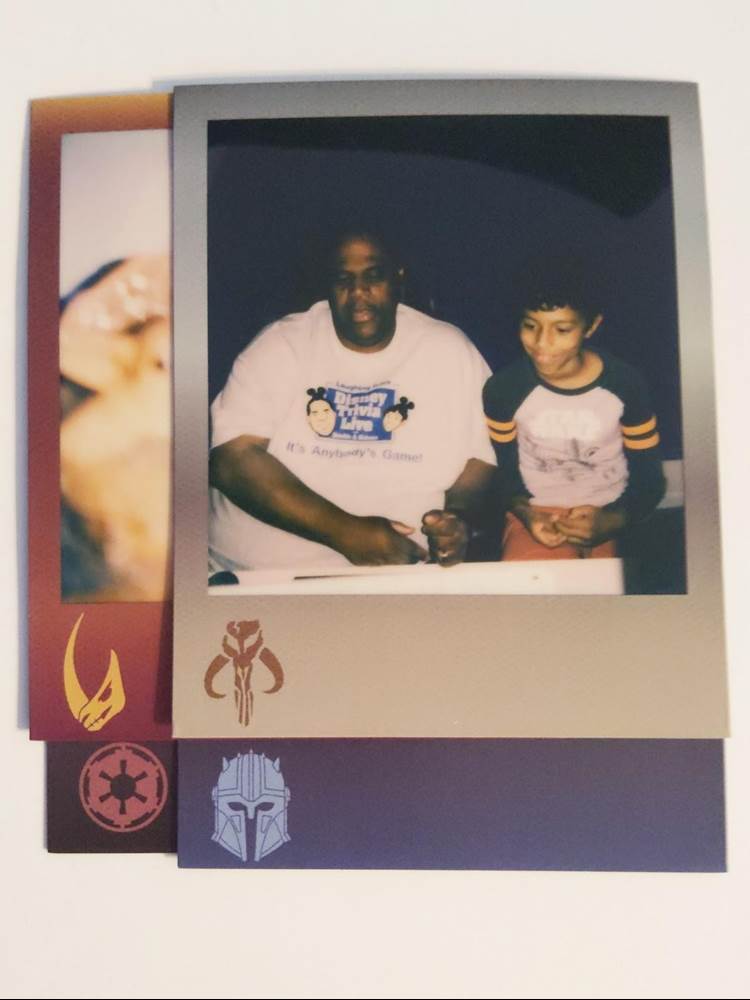 Along with the Mandalorian-themed Polaroid camera, the company also released i-Type film packs inspired by the series. With each pack (priced at $17.99), you can create eight color photographs, each bordered by a photo frame stamped with a character or logo from the series. There are 12 designs are available in all. We’ve seen the Star Wars logo, mythosaur, Mandalorian helmet, Empire symbol, The Child, and Mudhorn. 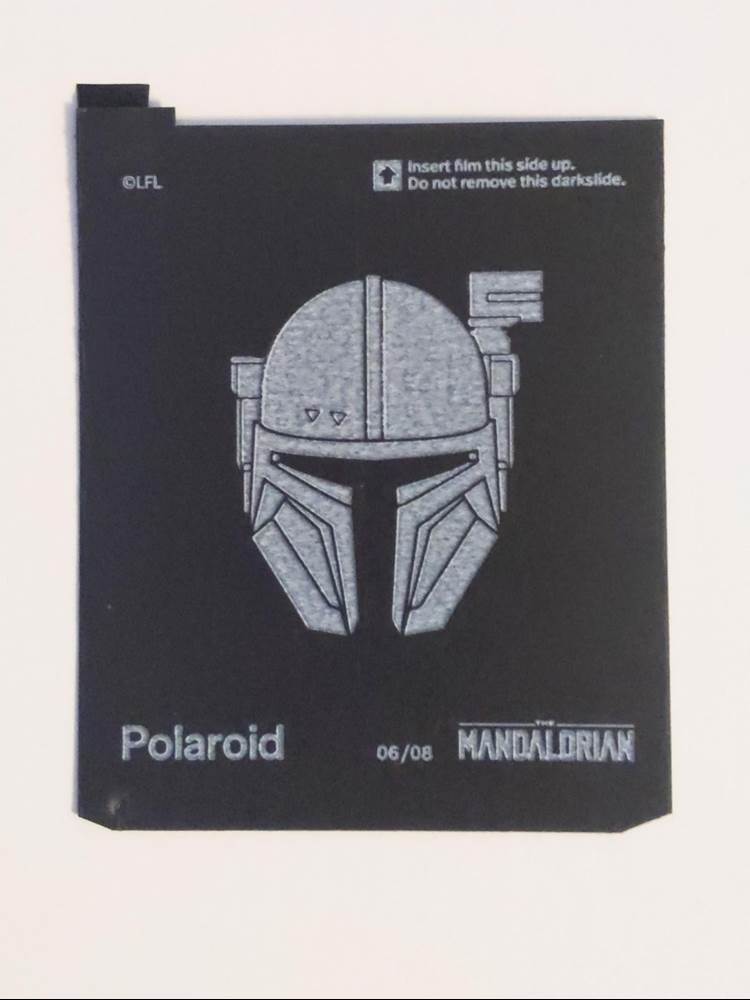 They’ve also included a collectible darkslide (that’s the blank starter slide) in a variety of 8 designs. Ours featured the Mandalorian helmet. 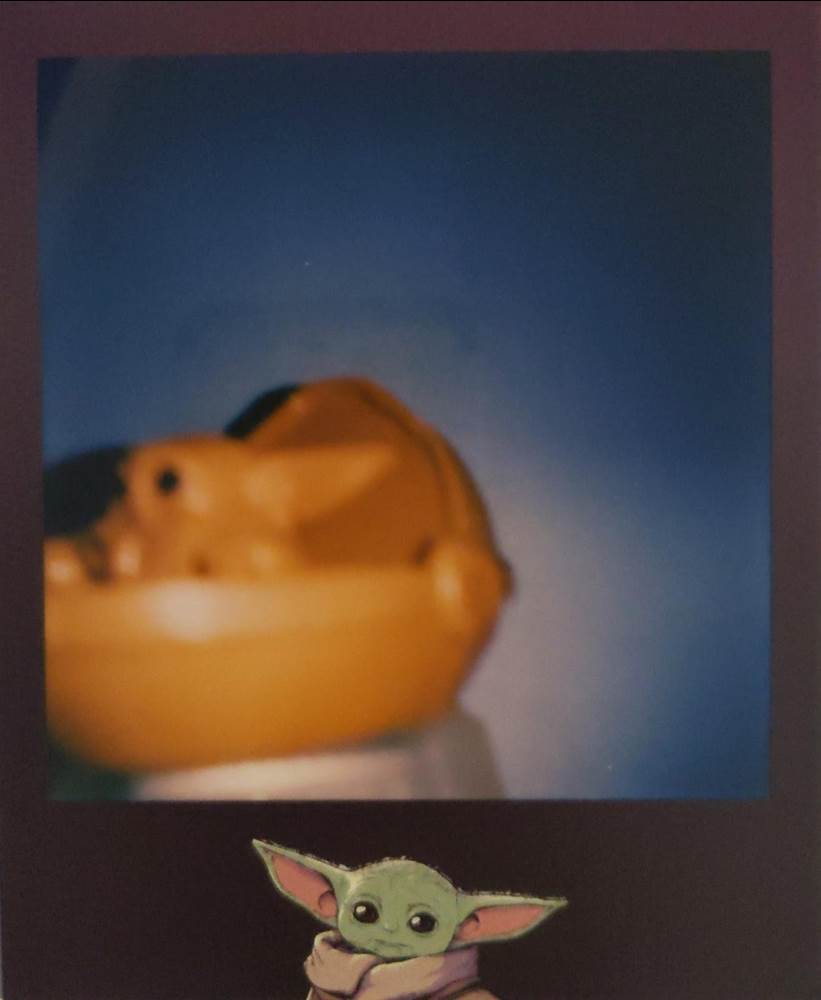 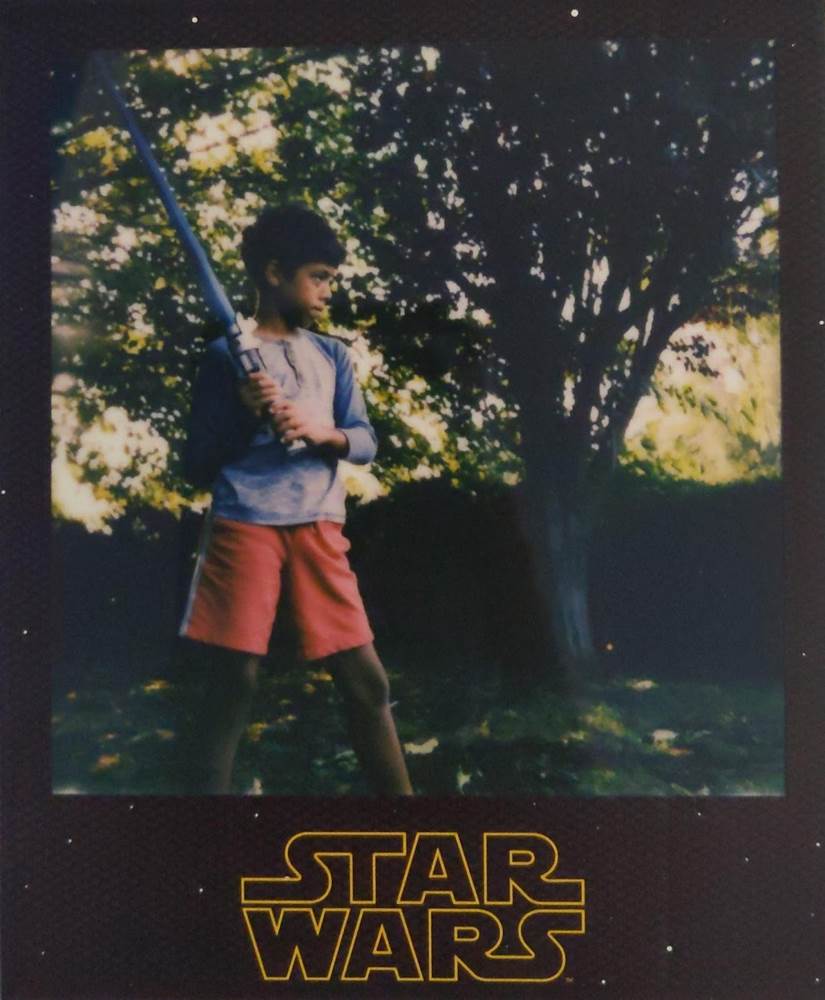 I enjoyed the nostalgic simplicity of the instant camera but found I had to relearn how to calibrate a viewfinder. It's not as simple as “what you see is what you get.” And I was a bit surprised the Polaroid Now produced images at a similar quality to the ones as I remember from days gone by — Polaroid images are not crisp and the colors are not as rich as traditional or now digital. But the fun of instant pictures to stick on the fridge, locker or mirror has returned and with this special edition you can add some Star Wars magic to your shots. 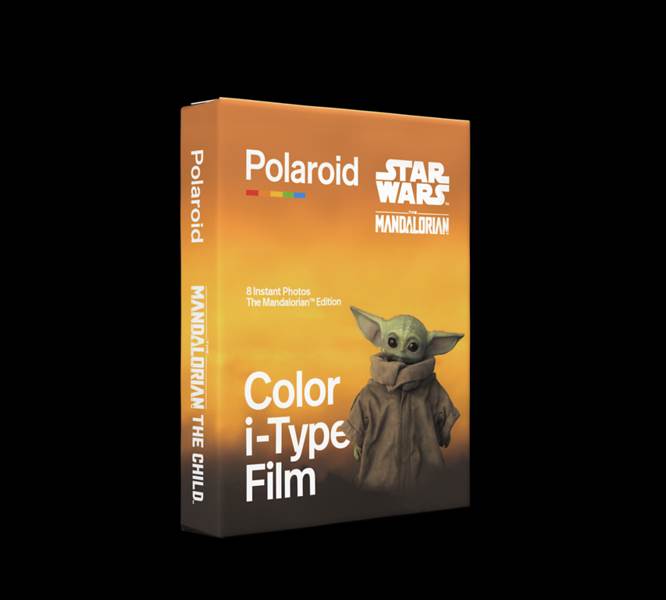 Polaroid Now i‑Type Instant Camera ‑ The Mandalorian retails for $119.99 and the film packs come at a cost of $17.99. However, there is currently a special starter set that includes the camera and three film packs for $169.99.