Disney+’s recent television slate has been CGI and franchise heavy, with The Mandalorian and WandaVision becoming part of the greater cultural conversation. The spaces made available for the previewed abundance of original, family-friendly content were being overshadowed by Scarlet Witch and Baby Yoda. While some tried to fill those empty slots (Diary of a Future President tried…and failed), a new series is here to try and take the ‘W’. 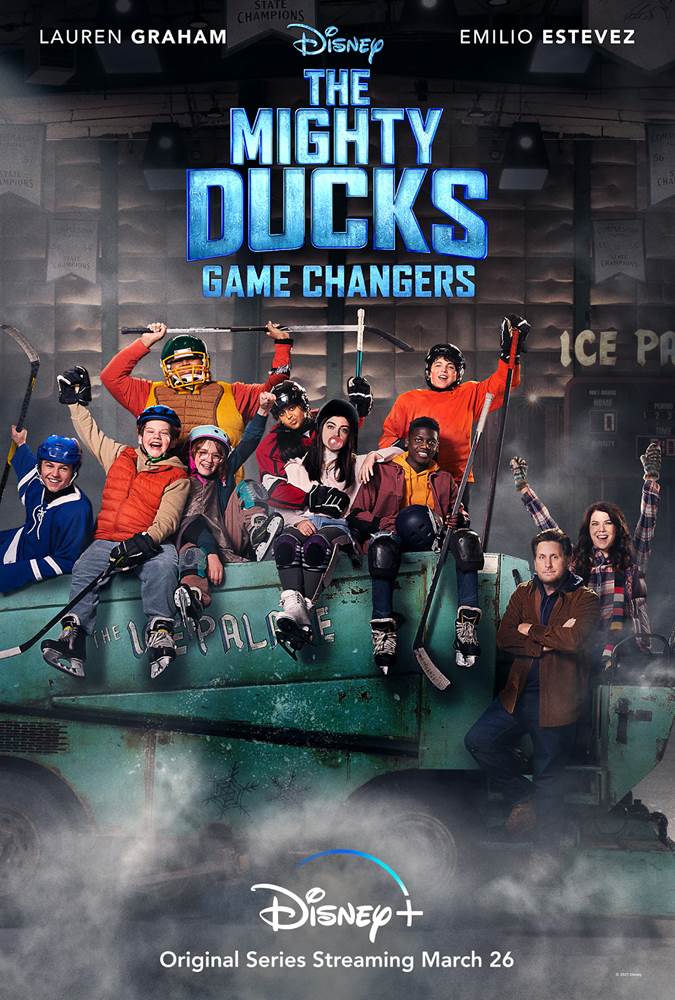 The Mighty Ducks: Game Changers follows Evan (Brady Noon) and Alex Morrow (Lauren Graham), a player on the titular hockey team and his supportive mother, respectively. When Evan is kicked off the team for being its weakest link, Alex takes her son’s dismissal as a way to fight against the way children’s sports leagues are currently operated.

She decides, amidst a wonderfully insane shouting match, to start her own team for Evan as a way to bring the fun back to childhood sports. As she tries to fulfill the requirements required by the league to be recognized officially, she comes across The Ice Palace, a down-and-out ice rink that’s her last hope to find practice space for the new team. Unfortunately, the curmudgeonly owner is Gordon Bombay (Emilio Estevez). His anti-hockey stance is strong, but luckily, a little money can change his stance on anything.

For being a series based around a formulaic film franchise, the show is pretty wonderful. Over the course of the first three episodes critics were given for review, the journey of the new team is immediately enjoyable, thanks to showrunners Cathy Yuspa and Josh Goldsmith. It reminds me of a type of family comedy that simply isn’t made anymore. The Mighty Ducks: Game Changers truly feels like the first program in a long time that can be enjoyed by the entire family on a Friday night with no complaints. 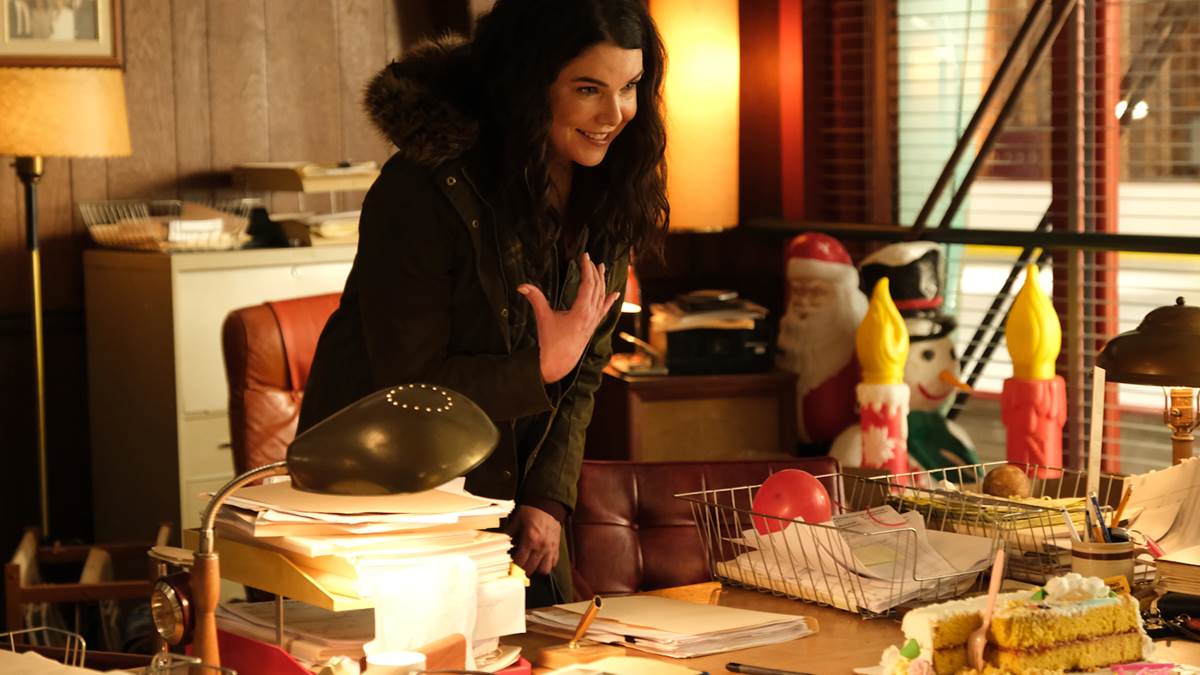 Lauren Graham is perfect casting. Graham has been a television heavyweight for over two decades now, anchoring whatever show she’s on through a palpable warmth and brilliant comedic mind, and that’s no exception here. Her rapport with Emilio Estevez is equally wonderful, as she tries to be the constant smile in his world of frowns. In fact, Estevez’s performance shocked me as instead of being the usual straight man, he’s given the opportunity to be quippy and sardonic in a way we haven’t seen from Gordon Bombay.

I imagine, however, that viewers being asked to actively root against The Mighty Ducks will be hard for some. While the name and logo remain the same, the new version of the beloved team is a shell of its former self. The team now thrives as a place for “professional” 12 year-olds, no longer kids going to the rink to play for the love of the game. It shocks me that they didn’t reboot the team, as having to “BOO” the Ducks seems like a bizarre choice made by all. I’ll get over it eventually. Maybe.

The idea of the Mighty Ducks changing its intent as a team, however, is invoking an interesting conversation about the state of children’s sports leagues. Extra-curricular sports have stopped being used as a place for fun and light-hearted competition, but instead as a starting point for a strong college application. How parents and society has started to expect 12-year-old children to begin crafting the narrative over their lives at such a young age is disheartening, and the show touches on it in big and small ways. Helicopter parenting, vicariously living through children’s successes, and the removal of “fun” from the sports experience are all discussed within the first three episodes with a frankness I wasn’t expecting, but was highly appreciated. My hope is that the entry level conversations aren’t pushed aside as the show goes on, as it gives the series a solid backbone for sitcom shenanigans. 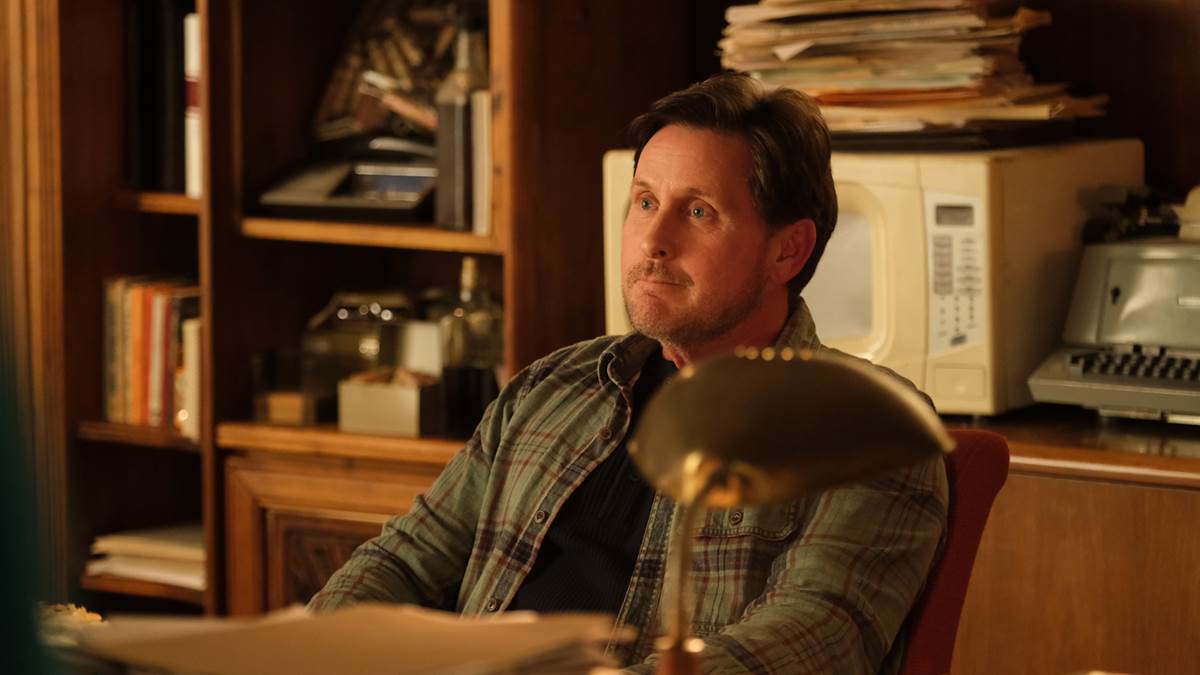 While we’ll all have to wait and see whether or not this family-friendly sitcom is ready to dive deeper into these conversations (which I hope it does), The Mighty Ducks: Game Changers is still a wonderful addition to the Disney+ line-up. They are up after the first period, here’s hoping they can keep their lead throughout.