High school is a confusing time for all teenagers, trying to find where they belong in the world as they transition closer towards adulthood. It can be even more challenging and confusing when you have something you’re trying to hide, which is the type of story Ann Marie Pace tells in her Disney Launchpad short, Growing Fangs. A play on “Growing pains,” this story is about a girl navigating the difficulties of high school… as a half-vampire! 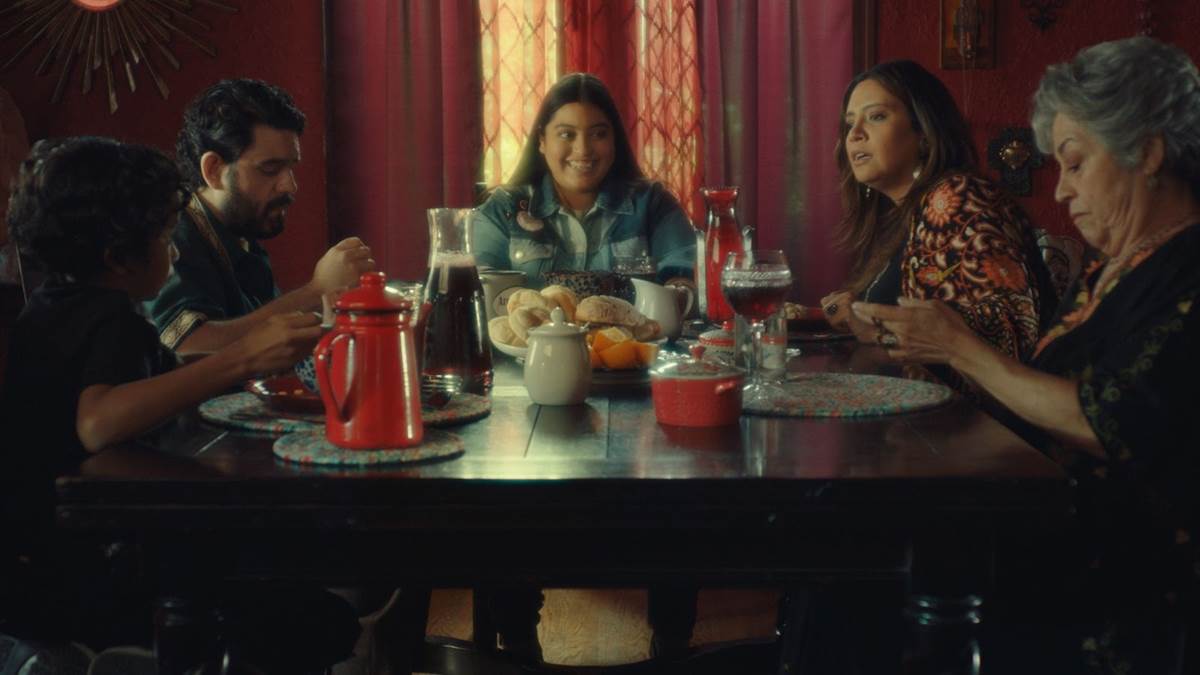 Val Garcia is half-human, half-vampire, and doesn’t really know where she belongs. Having recently switched to a school for monsters, she agrees to fill in for the school mascot to impress her crush, but soon finds out that it’s an offensive mascot to her, a “Horrid Human.” In her efforts to fit in everywhere, she continuously feels like she belongs nowhere.

There are a lot of themes to unpack in this Disney Launchpad short, a program that emphasizes diverse storytelling. It’s a little on the nose that Val is trying to hide her vampire/human side depending on where she is while also being out of the closet about her interest in girls. It’s hard to hide your sexuality and Val finds it hard to hide her human/vampire sides, but it’s a relatable experience nonetheless. There’s also a theme about what mascots say, which has become a hot button issue lately.

The tone of Growing Fangs is kept lively and fun, making it one of the most enjoyable Disney Launchpad shorts. Keyla Monterroso Mejia is charming as Val and Cristela Alonzo is her usual, delightful self as her mom (the only familiar face in the entire Disney Launchpad lineup). Growing Fangs will leave audiences with a big smile on their faces.