Audiences are captivated by The Little Prince(ss), a Disney Launchpad short film directed by Moxie Peng streaming on Disney+. The short tells the story of a boy with feminine interests who becomes the ire of his new friend’s father. I had the pleasure of speaking with Moxie Peng to learn more about their own childhood memories that inspired the film. 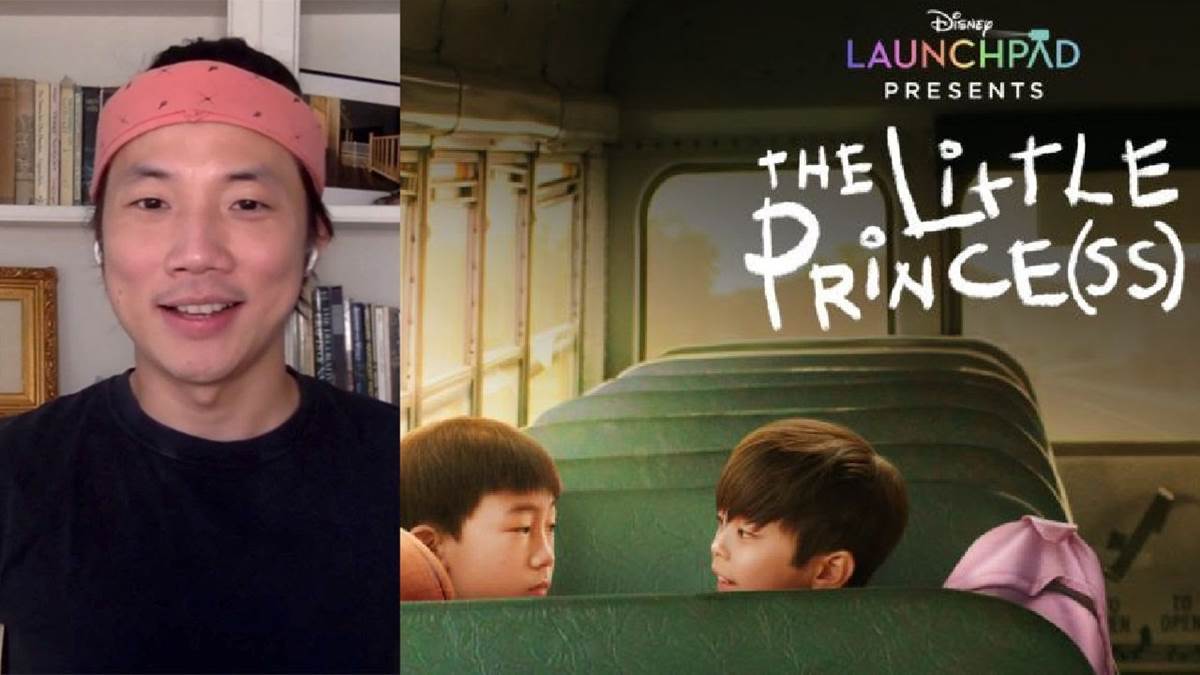 Alex: What is the inspiration behind The Little Prince(ss)?

Moxie Peng: Yeah, The Little Prince(ss) is a story that is based on what happened to me when I was a child. I was like Gabriel. I liked pink and I was into feminine stuff. And then I became friends with my neighbor and his dad started to have a problem with me. One day he came over to our dinner table and told my dad that I was not normal and I needed to be fixed, so I felt really heartbroken. I went to cry and my dad stood up for me and told him that he loved me for who I am, and if I like books and art and princesses, it's okay. So that moment really stayed with me and inspired me to tell the story about how we should learn to stay open-minded and stay curious when we see someone who is different from us, instead of jumping into a judgment.

Alex: Child actors were essential to telling this story. What was it like casting and working with the kids who played Gabriel and Rob?

Moxie Peng: It was really fun to cast them. We had a really difficult time looking for Gabriel, because we wanted this very specific Chinese-American kid who is like seven, who has the sensibility of understanding difficult emotions, who can be a little feminine. And we really searched nation-wide and we found this kid named Kalo Moss, and he's amazing. We immediately loved him. He really pulled off everything. Laughing, crying… And he can act with his eyes, which is really beautiful and really, really precious. And then we have Rob. We were looking for this sort of more conventionally masculine kid who is new to the U.S., who is also Chinese-American. And so for me, I wanted to bring that freshness and naiveness of this character to screen. So we really looked into a lot of talents. But a lot of kids have this sort of performing nature when they are on camera. And it's always hard for us to find someone who is natural. I went through a friend who happened to know Rob's parents, and he introduced me to Rob's parents and that's how we met him. And he is really natural. He only moved here a few years ago, so he's perfect for the character. So we basically just spent a lot of time and energy casting for the perfect kids. And once we found them, everything else was very easy. They understand the story, they came very prepared, they know all the lines. Their parents are great teachers for them, they told them the story really well. So when they came on set, they were just amazing. So they were just basically being themselves and we were just recording them being themselves.

Alex: Food plays a critical role in the film in both the dinner scene with Gabriel, but also a classroom scene for Rob. What was the reason for setting two very emotional scenes around eating?

Moxie Peng: I think for me personally, when I revisit the traumatic event that happened to me when I was a kid, I was at dinner, I was eating, and the fact that I was so sad that I couldn't swallow the food because my throat was covered by tears. And it was just really hard… I was basically choked, right? And I couldn't swallow. And I realized that humans are really interesting. We have tears and when we have tears, our throat tightens and we can't eat anymore. It's like you have to be happy to eat. And when you're grieving, you lose the ability to eat. So I think food, to me, it's not just a… It is an important prop. It's significant for Rob's story as he was othered by his classmates because he eats Chinese food, which may have a strong smell and his classmates were mocking him. But it is the same type of grief that one felt when they were feeling othered and not appreciated that made them both stop eating. I think that is also sort of a bridge between the two kids. They both face difficulty, and they both happen to have this difficult moment when they're eating. So I think I'm trying to connect them with this imagery as well.

Alex: Great. Well, thank you so much for your time, Moxie, and congratulations again on your short film.

The Little Prince(ss) is now streaming on Disney+ along with five additional Disney Launchpad short films. You can watch the full interview with Moxie Peng below.