“You must be the change you want to see in the world.” This inspirational quote from Gandhi still rings true today and it’s the theme of No. 2 to Kettering, a new animated short directed by Liza Rhea. Part of the second season of Walt Disney Animation Studios’ Short Circuit experimental films program, families will find inspiration from this charming short. 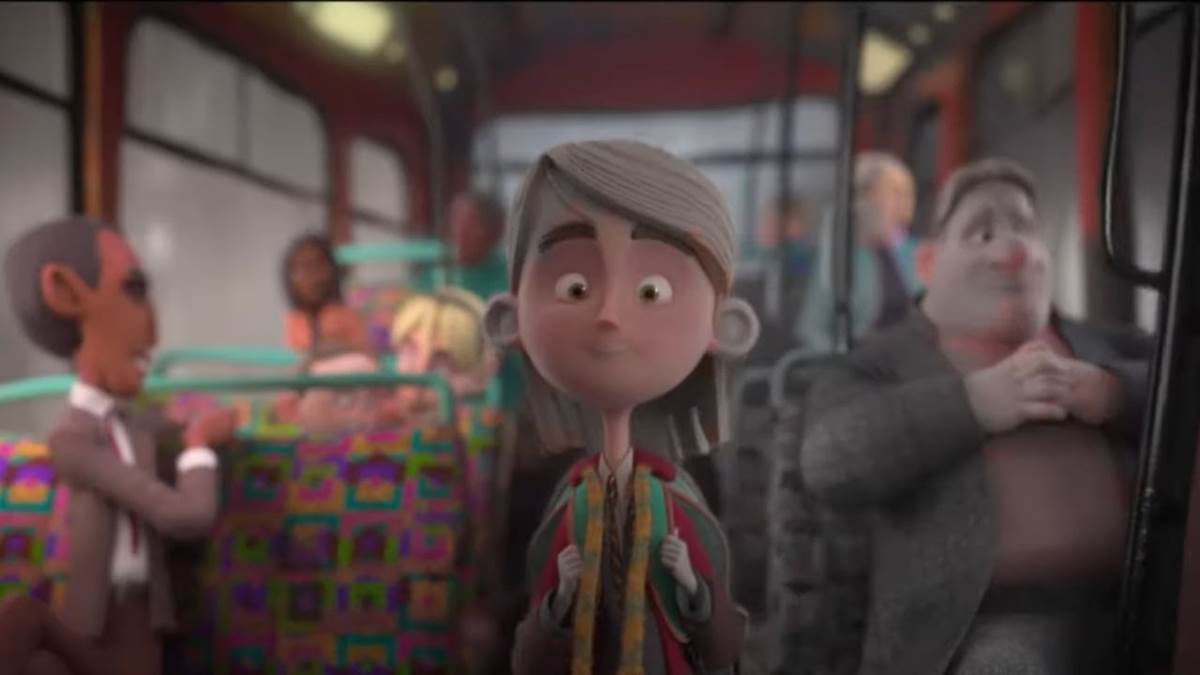 Set in England, a girl boards the red bus she takes every day and finds it the same as always: Gloomy and cheerless. The mood of the bus affects her, draining her of her own color, but finding strength inside herself, she literally begins to brighten up the ride as she interacts with the other passengers and driver. Her light shines through and radiates through everyone else on the No. 2 to Kettering.

Inspired by her own childhood memories, director Liza Rhea based her directorial debut on the discovery that her own smile could brighten up her daily commute. Color is a big part of the story and it’s visually stunning the way characters transform from dull, muted tones and color radiates out of them. It’s the kind of transformation that animation fans will want to watch in slow motion.

No. 2 to Kettering is also the second short in this batch of Short Circuit films that uses a claymation style. Liza Rhea is an Environmental Modeler, so it makes sense that her short has a handmade quality to it. It’s part of the brilliance of this series, offering something different than the typical polished characters and worlds that we expect from Walt DIsney Animation Studios’ feature films.

No. 2 to Kettering premieres Wednesday, August 4th, on Disney+ as part of Short Circuit season 2.