Fresh off of the success and absolute craziness of “King in Black” earlier this year, writer Donny Cates has been given the reins for the strongest one there is. Given the precedent that has been set, it seems like a safe bet that things are going to completely wild for the big green guy.

“Hulk #1” gives us a journey into the mind of Dr. Bruce Banner and asks the question “What if the Hulk exists to protect us from Banner?” It gives us a relatively new side of this founding Avenger and sets up a potentially very big story. This new issue introduces us to a much darker version of Dr. Bruce Banner, who is still trying to figure out the best way to deal with the Hulk. Now, he’s locked the big guy up in some kind of prison and nothing about his mental state seems very stable.

Of course, the heroes of the Marvel universe are very familiar with dealing with the Hulk. Doctor Strange assembled the heroes to prepare to deal with his latest nonsense, but somehow this feels different. Banner has done something he shouldn’t be able to do and perhaps having him in control makes him even more dangerous than the hulk.

Although, Tony Stark may disagree with that as he is the one that has to go toe to toe with the Hulk himself. The big guy is dangerous on his own, but with a motivated and ambitious Banner pulling the strings, he’s more of a problem than ever before. And that problem might get even bigger going forward. 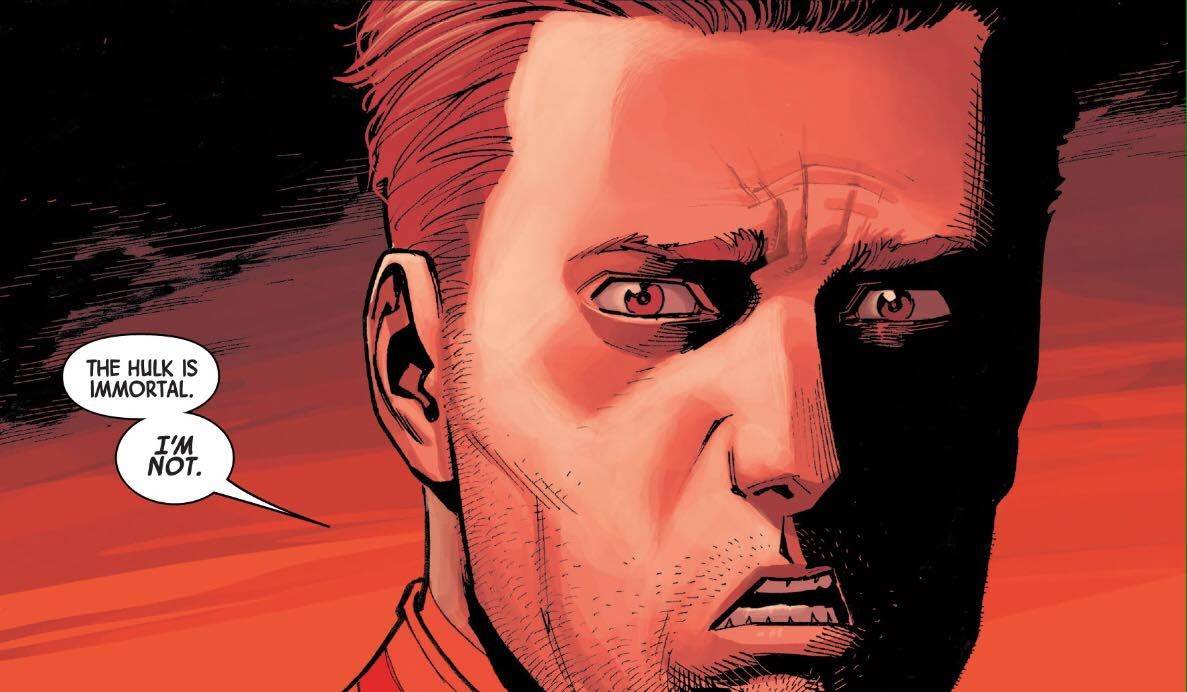 The thing that jumps out about this story the most is without a doubt this new dark and crazy Bruce Banner. Banner has been such a beloved and endearing character both in the comics and the movies for so long, so seeing him in this new light is a bit jarring, Especially seeing him snap at Betty. This is a version of Banner that we have not quite seen before.

Another thing to take away from this first issue is the definitive big story feel it has. This is certainly not just a Hulk story, as is evident from the two pages of Doctor Strange explaining the situation to his fellow heroes. If you’re someone who is always looking for the next big crossover, this is an issue you’re probably going to want to pick up.

The big question stemming from a story that sees the Hulk trying to go to space is “can it be different enough from Planet Hulk?” With such a beloved story being so similar to this new one, it would be very easy for this creative team to simply play the hits and give us an updated version of that story.

That being said, if there is one writer today that we can count on to provide some wild twists, it’s Donny Cates. The reason “King in Black” and his “Venom” series were so memorable was that they kept us all on our toes. This new story might be similar to ones we’ve seen before, but I would expect a surprise or two. You can check out “Hulk #1” now. For more on this week’s comics, check out today’s episode of Marvel Time: