Marvel fans are going crazy for Thor again these days, with Thor: Love and Thunder getting ready to hit theaters next month. So, naturally it makes a lot of sense to launch a new Thor comic series, especially one that features Jane Foster as the Mighty Thor.

“Jane Foster & the Mighty Thor #1″ is a perfectly timed new five-part limited series featuring everyone’s favorite gods of thunder. Jane has been serving as a Valkyrie ever since Mjolnir returned to Thor, who has been going through his typical crazy adventures. Now, it appears their paths are on a collision course once again. 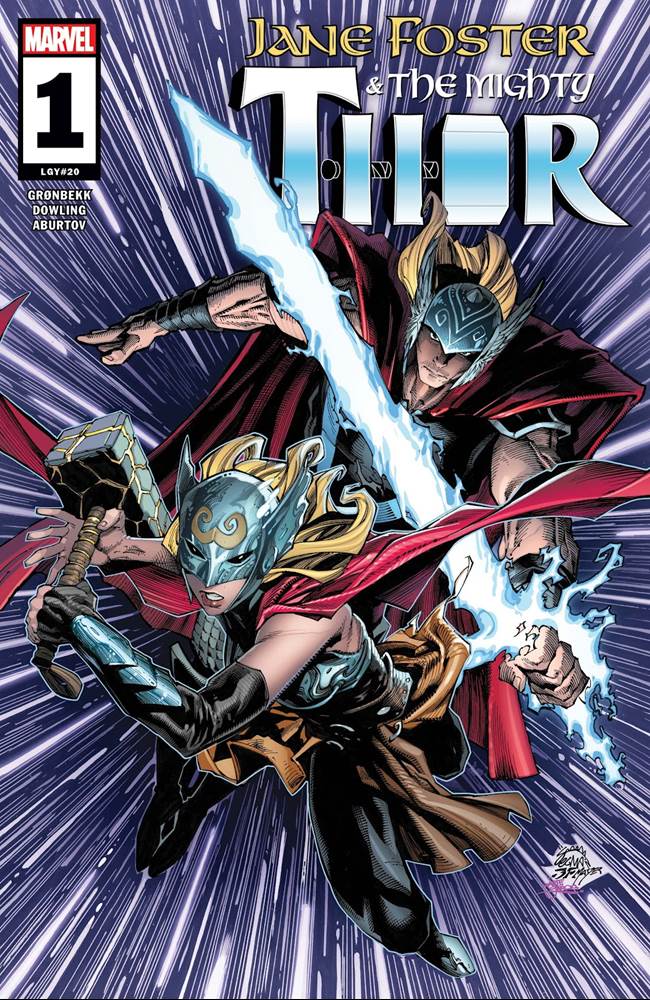 Asgard has been through a lot over the years and it has amassed an impressive number of enemies as well. At this point, it seems there is little they would not be prepared for, but someone is assembling those enemies and their armies for a mission to destroy Asgard.

Meanwhile, on Earth, the Avengers are protecting against some kind of soulless attack, with the help of Valkyrie. It’s been a tough time for the Valkyries who are trying to balance a normal life with their wildly complicated jobs, the plight of every superhero.

As for Jane Foster, she thought her days of being the Mighty Thor were behind her. When Mjolnir comes crashing through her window though, she immediately knows something is wrong and is left with little choice. Oh, and this is the first time she’s picking up the mighty hammer since it became enchanted by the soul of Odin himself. So that’s new. 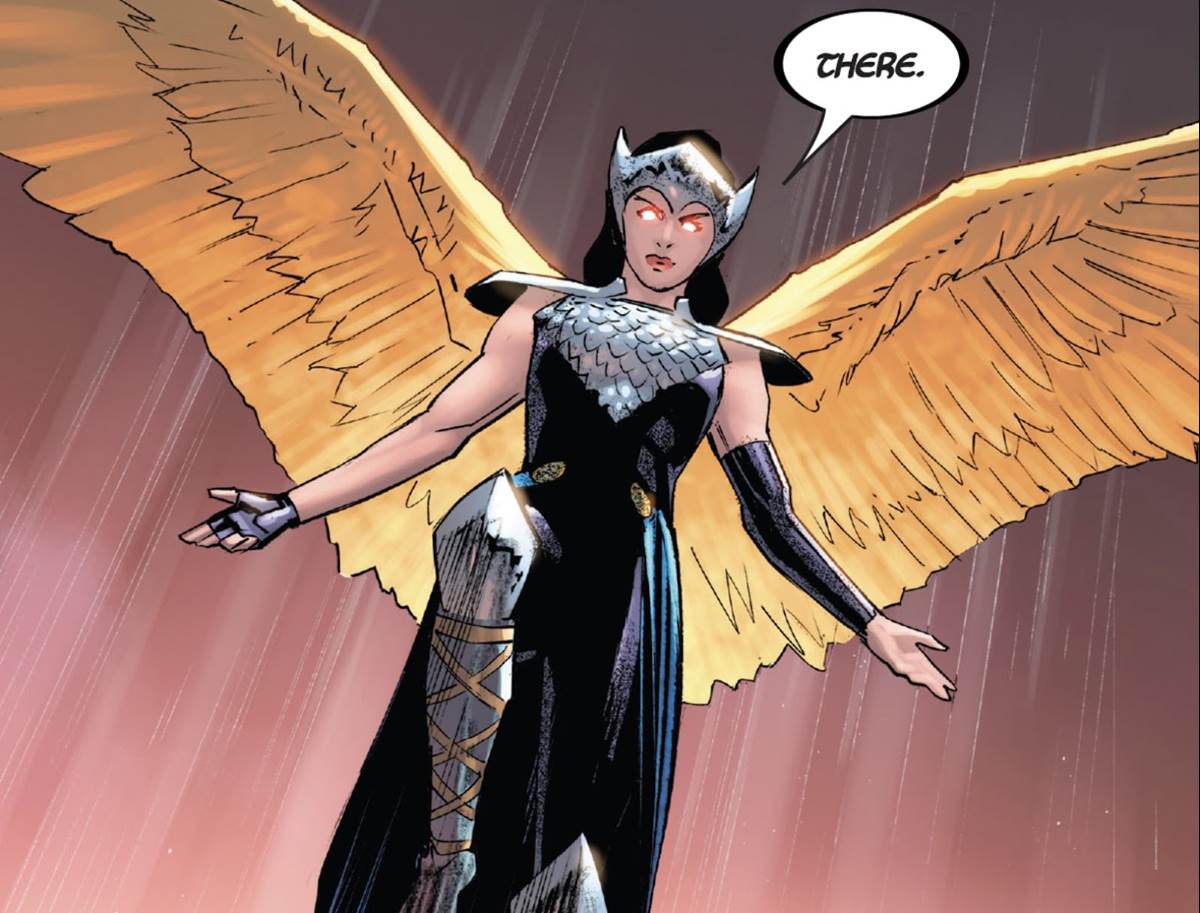 This first issue is a perfect balance because it gives us all the drama of Asgard. That fancy font and regal speech pattern let’s us know we should be taking things seriously, especially when some of Asgards greatest enemies are in play. That gives a weight to this comic that grounds it while still letting it be fantastical.

However, it also has all the fun of Earth. We are getting a nation preparing for war against dangerous foes, but we’re also getting a couple enjoying coffee on “not a date” before being interrupted by a talking horse. It’s fun and yet serious, cosmic and yet relatable. It’s a very balanced first issue. 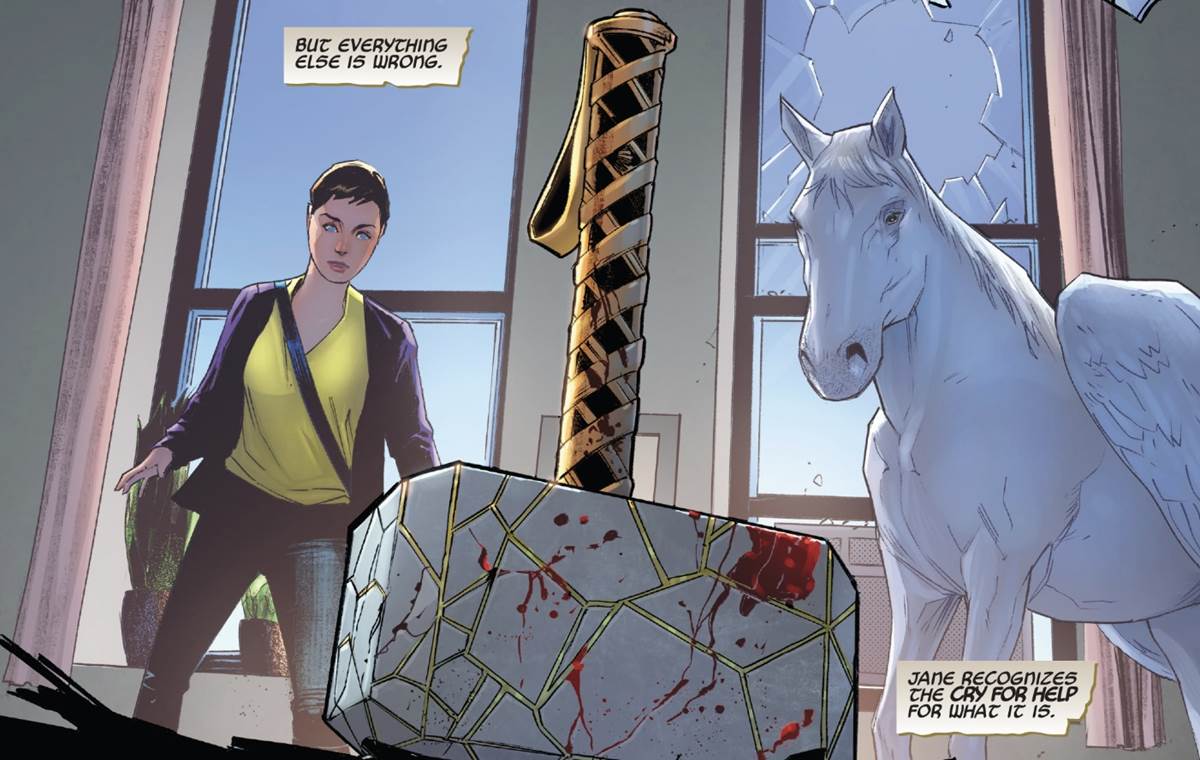 It’s also important to note that this is a very good jumping on point for new readers. Some may not be familiar with Jane Foster having lifted Mjolnir, or some of the stranger characters of Asgard, but if you can roll with that, everything else is very well explained and it doesn’t overwhelm you with years of story. It’s a nice easy read that still feels like the start of something big and exciting.

And speaking of exciting, the artwork of Michael Dowling in this issue is nothing short of spectacular. This isn’t the most action heavy comic so a lot of the images are a bit on the ordinary side, but when the opportunity presents itself, Dowling delivers from great visuals. You can check out “Jane Foster & the Mighty Thor #1″ now.