That’s exactly what we get with “Miles Morales & Moon Girl #1,” which teams one of Marvel’s most popular heroes with a very fast-rising, young character. The two science geeks get to showcase their chemistry in this one off story and it’s entertaining for fans of the two characters. 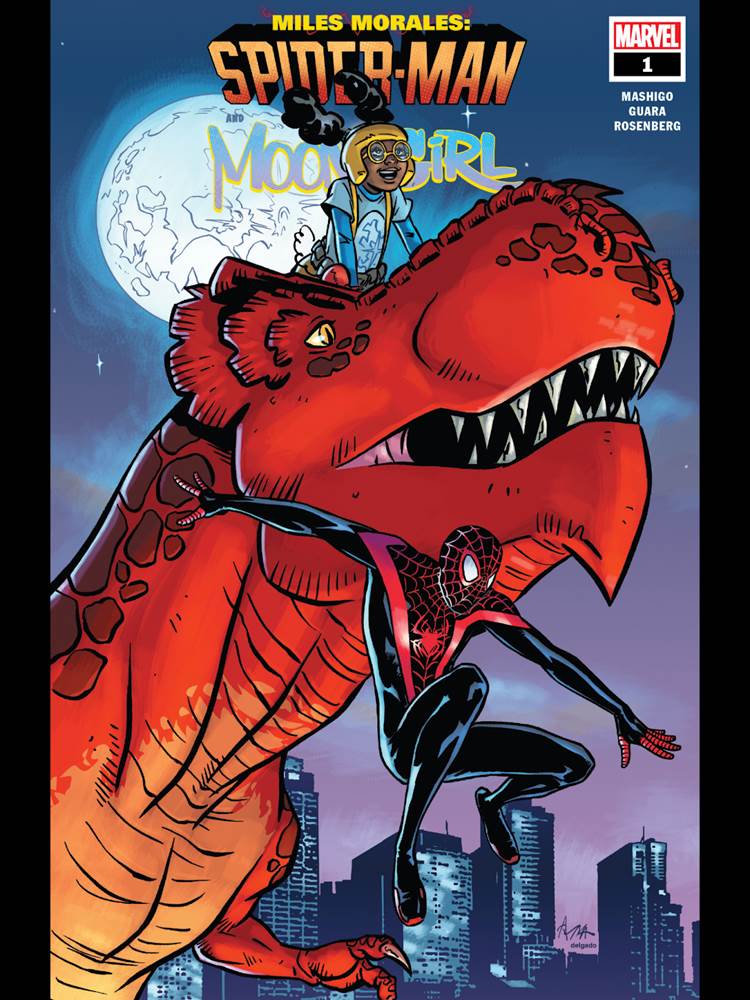 Moon Girl is one of the smartest people in the Marvel Universe, but stopping bad guys is a whole lot easier with her big pal Devil Dinosaur by her side. So when something happens and Devil Dinosaur goes missing, she makes it her top priority to get her friend back.

The search leads her to Brooklyn and specifically Brooklyn Visions Academy, where she can use all of the resources at her disposal to pinpoint the location of her missing dino friend. Of course, this school has a certain web-slinger roaming its halls as well, and it was only a matter of time before these two crossed paths.

Together, Moon Girl and Miles Morales make it their mission to find Devil Dinosaur, not just to reunite with a friend but also, you know, to get  raging tyrannosaurus rex off the streets of Brooklyn. The trail to the dino leads them to some unexpected places, or more accurately, some unexpected people. 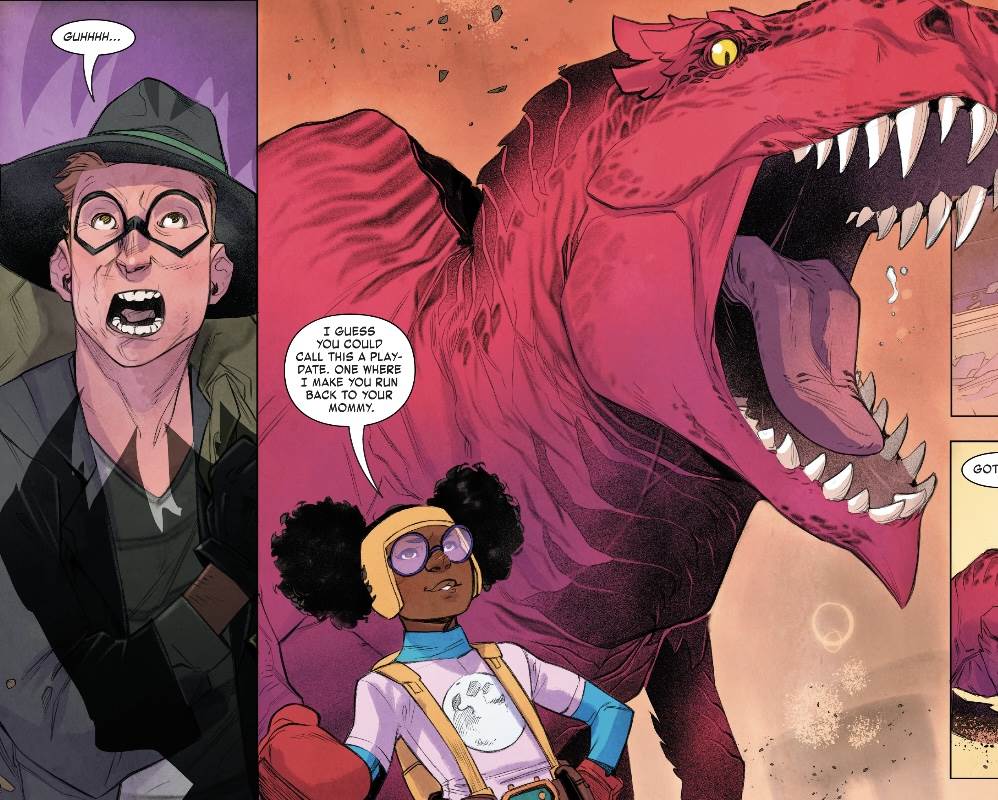 This is not a groundbreaking, must-read comic, but it is certainly a fun crossover for fans of these characters. It follows the M.O. of a simple crossover, by telling a streamlined story while allowing each character to get some time in the spotlight. It also features some surprise characters that have a history with our heroes and add to the fun of this issue.

Another nice thing about the crossover formula is that you don’t really need any context. This is a great comic to simply pick up and read, regardless of your history with Marvel Comics or these characters. It’s not exactly a starting point for either of them, but it’s also not something that’s going to leave you confused. 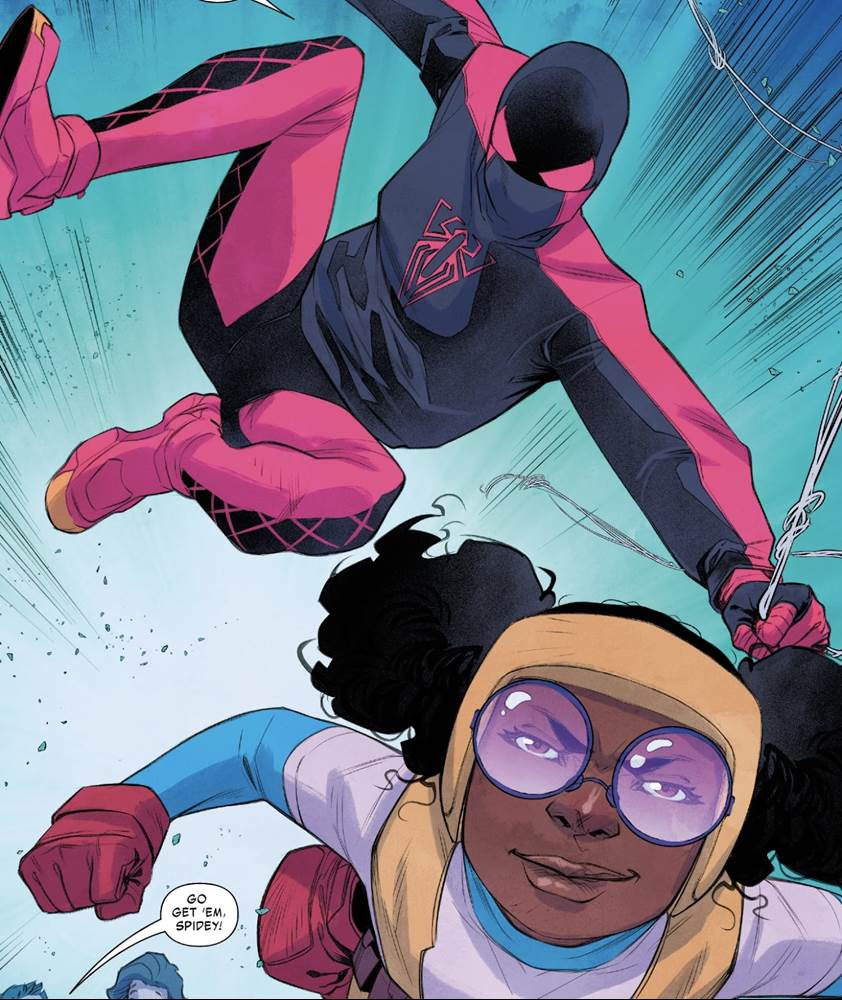 On the flip side of that, this issue also reads like something of a beginner comic. A lot of the dialogue overexplains the story and doesn’t really leave much for the readers to figure out for themselves. Again, this is fine for a younger reader or someone who just wants to start getting into comics, but for avid readers, it may feel a bit awkward.

This issue does manage to keep this simple story going, setting up more adventures for Moon Girl and whoever else she might meet along the way. It’s fun for fans of this character to get to see her take a step into the bigger Marvel Universe and team up with some of the other popular heroes out there.