Welcome to the next post of Disney Extinct Attractions. My name is Cole Geryak, and I’ll be your captain on today’s unofficial journey to the polar ice cap. 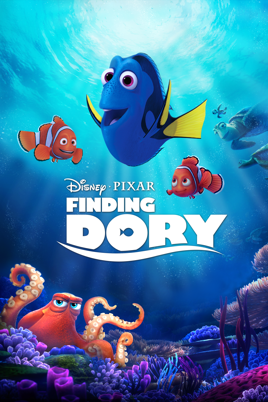 Some of the biggest news out of the Disney camp this week is that Finding Dory is finally making its way to home video this week. The film is currently the highest grossing animated film of all time domestically — an impressive feat considering the influx of animated films that have been released recently. The film certainly lived up to its predecessor Finding Nemo, which is truly an accomplishment considering the first film is one of Pixar’s biggest successes. (I personally preferred Finding Dory, but that’s just me.) In fact, Finding Nemo even inspired a revival of the beloved Submarine Voyage at Disneyland, now known as the Finding Nemo Submarine Voyage (very original, I know). But since this a blog about extinct Disney attractions, I bet you already know which one this article is going to talk about.

Before we enter Disneyland’s main gates, it’s important to understand the world’s fascination with underwater travel in the late 1950s. The world’s first operational nuclear-powered submarine, the USS Nautilus, undertook a historic quest to travel under the North Pole, beginning June 1958. The voyage amazed the world and served as a major inspiration for Disney Imagineers looking for new ideas for attractions.

Meanwhile, Disneyland had become a bonafide success, truly changing the world by reinventing the amusement park, transforming it into a true theme park. The park had brought in millions of guests in less than less four years, but as Walt Disney once said, “Disneyland will never be completed. It will continue to grow as long as there is imagination left in the world.” (One of my personal favorite quotes, actually.) Walt truly lived by this philosophy, adding experience after experience to Disneyland, but none as large as the park’s first major expansion in 1959. (None during his lifetime, I have to clarify, because Star Wars Land is going to be humongous.) 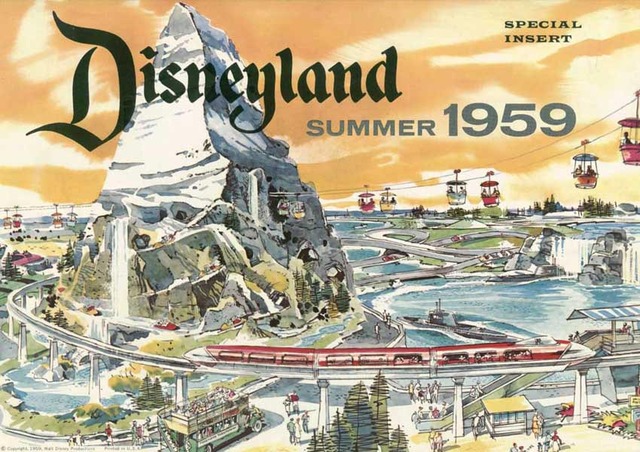 This expansion was truly astounding because it changed the landscape of Disneyland, creating more high-tech and thrilling experiences. (Plus, it changed the physical landscape by adding a giant mountain.) Guests now had the chance to ride the world’s first tubular steel track roller coaster, the Matterhorn (Disney’s first Mountain), as well as the Western Hemisphere’s first daily operating monorail. With this innovative expansion, Disney set the tone for what would consistently be expected of new attractions added to the Disney Parks.

But the attraction that continues to stay unique to this day was the journey through Liquid Space, the Submarine Voyage. Giving guests the opportunity to travel underwater and see sights that seemed too amazing to be true, the submarines immediately brought crowds to its corner of the park, especially considering the fascination with the USS Nautilus’s historic journey.

As a matter of fact, these attractions were all so different from anything else in the park that Disneyland had to create an entirely new ticket level. At this point in time, Disneyland still required tickets for each attraction that guests wanted to experience, with the letter on the ticket corresponding to the popularity and type of experience that one would encounter. Bestowing this newly created E-Ticket on the new attractions meant that they were among the best of the best that Disneyland had to offer. The Submarine Voyage certainly lived up to its billing as one of the premier experiences at Disneyland because it allowed guests the chance to do something they couldn’t easily do anywhere else. Inspired by the USS Nautilus and its journey to the North Pole, the attraction gave guests the opportunity to go on their own (abbreviated) trek to the Arctic Circle aboard their very own submarine. Well, technically, the vehicles were boats because they never truly submerged, but they will always be submarines if you simply believe.

Along the journey, passengers would begin by seeing many different species of fish, though they were all fake, sadly. (We were still a long way off from the Animal Kingdom at this point and including live animals wasn’t exactly feasible yet.) After traveling through the ocean, guests finally reached the polar ice cap, where the sights became much more magical and Disneyesque with giant squids, lost colonies, and even sea serpents. 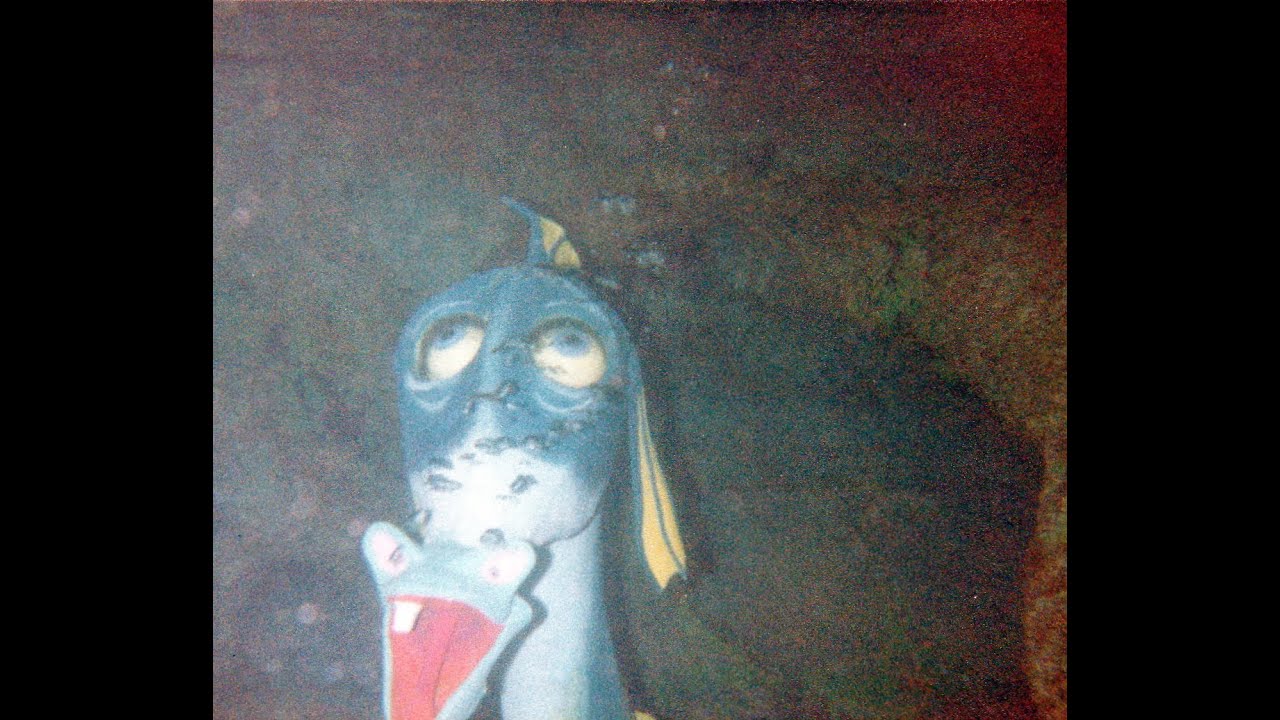 Yes, that is the famous serpent from the Submarine Voyage. It looks a bit goofy, but its silliness is just so charming that it’s simply amazing. The best part is that guests saw that face after staring at the serpent’s body for twenty long, frightening seconds.

Now that I’ve given you a taste of the attraction, click below to check it out for yourself, reliving the magical undersea world of Disneyland.

If you thought the sights in the attraction were unbelievable, then the fact that Disneyland used to hire professional mermaids must be inconceivable. (Ok, maybe they weren’t real mermaids, but they looked pretty convincing to me.) For the summers of 1965-1967, Cast Members dressed as mermaids would swim around the lagoon and entertain guests with their playful antics. I don’t know about you, but I find it pretty amazing that they could swim all around an active attraction, pretty much having free reign of the entire lagoon. Having that type of freedom seems impossible nowadays because there would be too many risks involved with the submarines hurting the ladies somehow. Luckily, no one was ever hurt, and the mermaids’ time in the lagoon ended because someone realized sitting in over chlorinated water all day might not be the healthiest thing. 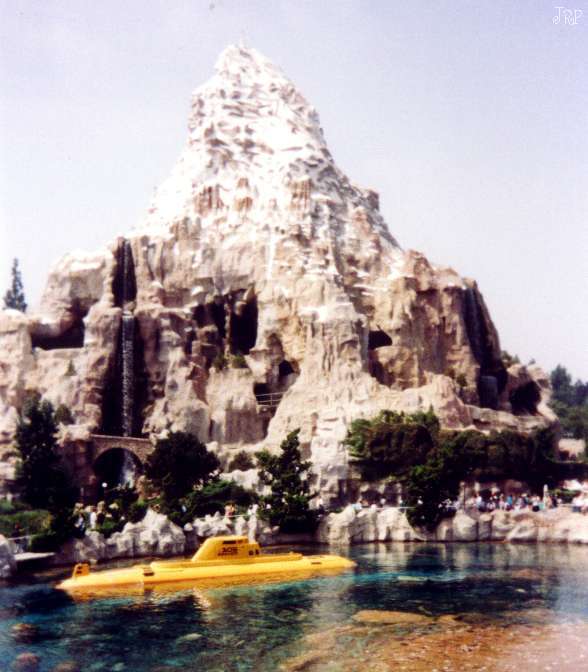 But wait! Why are the submarines in the above picture yellow when they were grey in the other pictures? Well, in 1986, the attraction decided to recolor and rename its boats as part of a refurbishment to the attraction. Not much else changed in terms of the story or sights seen during guests’ journey through liquid space, but it did help “one of the world’s largest submarine fleets” feel fresh.

Walt Disney used to say that when the attraction was created, Disneyland held the eighth largest submarine fleet in the world. While the subs are not fully functioning submarines, it was always a fun little tidbit of the attraction that stuck in my head.

Unfortunately, this refurbishment was not enough to save the original Submarine Voyage. The ride was notoriously difficult to maintain, so the attraction closed on September 7th, 1998, with the promise that it would open again in 2003 with an entirely new theme. At first, the scuttlebutt was that the attraction would be rethemed after the film Atlantis: The Last Empire. However, the film did not do as well as Disney was hoping, so those plans were scrapped, and the lagoon continued to lie dormant. 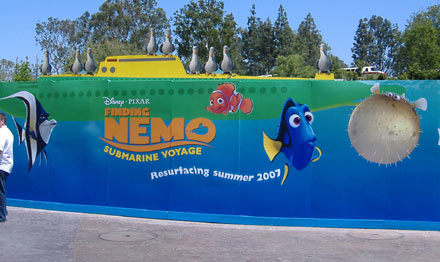 And with that, we have reached the dock and I’m going to have to ask you to please disembark on the port side for the rest of your journey through the day. (You may be wondering why I didn’t mention the attraction’s counterpart in Walt Disney World, but don’t worry, it will get its time one day.) But be sure to come back in two weeks when I’ll talk about a new attraction that corresponds to these clues.

1. This attraction was extinct before it was ever created.

2. This attraction would have been a part of Frontierland.

3. This attraction would have utilized a ride system similar to that of an attraction we know and love today.

Thanks for reading this post, and I certainly hope that you enjoyed it! I always love hearing what you guys have to say, so be sure to reach out through any of the methods you see below! 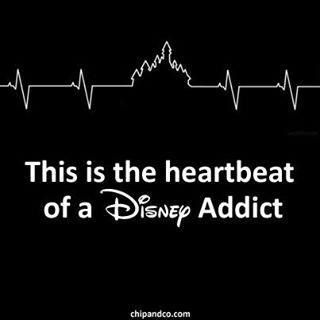