Disney Extinct Attractions: Space Station X-1, The World Beneath Us, and Wonders of China

Welcome to Disney Extinct Attractions. My name is Cole, and I’ll be your guide on today’s journey through some of the earliest days of Tomorrowland.

This past week, we got our first look at Avengers: Endgame, the highly anticipated conclusion to this phase of the Marvel Cinematic Universe. The trailer broke the record for most views in 24 hours and was especially notable for revealing the title of the film as well as a new release date. Combined with the trailer for Captain Marvel, it seems that Marvel is trying to set a lot of its next few movies primarily in outer space, which explains why there has been an increase in Marvel properties making appearances in the Disney Park lands of Tomorrowland and Future World.

Tomorrowland is no stranger to outer space with attractions like Rocket to the Moon and Space Mountain playing large roles in the land throughout the years. But if you go back to the earliest days of the park, the only space-themed attraction you would find in Disneyland was Space Station X-1. Space Station X-1 opened at Disneyland on its opening day of July 17th, 1955. When the park opened, Tomorrowland was nowhere near completed, with only a few attractions for guests to enjoy scattered throughout the land. The idea behind the attraction was that guests would be able to have the illusion of being in a space station that was orbiting around the earth.

While this seems like a pretty cool idea, it was a lot less exciting than one would think. The illusion was actually just a painting created by Claude Coats and Peter Ellenshaw because when the attraction was created, there was still no satellite image of the earth that was available for people to use. The attraction worked really well as a temporary attraction, somehow managing to stick around for nearly five years until February 17th, 1960. It’s amazing that it even stayed around for that long considering that Rocket to the Moon was already open by then, so Space Station X-1 must have seemed really underwhelming in comparison.

However, it’s not time to move out of the past quite yet as we look back at an attraction that tried to celebrate the past while in the land of tomorrow. 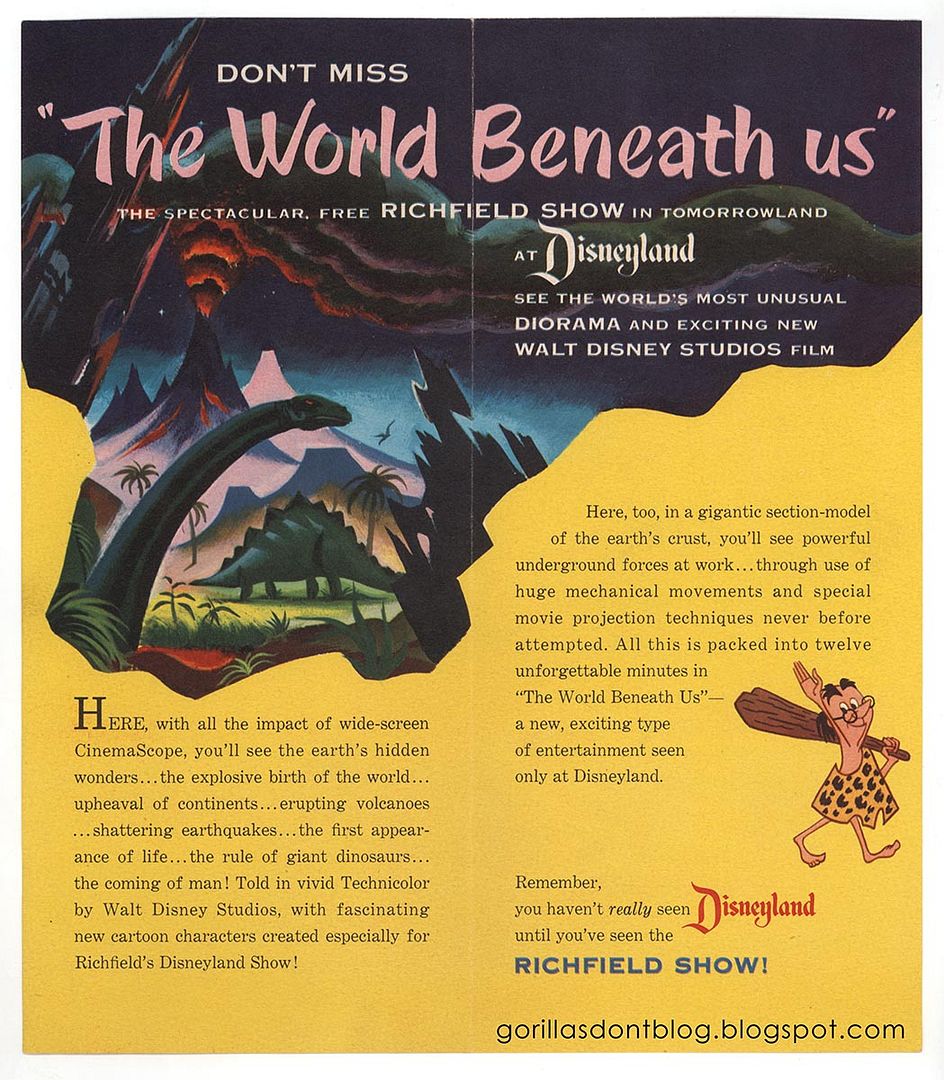 Via Board Game Geek

Also opening on Disneyland’s opening day, The World Beneath Us was another of the easy exhibits that WED Enterprises created to fill space in Tomorrowland.

You could tell that they were still trying to figure out exactly what they wanted to do with Tomorrowland because The World Beneath Us was focused on the past and sponsored by Richfield Oil. At the time, Disneyland still charged guests for each attraction, but Richfield’s sponsorship allowed this attraction to be free of charge for all guests. 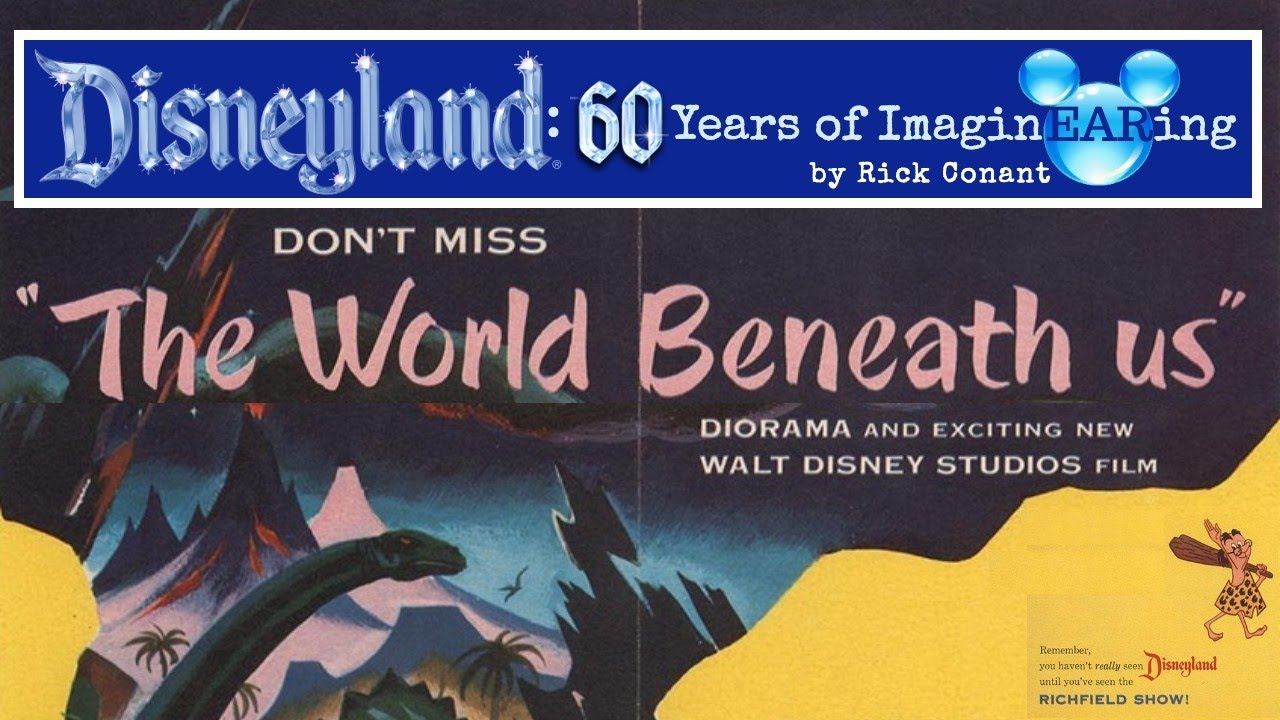 In terms of the actual content of the attraction, guest’s journeys started with dioramas of Los Angeles and the plate tectonics below it. Then, guests were able to keep moving into a theater where a 12-minute film about the beginning of the world with volcanoes, continents and even dinosaurs all involved. Unfortunately, there aren’t any videos of the attraction because of its age, but I really wish I could’ve seen it. Sure, it sounds like something you could find at most museums, but I’m sure there would have been a pretty cool Disney slant to it as well.

It was difficult to find the exact location of the attraction, but I did hear that it took up a lot of real estate, so as Tomorrowland was fleshed out, it was time for the World Beneath Us to become a thing of the past In January 1960. It was just time to move on to bigger and better things like Adventure Thru Inner Space and the PeopleMover. 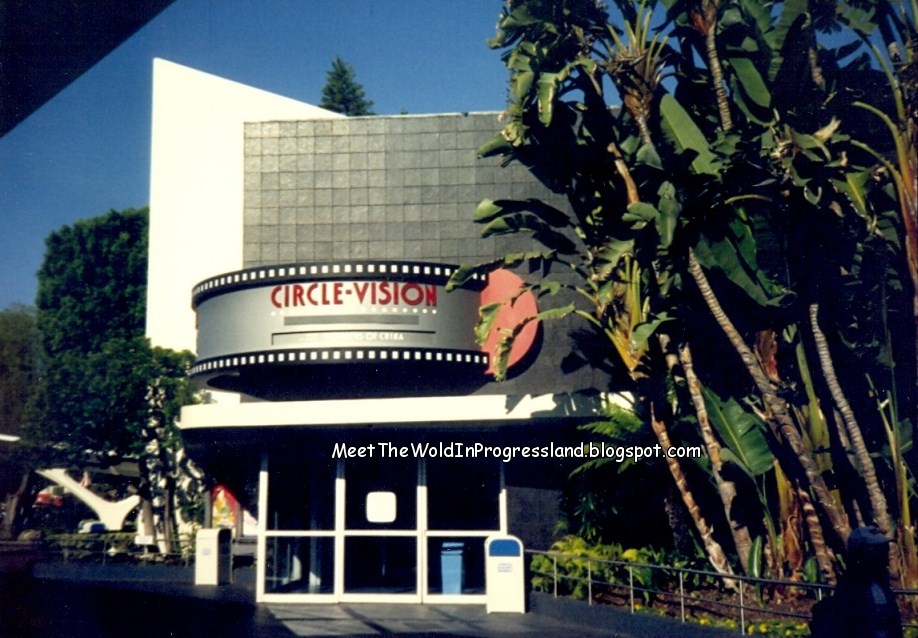 Via Meet the World 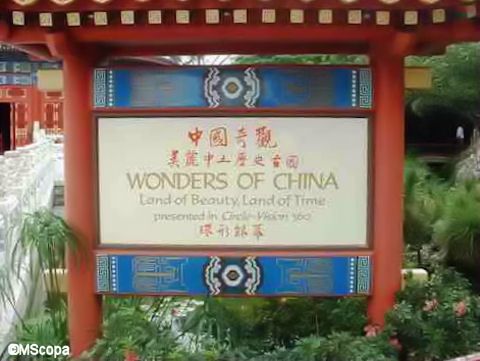 However, Wonders of China actually originated in Epcot where it was an opening day attraction, debuting on October 1st, 1982. In Epcot, it was in the China Pavilion of World Showcase, so it made a lot more sense there for obvious reasons.

Looking at the film itself, it is a little difficult to get the exact feel for the attraction given that a normal video camera can generally only film in one direction. With the beauty of CircleVision, it is a little disappointing to not be able to see everything, but regardless, the film still is exquisitely crafted. Every CircleVision film that I’ve ever seen has a certain awe-inspiring quality about it. Just being able to spin around in a circle and see different screens really makes for such a special and unique experience.

What was interesting about Wonders of China was how much it felt like its successor, Reflections of China. Both were narrated by Li Bai, an ancient Chinese poet, who helps guests see the beauty of China. Guests got a chance to see the Forbidden City and other cool places around China, making it ideal edutainment. 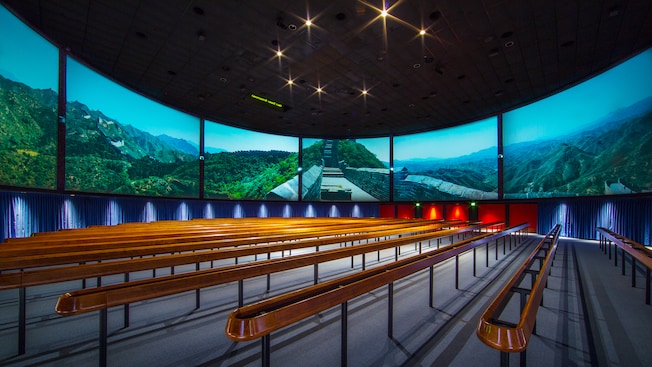 As happens with all Disney films, eventually it was time to upgrade it, with a CircleVision film replacing it in both cases. In Epcot, Wonders of China closed on March 25th, 2003 to be replaced by Reflections of China, which is still there to this day. Over in Disneyland, America the Beautiful returned in 1996, with Buzz Lightyear Astro Blasters filling the space today.

To me, it’s not the end of the world that it is gone because Reflections of China is so similar to Wonders of China that it feels like we still have it in the parks today. So now, let’s take a look at what we’ll be talking about next week. 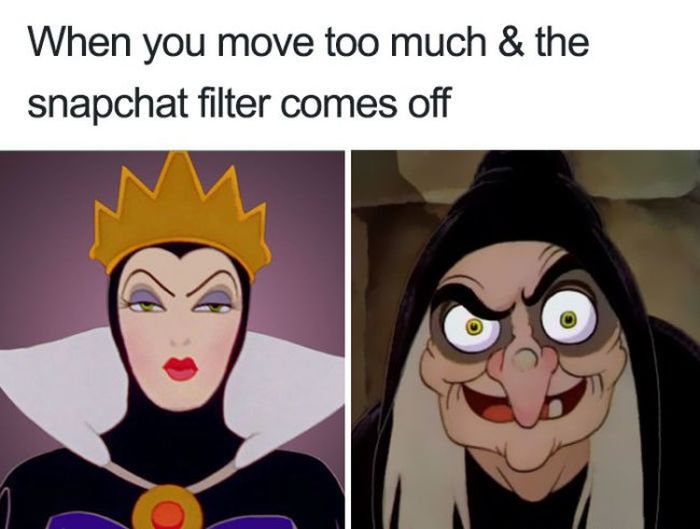