Welcome to Extinct Attractions. This week, there’s something strange … in my neighborhood. But I know just who to call.

Ghostbusters! Hitting theaters on June 8, 1984, Ghostbusters was an instant hit with critics and moviegoers alike, with the film holding a 97% on Rotten Tomatoes and finishing the year at number 2 at the domestic box office. During the late 1980s, the Ghostbusters franchise had truly hit its peak with a sequel released in 1989 as well as a cartoon television show.

With that in mind, Universal snagged the theme park rights to the franchise after Six Flags, who had originally gotten them from Columbia, was purchased and gave up the rights. Universal decided that the Ghostbusters would be a perfect addition to their new park coming to Florida, so with the rights in hand, they set about creating a special effects show that would prove to be as sophisticated as the film. 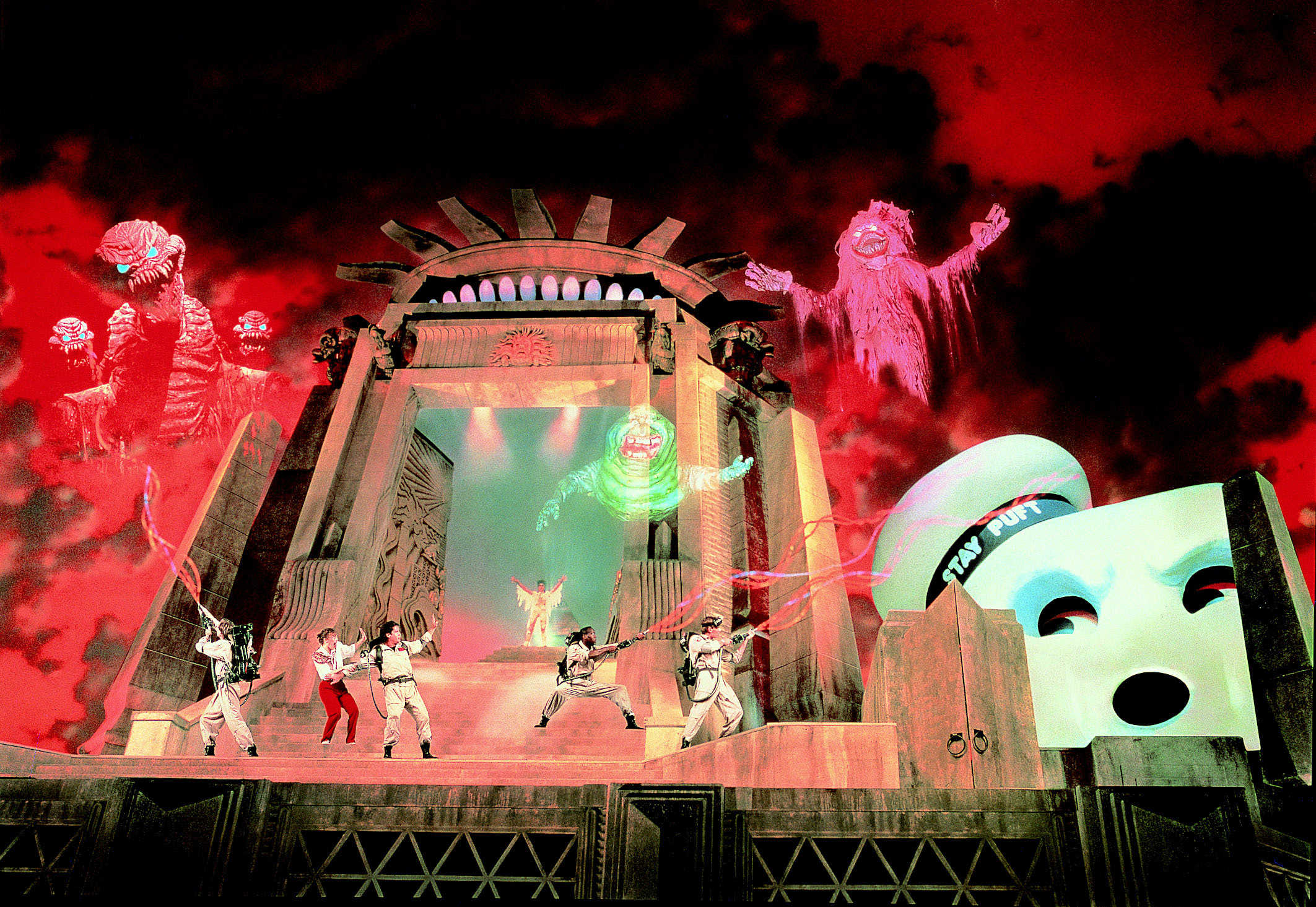 Opening with Universal Studios Florida on June 7, 1990, Ghostbusters Spooktacular brought the ghouls and ghostbusters of the movie to life. As you can see from the picture, there was a LOT going on in this show (even though each of these things did not all appear at once), with plenty of ghosts to keep fans entertained throughout the whole time.

Just to start out, the story line of this show really did not make any sense at all. The show begins with a New York City tour guide showing guests around this recreation of the set from the climax of the movie Ghostbusters. What made it weird was that they acknowledged Ghostbusters was a movie, but then ghosts from the movie started appearing on stage. So I guess the movie was a documentary?

Things got more confusing as Gozer showed up (even though she had been defeated in the film?) but luckily the Ghostbusters came to the rescue, taking care of the myriad of ghosts that were appearing on stage. From this point on, the show played out almost identically to the climax of the film … that the tour guide had literally mentioned as having happened earlier in the show. Surprisingly, none of the Ghostbusters realized they were in a Groundhog Day scenario, even Peter Venkman (pretty shocking considering his history). Luckily, they showed off the same skills that they had in the film and managed to defeat Gozer and the Stay Puft Marshmallow Man.

Now the only scenario that I can think of is that somehow, we were in the tour guide’s dream where she dreamt herself into the conclusion of Ghostbusters, and we came along for the good time (but I’m pretty sure I’m just overthinking things).

Poor writing aside, I actually really enjoyed watching the show because the special effects were a spectacle to behold. For the show, the designers extensively used Pepper’s Ghost Effect, fittingly best known amongst theme park fans for its extensive use in another spooky attraction, the Haunted Mansion. How this effect works is through the use of mirrors and reflections. As you can see in the photo above, a room is set up off to the side or below. Then, a light is shown in this room, making the reflection of the room, highlighted above in green appear to the audience which can only see what is in the red square. This effect is particularly useful for ghosts because it helps the animatronics appear like they are in front of you, but they can still flow through physical things on stage or even actors themselves because of their merely being projections.

In the case of Ghostbusters Spooktacular, I was so impressed with how they utilized Pepper’s Ghost because of how of the size the animatronics involved. Most of them ranged between five and fifteen feet tall with a bunch of moving parts and detail to them. Slimer, in particular, looked just like he did in the movie and must have been so impressive to see in person. All of these special effects were so cool just in a YouTube video, so I can only imagine their effectiveness in person.

What’s impressive about the show is that these Pepper’s Ghost effects weren’t even the most exciting effect. Instead, the appearance of the Stay-Puft Marshmallow Man was the star of the Spooktacular. Coming on stage in full 22 foot glory, the Marshmallow Man was one of the most largest animatronics ever created up at that point, along with his buddy King Kong (but with much more consistent results). Of course, our heroic Ghostbusters then had no choice but to cross the streams to take out this mallow man.

After a few years, the powers that be at Universal decided to give the show a facelift and fix the storyline, so they added in a preshow hosted by Louis Tully, who was trying to sell the audience their very own ghost busting equipment. Eventually, the story took you along to the same stage and an abbreviated version of the original show occurred with Louis taking the spot of the tour guide. It definitely wasn’t as much fun as the previous version because the Ghostbusters were only on stage for a third of the time as before, but our buddy Mr. Stay Puft did get to stick around. 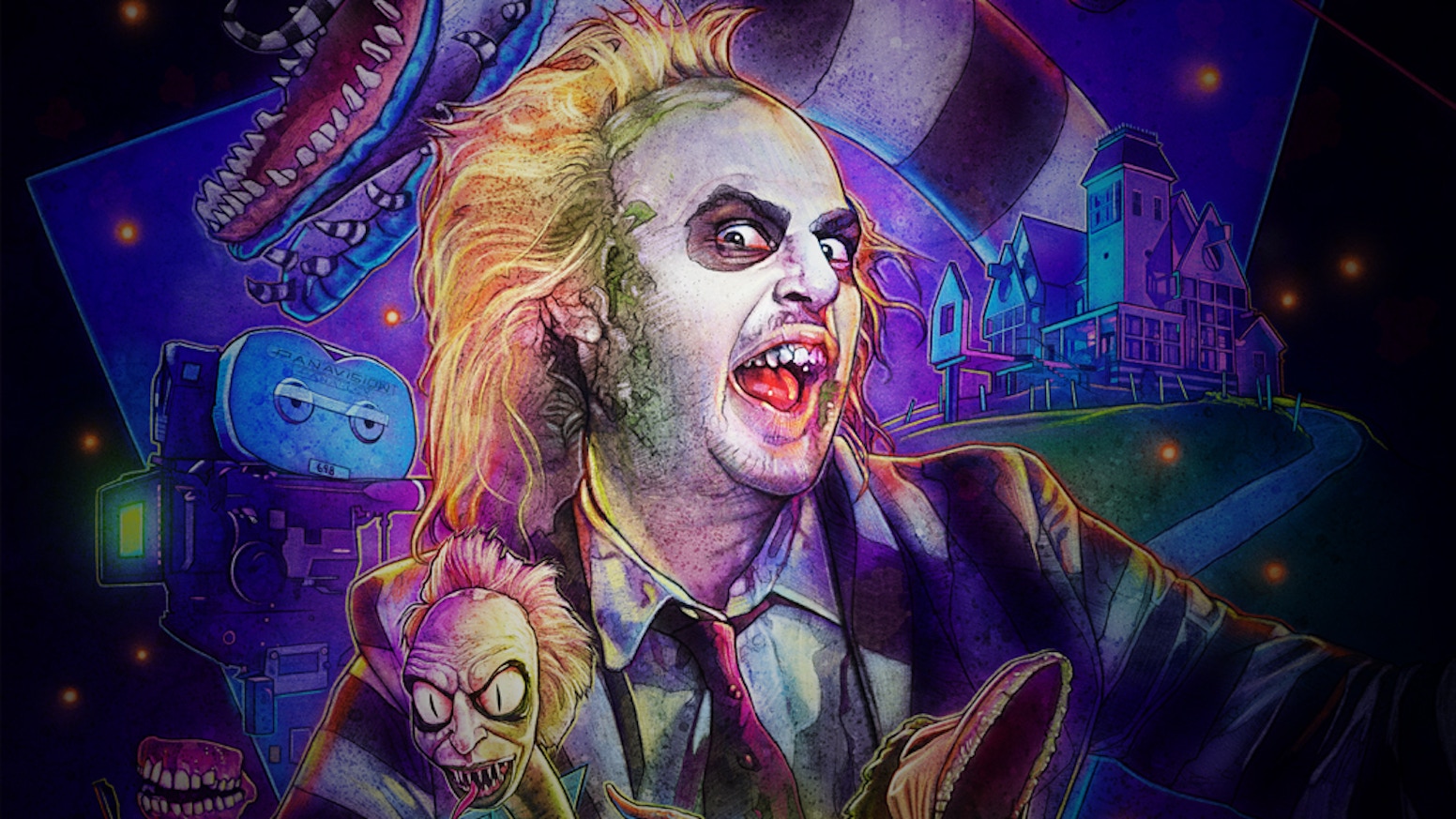 While Ghostbusters was killing it with the Spooktacular, Beetlejuice was also taking audiences by storm over across the park. But Universal decided that a show for each of them wasn’t enough and brought them together for the Extreme Fright Street Show. Taking place outside of the Ghostbusters theater, the show took its name seriously and saw the Ghostbusters running around the streets of New York trying to catch Bettlejuice, who was causing havoc as usual.

What I find so interesting about the show is that it brought two non-Universal characters (owned by completely different studios) together in one Universal attraction. Now I could be wrong, but I don’t think that I have ever seen that happen anywhere else in the theme park world, especially with licenses becoming less popular as theme parks tend to stick with their own IP for attractions these days.

Unfortunately, the street show only lasted a couple of years from 1991 until 1993, and the Ghostbusters Spooktacular lasted a bit longer until November 8, 1996, when it was replaced by Twister … Ride It Out. For a while, it seemed like the Ghostbusters were through at the park, but then out of the blue, a miracle occurred.

Via Den of Geek

In the street show, The Great Fright Way truly followed its predecessor in that the Extreme Ghostbusters showed up to put a stop to Beetlejuice, who was causing havoc all around the streets of New York. I’m not sure how these Ghostbusters were on the television show, but I gotta say that based on this show, they were not good at their job. BJ is almost immediately able to take control of them and apparently he didn’t have enough music in his own show because he thought what better way to bewitch these guys than a dance party? 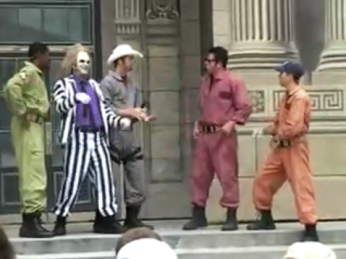 I’m going to be honest, I loved this show way more than I should have. It really wasn’t anything more than a dance show with pop music, but having Beetlejuice basically host it made it so funny. He was cracking great jokes the whole time, and a lot of the dancing was actually really humorous. These ghostbusters couldn’t catch a ghost, but they certainly made me bust a gut as I watched their silly dances and poses. I really don’t know what it is was, but this show had me laughing out loud almost the whole time just because of how ridiculous everything was. It was one of a kind, that’s for sure.

Well, that brings our story to a close today, but here’s your clues for what’s coming next week. 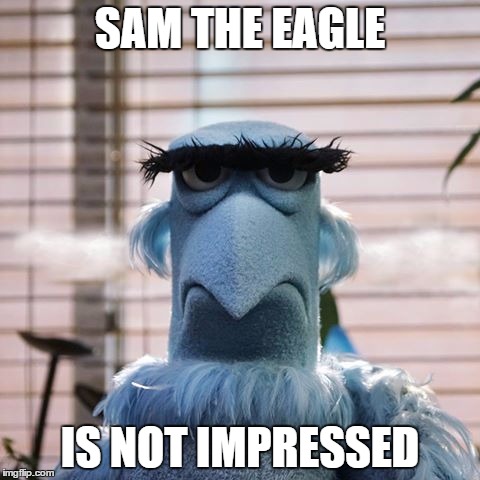