Extinct Attractions: Creature from the Black Lagoon The Musical

Welcome to Extinct Attractions. My name is Cole, and today I’ll be your lead singer as we embark on a musical trek to the Black Lagoon. Yes, Halloween is over, but that doesn’t mean that everything monster-related has to disappear completely. At Universal Studios, the monsters live year-round, a fact that will become especially apparent when Epic Universe opens in Florida with an entire land dedicated to the Universal Monsters.

Everyone loves to talk about Wolf-Man, Frankenstein and Dracula, but I think that the Creature from Black Lagoon deserves some more credit because the movie is really well-made and the creature itself has one of the coolest looks of any of the monsters. The 1954 movie went on to spawn two sequels over the next couple of years, further cementing Gill-Man’s legacy as one of the “Classic Monsters.” 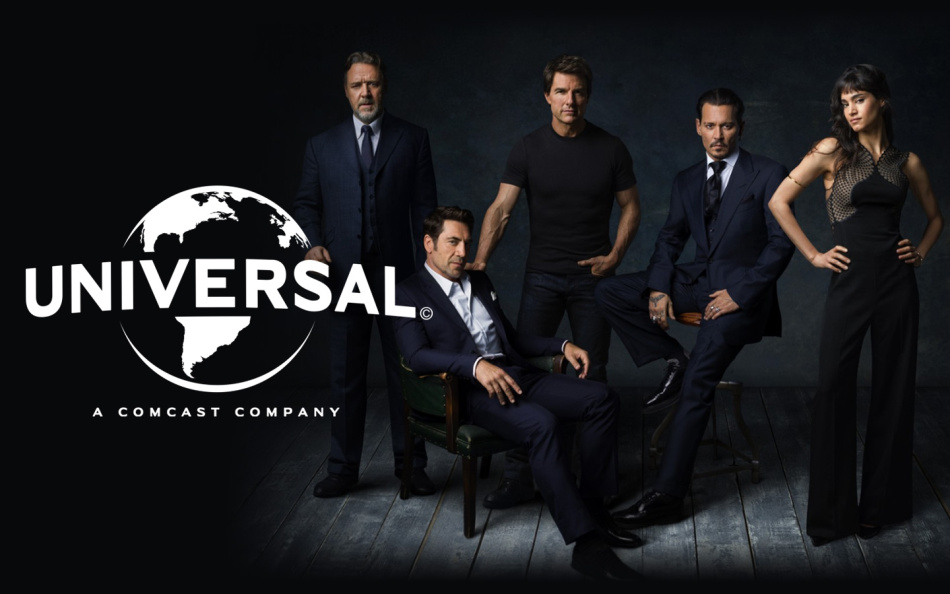 Via Geeks of Color

Over the years, there have been a lot of directors and writers attached to remaking Creature from the Black Lagoon, ranging from John Carpenter to Guillermo Del Toro (though The Shape of Water has to be what Del Toro’s script morphed into). None of these remakes ever managed to even start filming and with the failure of Universal’s Dark Universe, a cinematic universe of their classic monsters, it does not seem like we’ll be getting a new version of the show anytime soon. However, in 2009, another potential remake appeared on the horizon, directed by Carl Erik Rinsch (47 Ronin), spurring Universal Studios Hollywood to replace with Fear Factor Live with a brand-new show based on the famed creature of old. Creature from the Black Lagoon The Musical opened at Universal Studios Hollywood on July 1, 2009 in the Castle Theater. Now making a show based on the film seemed like a pretty wild idea considering that the film was 55 years old and a remake wasn’t even officially confirmed yet, and yeah, well it was nuts. But even more crazily, the decision was to make this decidedly non-musical film a musical told in approximately 25 minutes.

I never got the chance to see the show at Universal Studios, so I was pretty excited to watch the show for this article because this was one of the most bizarre attractions I have ever seen. To start out, the show was actually set in 2009, with the show starting with a clip of the hosts of the Today Show talking about how researchers were going to the tropics to try and discover if the monster from the 1954 movie The Creature from the Black Lagoon was actually real. It takes a little bit to wrap your head around, especially because as soon as the introduction is over, suddenly we are in the jungle and the events of the movie basically repeat themselves. 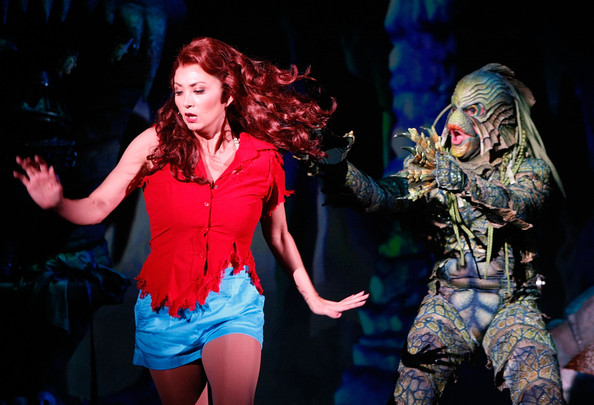 Well, the same events as the movie, but with the added bonus of a lot of original songs. Ok, that sounded snarky, but I actually thought the songs and musical portions of the show were the most entertaining. The songs felt pretty at home in the show and followed a rock opera format. It was pretty funny watching Gill sing about his love for Kay, but in a way that somehow felt pretty natural. Well, naturally bizarre.

The show also had quite a few PG-13 jokes in it that had me laughing but also wondering how Universal got away with including them in a show for all audiences. Kay’s character was pretty much centered around finding someone to love her, but all kinds of love. 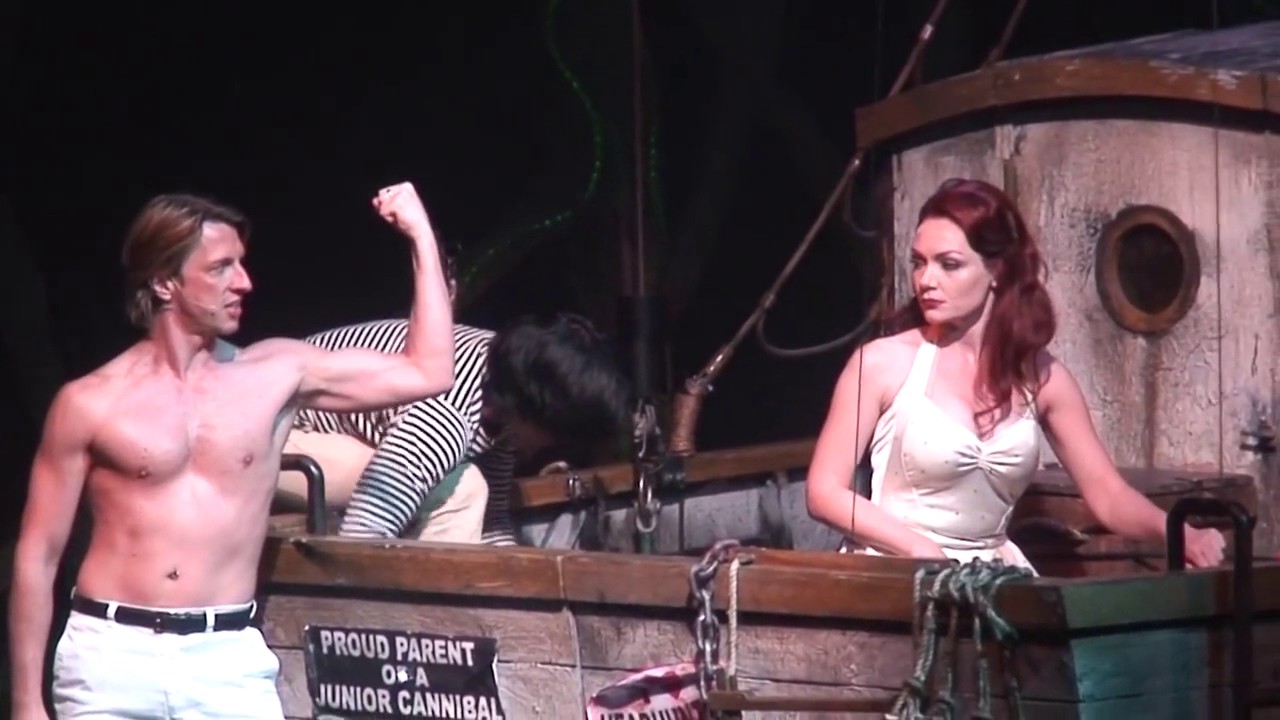 While I did enjoy the songs, it was equally balanced with some really awful dialogue. The entire show was too self-aware for its own good and did not realize where its strength lay. Throughout the show, I found myself groaning out loud at some of the jokes, and I love bad jokes. I found myself actually getting excited for them to sing again because the dialogue was that bad.

All that being said, I didn’t think the show was that bad, it was just really weird. It almost felt like a show that some friends made because they loved the movie and thought it would be funny to make a musical out of it. Honestly, I don’t know if that is necessarily a bad thing, at least in terms of my enjoyment, because I definitely would watch this every time I went to Universal if it was still around today. However, it was a terrible idea for the general audiences trying to understand why the show existed. 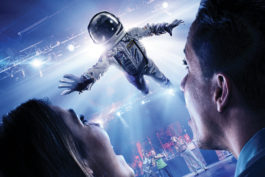 Audiences really did not understand the show, with the musical temporarily closing in September before reopening for a few months and unofficially closing in January of 2010. After that, the show stayed closed until March 9, 2010 when they officially closed the show for good, which made a lot of sense considering the remake was cancelled by then. Overall though, the show barely even lasted for six months, one of the shortest runs of a show that I’ve ever seen for an attraction that was intended to be there for a few years. In its place, we got the Special Effects Show, which is still there to this day (though it could definitely use a facelift or replacement).

Well, that brings today’s journey to a close, but here’s a peek at while I’ll be talking about next week. 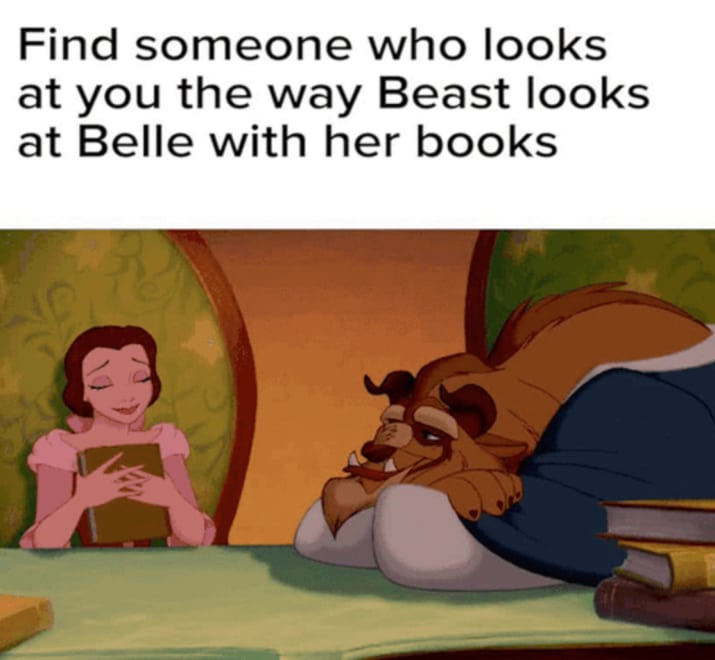