I have often have wondered what has made Disney so special. How has it survived and thrived while other company’s led by iconic leaders have come and gone? The mighty MGM is just a husk of its past glory. Remember when Turner was a media giant? Now his empire is a small part of Warner Bros. with many parts having been divested. Even Apple struggles to cling on to the legacy of Steve Jobs while trying to not lose footing in the fast-moving world of technology. Disney has continued to grow and is now the world’s largest entertainment company (do you think Walt could have foreseen that?). But why has it thrived long after the man whose name is on the door had passed?

Of course, there are many answers, but my belief is that Disney’s inherent blend of the old and the new is the secret sauce to its success. This, of course, started with Walt himself. While always harkening back to his old-fashioned Midwestern sensibilities, he was fascinated with technology. When he started making cartoons, he combined his classic sense of humor with the new technology of animation. Synchronized sound, color, the multi-plane camera were all technological innovations that helped him tell stories with themes that are so old they are engrained in the human psyche.

Moving ahead, he built a theme park where he wanted his guests to “relive fond memories of the past and savor the challenge and promise of the future.” He used cutting-edge technology not just in Tomorrowland but to service the stories of the past as well. Of example, the first human audio-animatronic was Abraham Lincoln whose message of unity and perseverance has been echoed across history. 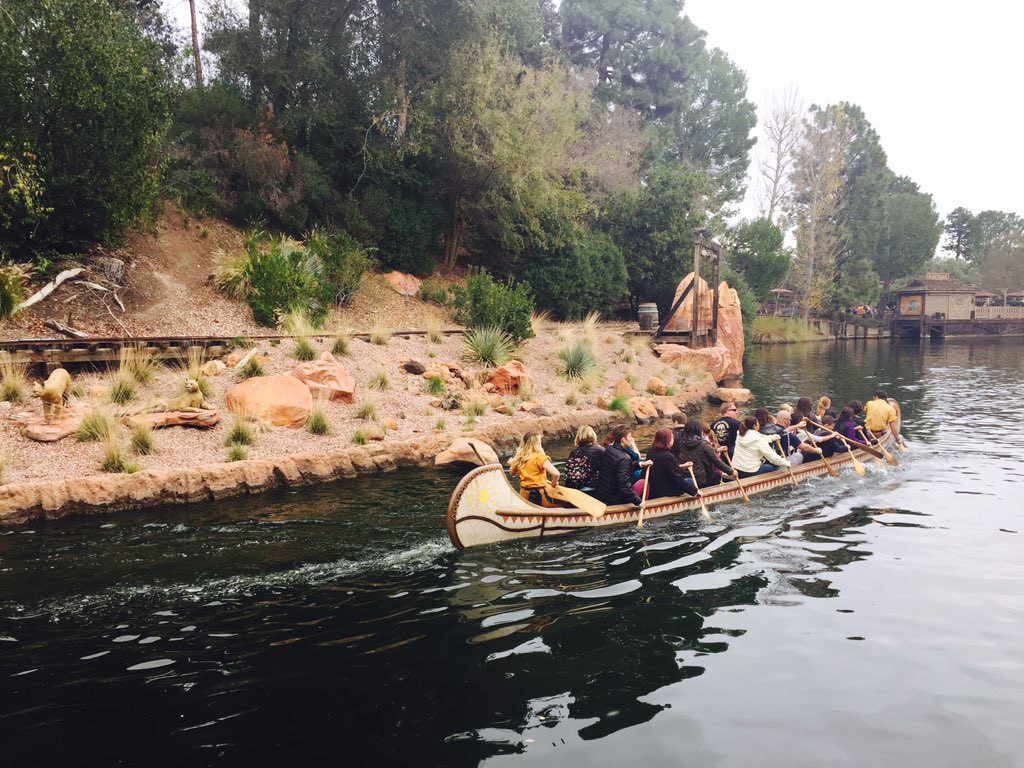 After Walt’s passing, the company has had to balance its history and heritage with pushing ahead in new directions. Sometimes that balance has been off which has caused the company challenges. By not wanting to push ahead the art of animation in the 70’s, the division stagnated causing a creative void. By not valuing some of the assets that have played a significant role in the company’s past, some have been lost for the sake of a quick buck. But all in all, Disney has balanced these two seemingly competing forces (looking back and looking forward) fairly well.

Now we are facing the most monumental change to Disneyland Park in quite some time. Star Wars Land is without question the biggest addition to the park since 1995, but I would make the case it is the most significant change to the park since 1966. In order to accommodate this new 14-acre expansion in a space as small as Disneyland, obviously something must go. But what’s on the chopping block — mostly attractions on the Rivers of America and parts of Frontierland — are causing some controversy and we have to ask ourselves if this new experience is worth changing the old. 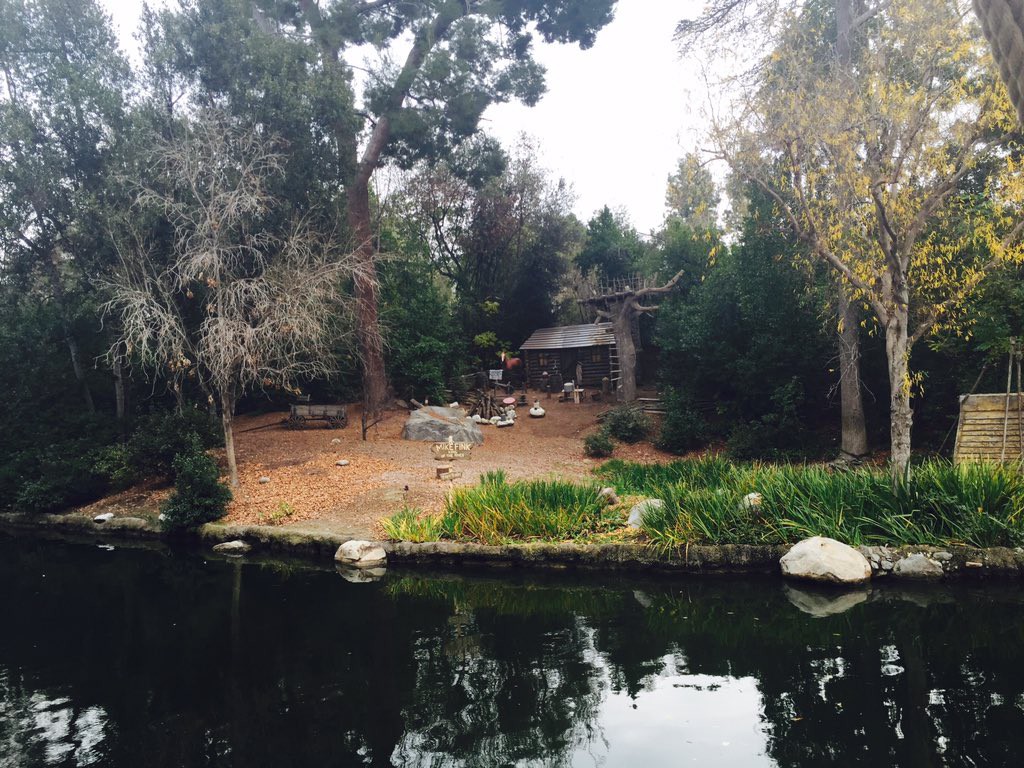 I’ll admit that I love the Rivers of America. I enjoy feeling as if I am transported to somewhere completely out of the hustle and bustle of Disneyland and greater Orange County and I realize that the experience on the Mark Twain and Columbia will never be the same after January 10th. I will miss it. But that is ok. No matter how many changes, I will always have fond memories of my time on the River. I also understand that if I want to create new memories, one of the sacrifices I need to make is not being able to relive old ones forever. I will also miss the petting zoo, but I have to acknowledge that this is an experience duplicated elsewhere and not a good use of Disneyland real estate.

I have heard concerns like this outcry before. I remember people saying how Fantasmic! was going to ruin New Orleans Square by killing the chance to have a peaceful stroll through the area at night. I remember people up in arms over Star Tours because it brought a film franchise into the park outside of Fantasyland for the first time (I am not sure what they considered Davy Crockett, but I guess that’s not the point). Both Fantasmic! and Star Tours caused us to lose things, whether it was nighttime tranquility or the classic Adventures Thru Inner Space (and two geese from America Sings). But looking back, I would make that same trade-off in a heartbeat. Fantasmic! is the best theme park show I have ever seen and Star Tours launched an unprecedented period of growth for Disneyland.

I concur that Star Wars Land will be different. It is the first “land” that is themed to a singular franchise. But we had to know this was coming, right? In my opinion, Toontown started this trend of immersive themed environments. Islands of Adventure inched us forward with lands based on franchises ranging from Marvel to Dr. Seuess. The industry was forever changed with the Wizarding World of Harry Potter and Disney saw success with the concept with Cars Land. The public has spoken and they have told theme park operators that they want to enter the worlds of the franchises they love. This has not been a revolution but an evolution that has been in the works for decades. I understand that just because we have been headed in this direction and that the public loves it doesn’t mean it is the right thing to do from a storytelling perspective. But, unlike previous rumors that Star Wars would invade Tomorrowland on a permanent basis, the approach they are taking carves out new real estate for this experiment while not infringing on the storytelling of the existing lands. I truly believe that this compromise was a better solution than just overlaying an existing land with Star Wars theming. It lets the Imagineers start from scratch without having to wedge themselves into existing architecture. It also keeps Tomorrowland from becoming focused on events of a long time ago.

Would I prefer a third gate with Star Wars Land as either the entire theme or a component? Of course! I want as many Disney theme parks as I can get. But, as the name would imply, there is a business side of the theme park business. This is going to be an expensive project that probably would not have been approved if additional infrastructure and development costs had to be incurred. Not to mention the delays that having to work with the City of Anaheim and its stakeholders would have caused. Much like going to Costco, Disney is making this affordable by building two at once — Disney’s Hollywood Studios couldn’t wait. Let’s also not forget that Disney is currently investing billions in building Shanghai Disneyland. I do hope a third gate with comes to Anaheim, but the timing is not right. Perhaps Star Wars Land is our ticket to getting that third gate. One criticism I keep hearing is that Star Wars Land will cause Disneyland to be overcrowded. Overcrowding is a good thing. Overcrowding is what got us a second gate and the recent Magic Kingdom expansion. When the park is being hammered with more guests than they can handle, one of three things will need to happen: they will either need to expand Disneyland even more, build a major new addition to California Adventure to draw crowds there, or build a third park. We want Disney to be popular — it means we get new toys. When Disneyland is slow we get attraction closures, reduced entertainment, and offerings being reduced to seasonal status.

One thing I would caution Disney fans about is overusing the word “historic.” Once something becomes a part of Disneyland, it is a part of Disney history. Someone will have a special moment connected to an attraction, store, restaurant, pay phone, or horseshoe pile. Whenever that location is no longer a part of Disneyland, those with a connection to it will feel a sense of loss. However, that does not make it historic.

Everything has a history, but not everything has played a significant role in the course of human events. Disneyland is historic as a first of its kind theme park, but the vast majority of what makes up Disneyland is not. The park is not a Smithsonian Museum. Imagineering has always tried to preserve the park’s past and the Walt Disney Archives keeps expanding to hold the organization’s past treasures, but we must not consider the park untouchable.

Consider this, what part of Disneyland would not be considered historic by Disney fan’s standards? When has anything ever left the park that didn’t have a “Save (Blank)” campaign? Where can Disney build and grow the park?

If you try to preserve the park in amber, it will die. While some fans would love for Disneyland to stay as-is. It would not draw the general population and would not be able to cover its operating costs.

I also reject the argument that Disney does not care about its history. In recent memory, the company that restored Walt’s office despite it being prime real estate on the lot, has opened a new film restoration center, returned the Hatbox Ghost to the Haunted Mansion, and even surprised fans by adding old Audio-Animatronics to Gran Fiesta Tour. While I know not everyone is, most folks that work for Disney are Disney fans. They have a connection to the stories, legacy, and traditions of the company just like you and me. Just because they are trying to keep moving the company forward, doesn’t mean they don’t care about the organization’s past.

Like most Disney fans, I often wonder what Walt would have done to Disneyland if he was still around. I keep thinking that one of his last actions at Disneyland was a complete destruction and rebuilding of the park’s original Tomorrowland. He also championed the construction of New Orleans Square, which was the first land to not fit into the park’s hub and spoke plan. Of course, his last great dream was for a city. The result of my thinking is that I have no idea what Walt would have done. That is because he would have kept pushing new ideas and concepts that to us would have come out of left-field. He would have gone in directions we couldn’t even dream of. No one thought that the person behind Steamboat Willie would create a theme park while watching the short in 1928. But, I can tell you, he wouldn’t have been held back by feeling the need to preserve a part of “Disney History.” Keep a memento? Sure. But stop him from his next great idea? Absolutely not. 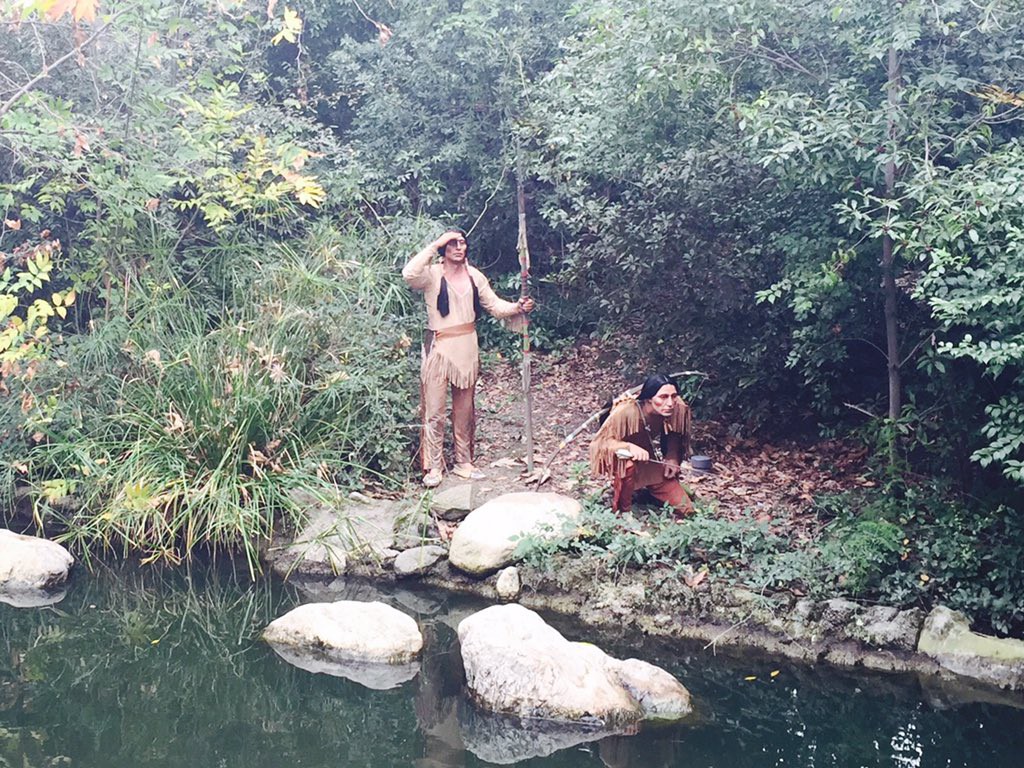 Do I have concerns regarding the construction of Star Wars Land? Of course I do. How will Disneyland’s infrastructure handle the increased demand? Will Fantasmic! return in its full glory or will changes make it lose part of its luster? Will Star Wars Land feature the correct pacing or will it be a constant barrage of in-your-face action in the style of Universal? But none of these concerns or questions would ever stop me from wanting the park to continue to grow and evolve.

Sunday will be bittersweet. I will know that the Rivers of America that I grew up with will be gone forever. I will never forget it. But come Monday, the excitement for Star Wars Land begins and I can’t wait for it to open. Disneyland is great because I can relive so many classic memories from my childhood such as “it’s a small world” and Pirates of the Caribbean. But it is even better, because there is always something new being developed that I can look forward to.

For more on this story, be sure to check out Ken’s take on what he calls misplaced Star Wars construction and see the just-released concept art of what the Rivers will look like after refurbishment.