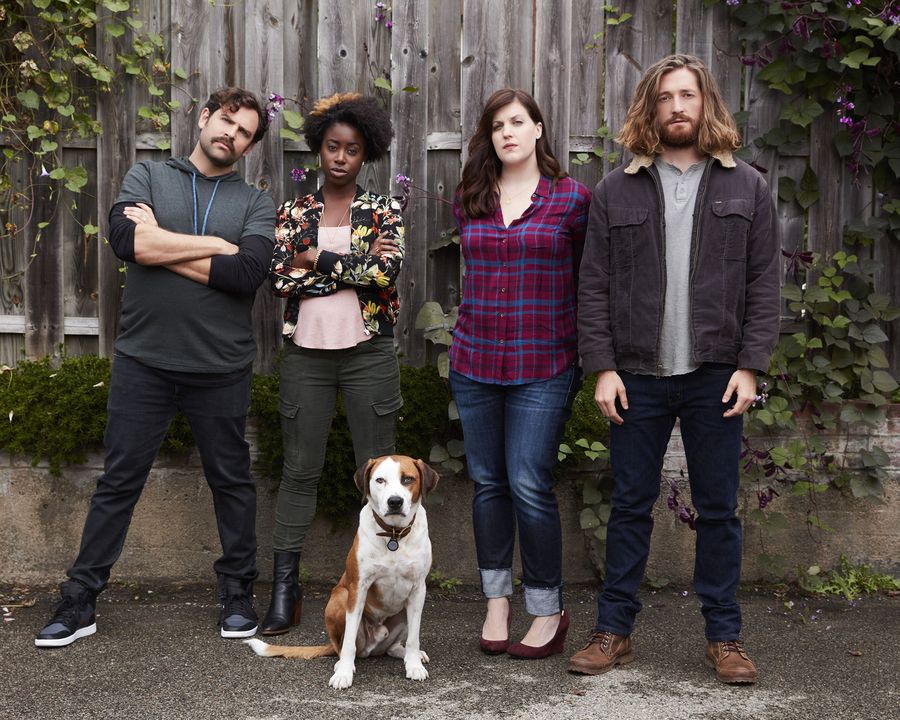 Woof. I mean that in the worst possible connotation. Y’all, this show is pretty bad. It was painful to sit through.

Okay, let’s move backwards from my insult festival. Downward Dog is a comedy coming to ABC about an owner and her dog. Allison Tolman (the one bright spot in this) stars as a dog owner who works for a company dealing with advertising and branding. She deals with a boss who is so oblivious to himself that he doesn’t realize that he’s racist and misogynistic. Oh, and an idiot running a company. Don’t forget idiot. Allison is also dealing with a failed relationship that just won’t really go away, which is sometimes her own fault.

Does any of this sound exciting? Absolutely not, it sounds so formulaic it hurts. However, the big concept (?) is that the show is told through the perspective of her dog, Martin (voiced by Samm Hodges). He talks to the camera (??) and provides voice-over. I’ve never hated a dog more in my entire life. He has the voice of a 40 year old doing an impression of a millennial who talks like their favorite movie is Valley Girl. I don’t think their goal was for the viewer to hate the character with the most dialogue, but you do.

Martin is angry that his owner seemingly doesn’t want him anymore, while she is angry that she can’t catch a break at her job, while you are angry that you’re spending your time watching this and not, I don’t know, folding laundry.

I really can’t tell you any more of the plot, because that’s it. It has this sense that it’s trying to be a gritty anti-comedy on HBO with the weird concept and the gingham Instagram filter slapped on the entire thing, but it fails. It also recently premiered at Sundance for some reason, further proving my theory that it’s trying to make you think it is deeper than it actually is.

High Maintenance, a phenomenal show on HBO that you should check out, recently did an entire episode from the point-of-view of a dog. He didn’t talk, but you clearly understood what the dog was thinking and it was actually beautiful. Watch that. Not this. That was art. This is garbage.

I sound angry, and it is because I am. I hate watching shows on ABC that are so abhorrent when I know they’ve cancelled much better stuff. I feel bad for Allison Tolman, as she deserves a better vehicle, as she’s delightful. This doesn’t deserve her.

Downward Dog gets 1 pity point out of 5