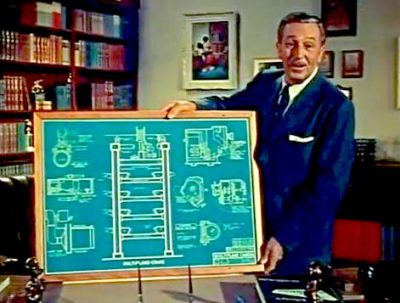 This episode of Disneyland is all about the animation process. Walt Disney is your host for this rare peek into Disney’s animation studio and features staged recreations of innovations made on films that predate this special, including Snow White and the Seven Dwarfs, Fantasia, and Bambi. There’s even a bit of original Mickey Mouse animation produced just for Tricks of our Trade.

First broadcast in black and white, Walt had the foresight to film his weekly serials in color (unlike Zorro, which was filmed in black and white). In preparation for this broadcast, Disney has released an HD restoration of the special, giving anyone whose seen it before a great reason to see it again like never before. This special features some of Disney’s top animation talent, most of which were not great on-screen actors. Be on the lookout for some unintentional humor in their forced performances. 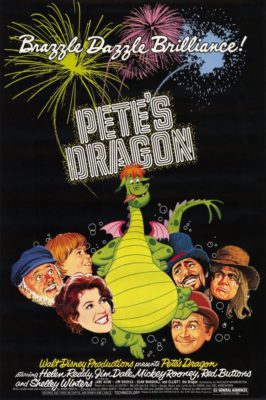 My personal favorite of Disney’s live action films that incorporate animation, Pete’s Dragon serves as a perfect companion to all of the previous offerings of the night. It highlights Disney’s masterful animation skills, previously exemplified in The Brave Little Tailor and Tricks of our Trade, and many of the live action principles the studio learned on The Story of Robin Hood and Zorro. But more than that, the town of Passamaquoddy was built on the Disney backlot, modifying most of the Western sets seen in Toby Tyler and adding a small port. In terms of themes, both Toby Tyler and Pete’s Dragon tell the story of orphans who run away in search of a better life.

Pete is a boy who has been adopted into slavery on the Gogan’s farm, but is saved by a disappearing dragon named Elliott who helps him run away and leads him to the coastal town of Passamaquoddy. There he befriends the lighthouse keeper Nora and her father Lampie and finds what could be a new forever home. But when a traveling salesman and his assistant hear about Pete’s dragon, they plot to destroy the beast and use its parts for their phony remedies. 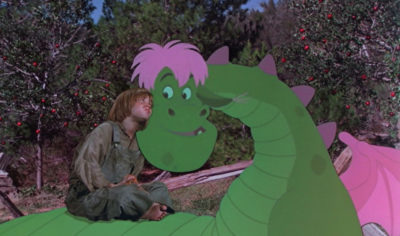 Helen Reddy, Mickey Rooney, Jim Dale, Red Buttons, and Shelly Winters headline this musical spectacular. The memorable songs include the Oscar nominated “Candle on the Water,” “Brazzle Dazzle Day,” “It’s Not Easy,” and “There’s Room for Everyone in this World,” all of which were written by Al Kasha and Joel Hirschorn. The duo also contributed a song for Epcot Center in 1982, writing the catchy “Universe of Energy” theme song.

Recommendation: This night keeps getting better and “Pete’s Dragon” is the zenith, my favorite film of the lineup. 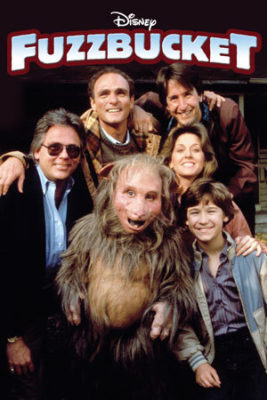 A real curiosity in the vault of Disney productions, Fuzzbucket was a pilot for an unproduced TV series which aired as a TV special in 1986. Following the theme established in Pete’s Dragon, Fuzzbucket is about a boy with an invisible friend that nobody else can see or hear. But whereas Elliott is charming, humorous, and magical, Fuzzbucket is weird, annoying, and rodent-like.

Michael Gerber is a lonely kid on his first day of middle school, his parents seemingly on the brink of divorce. His big secret is that he has an invisible friend named Fuzzbucket and he’s trying to help him become visible again. In the special, Michael makes him a glowing green smoothie that allows him to finally see Fuzzbucket, which means his secret friend will have to leave if he wants to remain a secret. 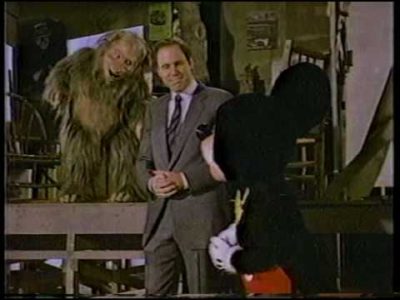 I had previously heard stories about Fuzzbucket, mostly from those old enough to remember it fondly from their childhoods. Like Child of Glass and the Mr. Boogedy films, I believe experiencing it at an impressionable age is a prerequisite to enjoying it. Sadly, the Michael Eisner/Mickey Mouse introduction is not available with the film, which could have made this a must-watch for that intro alone. It is otherwise a groan worthy piece of television that like the fuzzy creature himself, should remain hidden.

Recommendation: “Fuzzbucket” is the one dud of this evening’s lineup, get some sleep and avoid the day terrors it will induce.

Overall, this was one of the most high quality presentations of Treasures from the Disney Vault to date. With the exception of Fuzzbucket, each film is worth your time and keeps getting better as the midnight oil burns. If you can’t stay up all night, you should definitely make room on your DVR for the majority of the evening’s programming.