Crowds made their way into Disney's California Adventure a bit earlier than usual on Friday, June 10. As a light rain fell, people gathered outside the Golden Dreams Theater, where a special staging area had been created. The occasion was the official launch of the California Governor's Council on Physical Fitness and Sport.

As Mickey and the rest of the Disney cast waited just out of sight, the sun finally broke through, and "Walt weather" smiled upon the proceedings. The crowd was officially welcomed by Disneyland Ambassador Becky Phelps. Joining her was Disneyland Resort President Matt Ouimet, who applauded the energetic cast of Block Party Bash, who were on hand to demonstrate the theme of the day's event, the "Get Active California Celebration."

After some high energy performances, and a short address from a member of the Governor's Council, the celebrity council members were presented. Among them were US Open Champion Lindsay Davenport, baseball legend Reggie Jackson, World Champion and Olympic Figure Skating medalist Michelle Kwan, Julie Foudy of the US Olympic Gold Medal women's soccer team, US Olympic Gold Medal gymnast Peter Vidmar, and fitness guru Jack LaLanne. Last to enter was Tony Hawk, who showed some smooth skateboard moves to the crowd.

Also attending were representatives of sports teams from across the state of California, including the Dodgers, the Angels, the Athletics, and the Padres. In addition, there was a brief performance of another kind of fitness by actor Marques Houston and singer Omarion. But by far the biggest star of the day was California Governor Arnold Schwarzenegger. Against a background of state flags, proudly carried by Boy Scouts, the Governor said, "Nowhere on earth will you find greater opportunities to lead healthy and active lifestyles than right here in California. With the new Active California program working in partnership with the Governor's Council on Physical Fitness and Sports, we're going to do even more to improve the health and well-being of all Californians."

In his address, Schwarzenegger paid special tribute to Jack LaLanne, who for some 75 years has been demonstrating the benefits of fitness and a healthy lifestyle in southern California. At over 90, LaLanne wowed the crowd, and was clearly touched as the cast of Block Party Bash performed a number that showcased some of LaLanne's patented exercises.

At the conclusion of the event, Governor Schwarzenegger, trailed by security, worked the crowd that had gathered, shaking hands and posing for photos. Several of the celebrity athletes also gave out autographs and posed with fans.

In addition to announcing the Governor's Council on Physical Fitness and Sports, ActiveCA was also launched. ActiveCA challenges participants to be physically active at least three days a week. Members who succeed in meeting a variety of fitness challenges will be eligible to receive rewards from the Council. For further information, or to join ActiveCA, log on to www.ActiveCA.org. 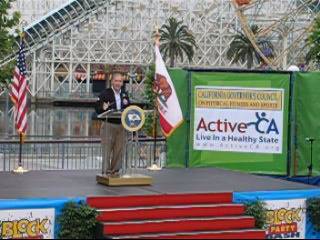 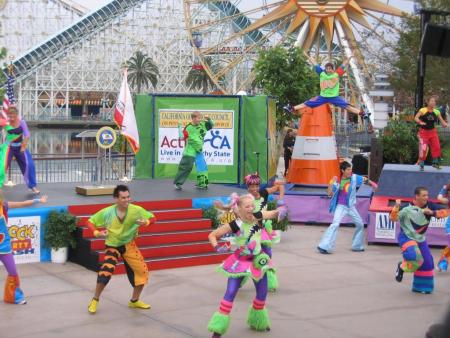 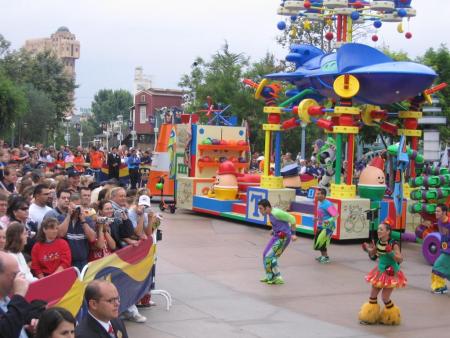