#10 - "There it is ladies and gentlemen, the backside of water!" - Skipper, Jungle Cruise

Quite possibly the most snarky or self deprecating joke in a Disney park, the "backside of water" line relies upon the fact that traveling behind a waterfall is really just not that exciting. Over the years many skipper have embellished this line, either by adding a litany of adjectives at the beginning to build up to the disappointing conclusion, or by adding a quip on the end of "not trying it at home or you'll bump your head on the faucet."

#9 - "And so the story is told to children of all ages that if you wish hard enough and believe strong enough, Tinker Bell may appear to fly high above Cinderella Castle and light the Magic Kingdom's Fantasy in the Sky!" - Narrator, Fantasy in the Sky

The beauty of this line is that it empowers the audience's ability to see the magical Tinkerbell flight. One wonders if optimistic people in lands where Tinkerbell is not visible question their belief in Disney magic. 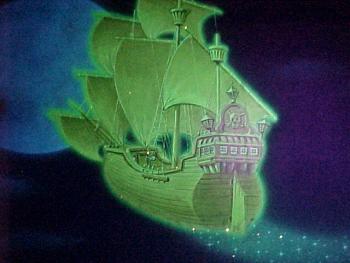 A call to adventure from Peter Pan, the last word is drawn out as if to pull the audience into the fantasy of the story.

At the Adventurer's Club the secret club salute is always punctuated with a "kungaloosh" at the end. The great thing about the word is that it's an all-purpose, meaningless exclamation that can be used in countless ways. The word has gone on to be a staple in Disney fans vocabularies, and is found in countless signatures on internet discussion forums.

#6 - "Like a grand and miraculous spaceship, our planet has sailed through the universe of time. And for a brief moment, we have been among its many passengers." - Narrator, Spaceship Earth

Another quote for Spaceship Earth, this time from the latest incarnation. Jeremy Irons' straightforward reading of the script gives this attraction weight and depth. While many attractions entertain on a basic level, Spaceship Earth gives the riders thought provoking concepts and images. With the latest refurbishment of Spaceship Earth underway, there may be more famous quotes to add onto this list.

While not unique to this attraction this quote was certainly made more famous because of it. While the line appears to be a bit of a throwaway catch-all phrase, it takes on more meaning when one considers the attraction's show scenes. By beginning the ride with skeletons, the attraction essentially reveals the outcome of the pirate's outrageous behavior in the rest of the voyage.

Where else could you ever hear the term "electrosythomagnetic musical sounds"? 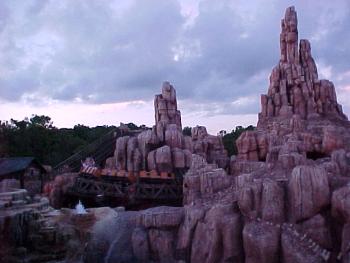 #3 - "Hang on to them hats and glasses! 'Cause this here is the wildest ride in the wilderness!" - Safety Spiel, Big Thunder Mountain Railroad

Quite possibly the most famous safety spiel in Walt Disney World history, often recited along by park guests.

#2 - "This chamber has no windows and no doors...which offers you this chilling challenge...to find a way out!" - Ghost Host, Haunted Mansion

Another popular quote to speak along with, this represents the third quote from the Haunted Mansion on this list.

While there really is nothing to this line, there is not one piece of Disney dialogue you can hear that does not transform you into the park quite like this basic sentence.

The scripts used in Disney theme parks have become ingrained in the Disney fans who enjoy them. Dialogue and narration can be as influential on the enjoyment of an attraction as the music, show effects and set design. Let's hope Disney keeps up the tradition of the high quality script work as seen in many of these classic attractions

This article was supplied by Orlando Vacation.