From the Vault: History of ‘The Jungle Book’ 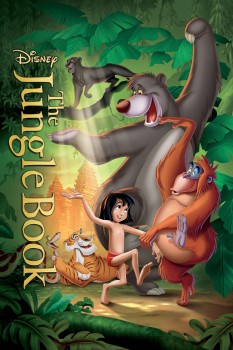 The year was 1966. Medicare was brand new. US citizens now had something called Miranda Rights. CBS debuted a new series predicted to be a flop called Star Trek. And Walt Disney was quietly suffering from lung cancer while moving full speed ahead with his Mineral King ski resort and The Florida Project, perhaps his most ambitious dream. Yet somehow, he found the time to be involved with the animation studio that started it all. Disappointed with the recent animated films his team was churning out, he devoted more time to the next project to help restore what he perceived to be a decline in quality (Walt was unimpressed by One-Hundred and One Dalmatians and The Sword in the Stone).

Legendary story man Bill Peet approached Walt with the desire to adapt Rudyard Kipling’s classic story after completing The Sword in the Stone. Peet was given free-reign over story with little supervision or interference from Walt. Peet’s version was true to the dark tone of the book and Walt hated it. Peet stood firm on his belief that this was the film they should make, and the argument resulted in Peet leaving the studio after a career that started in 1937 when production on Snow White and the Seven Dwarfs was winding down. When Larry Clemons took over as head writer, Walt’s instructions were infamous: “The first thing I want you to do is not to read it.” Based on the characters developed by Peet, Clemons created a more lighthearted tale that appealed to Walt’s tastes.

When Peet was in charge, Terry Gilkyson was assigned to write the music. He joined Disney in 1960 after having success as a singer/songwriter. When Peet left the studio, Walt also decided the entire musical score needed to be redone. This time he assigned the “boys,” Richard and Robert Sherman. Fresh off the success of Mary Poppins, the team wrote every song for the film… except for one. A song from Gilkyson’s score called “The Bare Necessities” was so memorable that the animators were able to convince Walt to keep it. That song would become the most famous song from the film, and the one that would be nominated for an Academy Award. Richard Sherman claims that he is congratulated for it often, and then has to remind people that it’s the only song in the film that he didn’t write.

To voice the film, Disney sought out major names for the first time, a tradition that has become common practice for most animated films (for proof, see how many big names are on the poster for Blue Sky’s Epic). Character traits and designs were based upon the actors and songs were written for their popular styles. Hence an orangutan in the jungles of India sings a jazz song in the 19th century. The Beetles were originally sought out to play the vultures. After their manager agreed it was a good idea, the characters were designed to reflect their look. When John Lennon famously refused on behalf of the band, the character personalities remained the same, but the song was changed from Beetles-style to a barbershop quartet. The lesser-known cast were the child actors, including director Woolie Reitherman’s son Bruce as Mowgli, Clint Howard (Ron’s younger brother) as Col. Hathi’s son, and Darlene Carr (The Sound of Music) as the nameless girl who captures Mowgli’s heart (She was given the name Shanti for The Jungle Book 2).

Walt Disney passed away ten months before the film’s release on October 18th, 1967. He didn’t get to see the rave reviews and box office success ($13 million then is like $100 million today). But one has to imagine that he would have been pleased to know that his profound changes to the production worked and made it the classic that we know today.

He may also have been proud of the amount of synergy the company has enjoyed following the film’s release. Not one, but two television series were based on the characters. TaleSpin in 1990 helped launch The Disney Afternoon, Disney’s first foray into a programming block in syndication. Jungle Cubs followed in 1996 on ABC, one year before Disney acquired the network and rebranded their Saturday Morning block as “Disney’s One Saturday Morning.” 1994 saw a critically acclaimed live-action film produced by Disney based on Rudyard Kipling’s novel. And when Disney’s Animal Kingdom opened in 1998, one of the original attractions was a short-lived show called Journey into the Jungle Book. Looking into the future, Disney is planning another live-action Jungle Book project for 2015 with John Favreau attached to direct.

Next week, Disney will “finally” release The Jungle Book from the Disney Vault. By “finally,” they are of course referring to the last time the film was available for sale. The Platinum Edition was released on October 2nd, 2007, which would make October 2014 the extremity of Disney’s typical seven-year rotation for their vault-able titles. But if you consider that Disney pressed those DVD discs until January 30th, 2010, the amount of time consumers have been unable to purchase this 1967 classic has only been four-years. So to those four-year olds who have lived this long not knowing the joys of seeing a boy and a bear try to “pick a prickly pear with the paw,” the wait is “finally” over. For the rest of us, it’s an opportunity to see the film in high definition with an assortment of new bonus features.