What better way to kick off a Valentine’s Day weekend than to watch a true love story? That is just what the folks at the Disney Parks Blog felt by hosting a meet-up for the special premiere of BLANK: A Vinylmation Love Story. 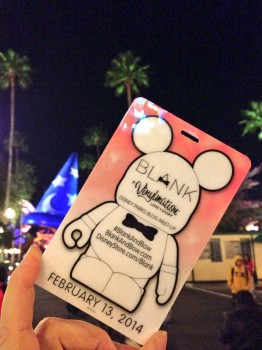 The Disney Parks Blog has a long history of hosting meet-ups for big events ranging from the opening of Star Tours The Adventure Continues to a pre-opening screening of Saving Mr. Banks. In this case approximately 200 lucky blog readers were invited to Disney’s Hollywood Studios for the premier of BLANK. The evening started off heading into the park and being directed to the Premiere Theater near the back of the park. Once in we were treated to complementary popcorn and bottles of coke products along with a fun photo op with Blank and Bow, the stars of the film. 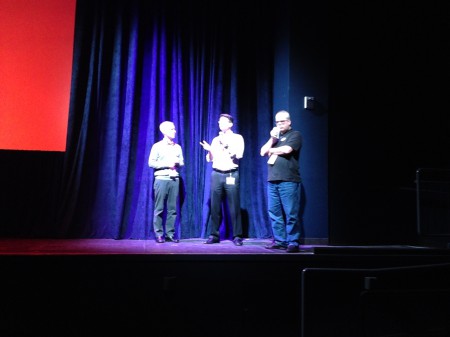 As part of the welcome to the event Steven Miller, merchandise communication manager  and one of the faces that any Disney Parks Blog reader should know, spoke a few minutes with one of the directors about the film and how the project took over a year to complete.  He also talked with some of the masterminds behind the Vinylmation figures about upcoming plans including a new Star Wars series that will be released for Star Wars Weekends and the next Popcorn series, which will be changing to a blind box style. 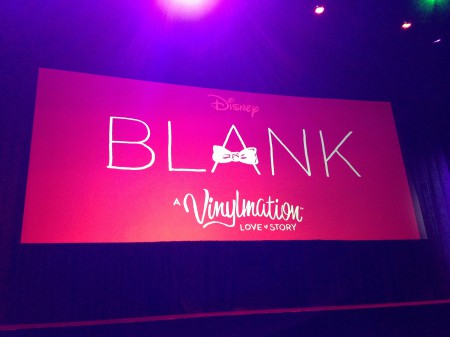 Then it was time for the big event! BLANK is a 39 minute stop motion film about 2 blank vinylmation figures Blank and Bow that fall in love, get separated and the journey they make to not only be reunited but the friends and changes to the world they make along the way. I am not a film critic that sees every film and picks apart every bit of it, but I am a huge film buff and I loved the film. For me it reminds me of classic silent films, even more so since in fact there is no dialog, that shows emotion through movement and actions. I know in my group I was one of the few that seemed to really enjoy the film, but as is always the case you can’t please all the people all the time. I won’t go into much detail of the film since it is better to be left for you to enjoy/judge since it is currently offered free via http://www.disney.com/Blank?CMP=SOC-DPFY13Q4Blank–AVinylmationLoveStoryComingtoDisney.com000408-08-13 or being shown this weekend with paid admission into Disney’s Hollywood Studios park. 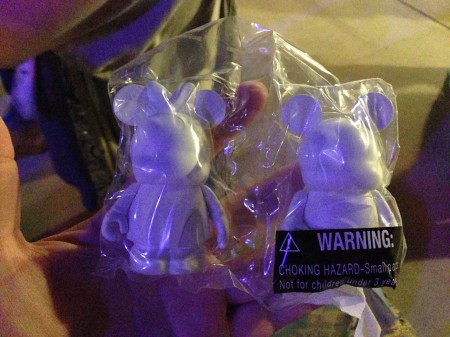 After the film we were given a “parting gift” our own vinylmation versions of Blank and Bow and had a chance to enjoy a walk out of a empty Disney’s Hollywood Studios. Overall another great event put on by the folks at http://disneyparks.disney.go.com/blog/ if you haven’t followed them on Twitter, you should change that right away because you never know when the next chance to attend an event will be!  I would also like to thank Josh Siegel for helping me fill in a few “blank” spaces in my memory.