All week we have been introduced to the cast of Star Wars Rebels.  We have met the crew of “The Ghost”; Rebels who are trying to escape and rise against the evil Empire.  As Disney’s first major effort in the Star Wars Universe, there is a lot ridding on this show.  Not only can this show bring new viewers to Disney XD, it is also laying the groundwork to building the franchise back up as it heads to Episode VII’s release.  As many younger viewer may be introduced to Star Wars through this show, it is important that it makes them look forward to Christmas 2015.

You can’t say that Disney Consumer Products is not supporting the show, with a wide variety of products hitting the shelves.  For many Star Wars fans, this is exciting as there has been little new Star Wars content and toys available lately, unless you count the Angry Birds spinoff.  Let’s take a look at a sampling of what will be available this fall. 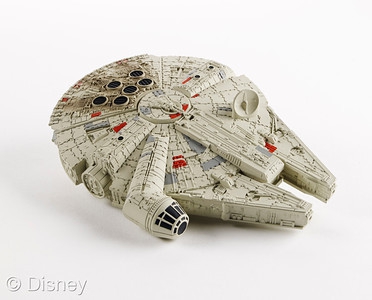 First up is a toy that is not specifically called out as being a part of Star Wars Rebels, so it is unknown if the most famous spaceship in the Star Wars galaxy will be in the animated series.  Of course I am talking about the Millennium Falcon.  But this spaceship is more than what it seems.  Inside are 24 permanently posed and collectible-sized figures which include 22 soldiers, two specially detailed Generals, six vehicles on stands and two special Strikers that can launch into battle.  There is much debate as to whether this ship will be in the animated series and Episode VII, but thanks to Hasbro… you can have it at home for $29.99. If you side with the Empire, you can bring home the Command Star Destroyer Set for $59.99 this Fall from Disney Store and DisneyStore.com.  This toy can launch 4 Energy Blast balls to attack the Rebel scum.  It also comes with eight permanently posed and collectible-sized figures —six soldiers and two specially- detailed Generals. 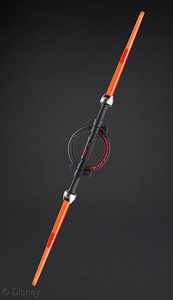 Darth Maul’s double-sided lightsaber is one of the most memorable parts of Episode I.  The Inquisitor in Star Wars Rebels has a similar weapon.  Kids can bring it home and either play with one blade, two blades, or launch a Force Disc to push enemies out of the way.  This toy retails for $19.99 and will be available at Disney Store and DisneyStore.com 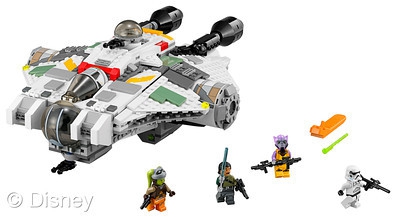 LEGOs are hot right now and there are two new Star Wars Rebels sets coming out this August.  The first is the rebel ship The Ghost which is at the center of the animated series.  The smaller set is a Phantom Ship.  Both sets feature minifigures of some members of the shows cast of characters.

Finally, we have the Star Wars Command Battle and Versus Packs.  The Command Battle Packs come with nine permanently posed and collectible-sized figures —eight soldiers and one specially detailed General. The Star Wars Command Versus Packs feature eight soldiers, two specially detailed Generals and two vehicles on stands.  These packs will be available at Disney Store and other retailers.

With the push Disney Consumer Products is giving Star Wars Rebels, it is exciting to see what they will come up with when Episode VII is released.  With the movie coming out during the holiday season instead of summer, it will be interesting to see the impact on toy sales.  Star Wars Rebels will premiere as a one-hour special on Disney Channel and will then regularly air on Disney XD.  And lastly, as always May the Force Be With You.