Well, Festival of Fantasy premiered at the Magic Kingdom this past Sunday and fans were overwhelmed with colors and detail, something those ole’ snow globes never gave us. It blew the high expectations out of the water and amazed guests as they watched along the parade route. So, let’s break this down.

It starts with the Tokyo import float, showcasing various princesses and their soul mates in a rose garden. Whether or not the Imagineers’ heads were cut off when painting the roses red is still not known. You’ve got your Belle & Beast. You’ve got your Cinderella & Prince Charming. The end of the float is a mix between Tiana & Prince Naveen and Elsa & Anna (with a semi-creepy Olaf for good measure), yet I don’t feel like Tiana appreciates it… Next up is the Tangled float, featuring the mime thug from the film in all of his inflatable-ness. The float is quite incredible with enough detail to make you question whether that decoupage table you’re currently making is good enough. It depicts a Viking-esque ship with a couple of thugs (who, apparently, have dreams) and Flynn Rider swinging back and forth on huge pendulums. 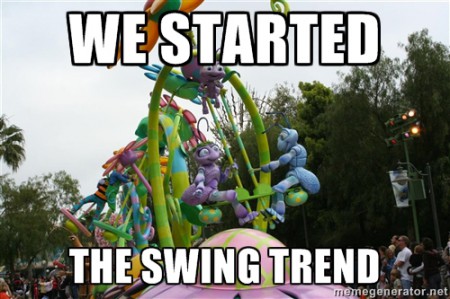 The Little Mermaid float seems like the odd one out in this parade. It’s gorgeous and everything, but puny in comparison to the other floats. While some wicked cool parade performers dance around in their seashell and sea horse outfits, Ariel is just dinglehopper-ing it up as she brushes her hair and flips her tail while everyone along the parade corridor (don’t you kind of wish that phrase was still a thing) yawns and waits for the fire. That is not a euphemism for Merida’s hair. 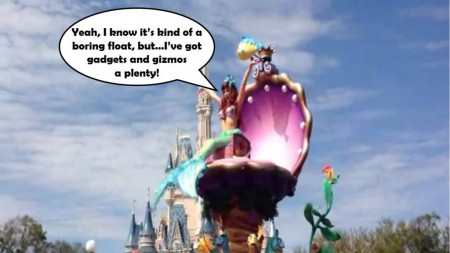 Then Peter Pan comes out and is all “I win.” with his magnificently complex float. It towers over his competitors the rest of the parade and Main Street with the Pirate Ship/Rainbow/Skull Rock/Captain Hook questioning his life choices/Tinkerbell holding up the rear combo. It is remarkable that we had to deal with a shiny Castle float for who knows how many years (heck, after this happened, they should’ve burned the dang thing) and yet, this is what they COULD have been giving us. 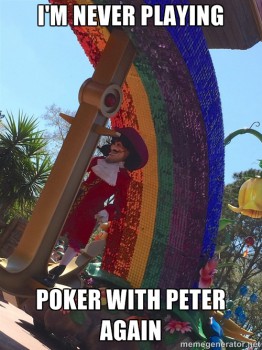 Merida stands atop a large bagpipe as Scottish dancers lyrically move about the float as the song “Touch the Sky” plays. That was a sentence I never thought I would ever type. The three brothers also make an appearance in their adorable bear form, popping up in random places on the float in an adorably fun way (not a scary way, like Alien Encounter). Let us forever remember that this won the Oscar over Wreck-It Ralph. 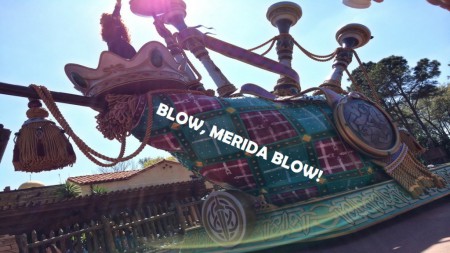 THE float of the parade is up next, the Steampunk and fire-breathing Maleficent dragon paired with thorn people (yeah, I don’t know either) with some ravens…and Prince Phillip with Flora, Fauna and Merryweather (can you say “Oppositional Juxtaposition”?!). The float is amazing, but I already know that the teenage Disney fan tumblrs will be pushing their Peter Pan obsession to the side and will become in love with Phillip, and he already knows it. 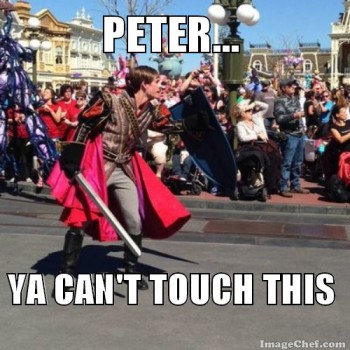 The finale looks like a Cirque Du Soleil show threw up, but in the best possible way. Pinocchio rides a fluorescent Monstro (beats me) while some of the Fab 6 (I count Daisy. Deal with it.) dance on a Fantastia/Dumbo mash-up section of the float. Either Walt Disney is super proud or rolling over in his grave. The parade is capped with Mickey and Minnie in a beautiful hot air balloon, whether they are trying to escape to the Wizarding World of Harry Potter is yet to be determined. 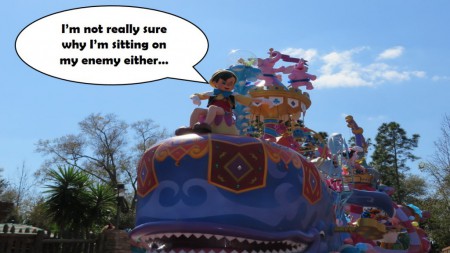 And that’s the parade. The amazing premiere is hopefully a sign for good things to come as far as in-park entertainment goes, especially since soon, this will be the only parade in all of Walt Disney World. Before we go, let’s check in real quick with Elsa… 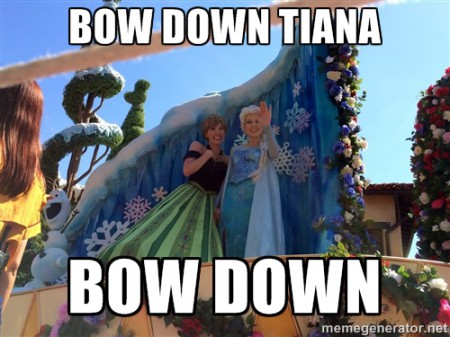 Wow. That was a little rude. I didn’t expect Elsa to even know Beyonce, let alone quote her. A billion dollars will go to a person’s head. Well, let me know what you think of the parade in the comments below or on the discussion boards. 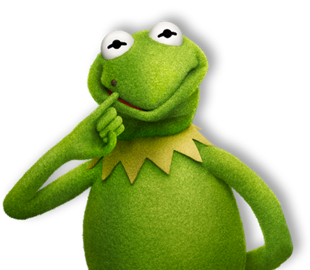