Recently within the world of Walt Disney merchandising there has been a resurgence of interest in the It’s a Small World attraction, which is celebrating its 50th Anniversary this year! American Disney fans have seen adorable handbags from Le Sport Sac detailing the various countries in the attraction, collector dolls that sing in both English and their native tongue, and various other collectibles.  But who was the mastermind behind the whimsy, glitter, bright colors, and iconic look of this much loved attraction?  Over the course of this week, we will take a look at the woman behind the color by exploring available books, books yet to come, and exhibitions. 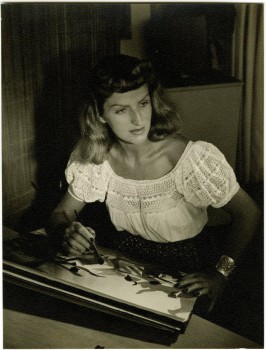 Mary Blair, born Mary Browne Robinson on October 21, 1911 came from humble, poor beginnings.  She was born in McAlester Oklahoma along with her fraternal twin sister Augusta, and additional sister to a low income family complicated by an alcoholic father.  At the age of 7, the Robinson family moved to Morgan Hill California near San Jose.  Even at a young age Mary Robinson knew with a sure minded passion that she wanted to study art, more specifically she wanted to become an illustrator.  She began to take art lessons and entering art competitions, which she often won thus increasing her professional sure mindedness.  Mary Robinson attended Chouinard School of Arts in Los Angeles (a school that should perk up every Disney fans ears!) as a scholarship student and it was here that she met, feel in love, and married fellow art student Lee Blair.

Husband Lee Blair, himself a water colorist, was a very important influence on Mary’s work. During her time at Chouinard,  she became intrigued about fine art and like her husband took a keen interest in watercolors.    At this point in time, Mary’s work was not indicative of what Disney fans think of as “Mary Blair artwork”. She utilized watercolors almost exclusively, the colors were more saturated opposed to vivid, and there was more fine detail in her work.  However, her watercolors still had a strong element of story- telling, the white of the page was used in the layer of the painting opposed to just a background, and the quintessential Mary Blair eye for attractive and engaging color could be seen.  It can be said that during this time, Mary Blair’s artwork felt more serious, moody, and in some ways foreboding. 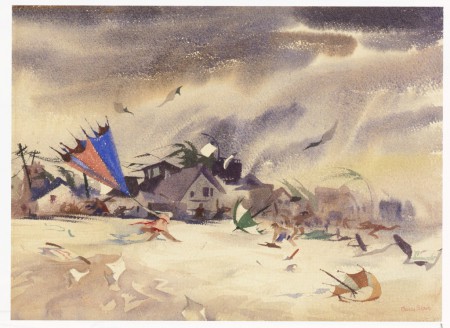 Despite the Blairs’ love for fine art and being influential members of the California School of watercolorists, the couple was unable to support themselves during the depression. Granted, their work appeared in fine galleries and exhibition halls proving the importance and popularity of their original works,  but it was sadly not enough income to live on. They looked for employment at the large cartoon studios in Hollywood, a field of art they felt was below them.  Lee Blair began employment first and worked for various studios while Mary continued to paint her delicate watercolors. Lee eventually found his way into the Disney studios working on many project and his wife Mary Blair soon followed in April 1940.

Mary Blair worked as a sketch artist on multiple projects already in process. Although she was able to experiment artistically, Mary Blair quickly became bored and frustrated with the work.  There were many reasons for her frustration.  One reason stemmed from the fact that she continuously joined projects already past the planning stages and into concept production.  Unlike her free spirited watercolors, she was forced to paint a preconceived  creative notion opposed to being an actual part of the initial designs and ideas.  Furthermore, she was not her own boss and worked under multiple veteran Disney artists. Due to this, her work did not look like that of one artist with a firm creative voice, but that of various artists.

Disenchanted, Mary Blair resigned in June 1941 to return home and work on her water colors while her husband continued employment with the company.  However, despite her short time at the studios, her beautifully moody sketches resonated with Walt Disney and he soon handpicked Mary Blair to be one of the artists to accompany him on his Goodwill South American tour.  Mary Blair jumped at the opportunity for travel and just three months after her resignation was rehired by the Walt Disney Company on August 11, 1941.

The Goodwill South American tour was quite fortuitous for Mary Blair and played a pivotal point in her future as an artist. It was on this trip that Mary Blair’s artwork flourished with the vibrant colors of her tropical surroundings and unexpected, thought provoking color combinations. Mary Blair utilized her watercolors but also reached for charcoals, gouache, and black backgrounds which further enriched her works with layers of bright colors.  For many Disney fans familiar with Mary’s work, it can be said that during this fruitful period, her true artistic voice began to resonate. 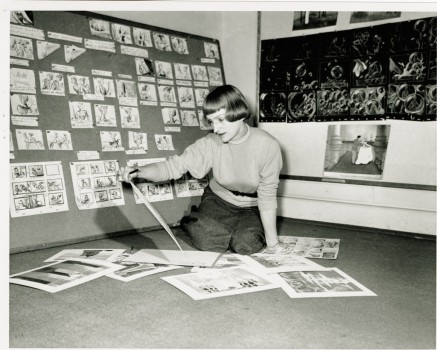 For the first time, Mary Blair found her place within the Walt Disney organization and worked on a film from the very beginning, and was her own artistic boss. The very things she longed for during her first employ.

Upcoming this week: We will take at look at Mary’s career with The Walt Disney Company as well as where you can find books to discover more about this amazing woman.