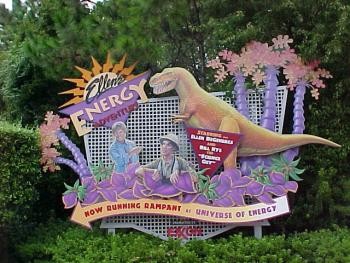 On this, September 15th, 2014, my favorite attraction of all-time is finally legal. That sounds more awkward than I expected it to, but either way, Ellen’s Energy Adventure is finally 18 years old. The replacement to the beloved EPCOT Center staple can now buy scratch off tickets.

It is my favorite attraction for so many reasons, even though when I say that, most people look at me as if I was the one who created “Superstar Limo”. The script for this attraction is so hilarious. I would go as far to say that the preshow is better than the beloved Muppet Vision 3-D. The humor is conversational, pun-tastic, and accessible for all. The “You’re in your car…” portion cracks me up to an obsessive degree every time I wait for the attraction.

The pre-show and main show get better with the inclusion of Jamie Lee “Stupid Judy” Curtis, Alex Trebek and the fantastic Bill Nye (ya know…the science guy). The jokes are all so funny, even Alex’s “We were looking for something more than just an embellishment of what I had already said” is surprisingly great, especially when coming from a pop culture figure we don’t associate with joking around.

Amidst the hilarity of the edutainment provided throughout the attraction about the concept of energy, you are riding in a crazy cool ride system. The moving theater breaking out of its stationary pattern, moving into a land billions of years ago, then proceeding to break apart from that formation onto a path through the land is spectacular. The dinosaur animatronics are rather gorgeous, as well, with their colors paired with the ominous lighting rather neat.

We enter the 2nd theater to find more humor in the form of a radio cast, then even MORE humor as Bill and Ellen (and Kramer, ‘cause why not) explore the different types of energy, though only one source of power will never run out.

Now, because it is my favorite attraction, I am the first to admit…the thing is dated. Super dated. Cell phone with an antenna dated. This attraction would benefit so much from a quick re-film, maybe altering the script here and there. Just bringing it into 2014 would help the attraction immensely. That would, however, have to include a new Ellen animatronic, because the one currently is hideous. It is rather awful.

A nice refurb/refilm would cost money, sure, but it would be a quick fix for such a fun attraction that still brings in a lot more people then you’d think. Ellen is becoming a Disney staple, too, with her Dory character becoming a classic, so why not make a deal with her for the parks, allowing her to re-shoot the attraction and put her voice into The Seas with Nemo and Friends? Next time you’re at the parks, give the ride a shot and understand why it is my all-time favorite attraction.