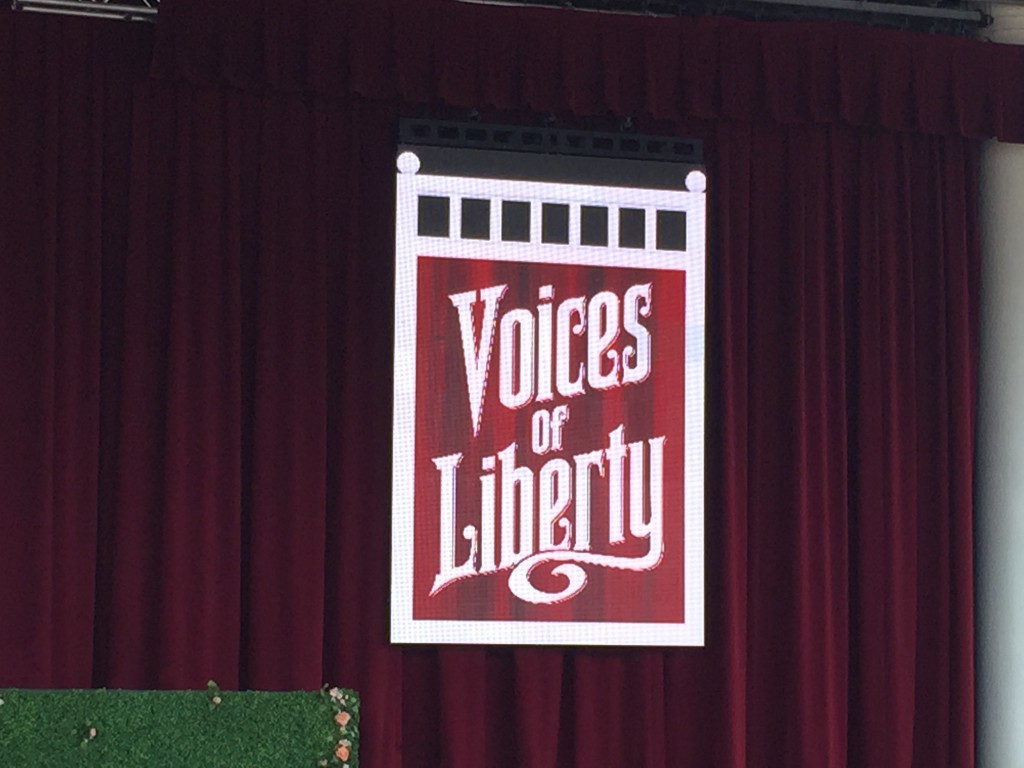 As part of a test, this past week the Voices of Liberty stepped out of the American Adventure rotunda and took the stage at the American Gardens Theater. The long running 8 person a cappella group has always called the rotunda home and belted out a few patriotic songs in each set before the American Adventure show, but this set is expanded to include 10 singers and focus more on film music. Including songs from Toy Story, Wizard of Oz, Newsies, and of course Frozen this new set was a great way to enjoy some beautiful weather and the beautiful singing of one of the most talented groups anywhere!